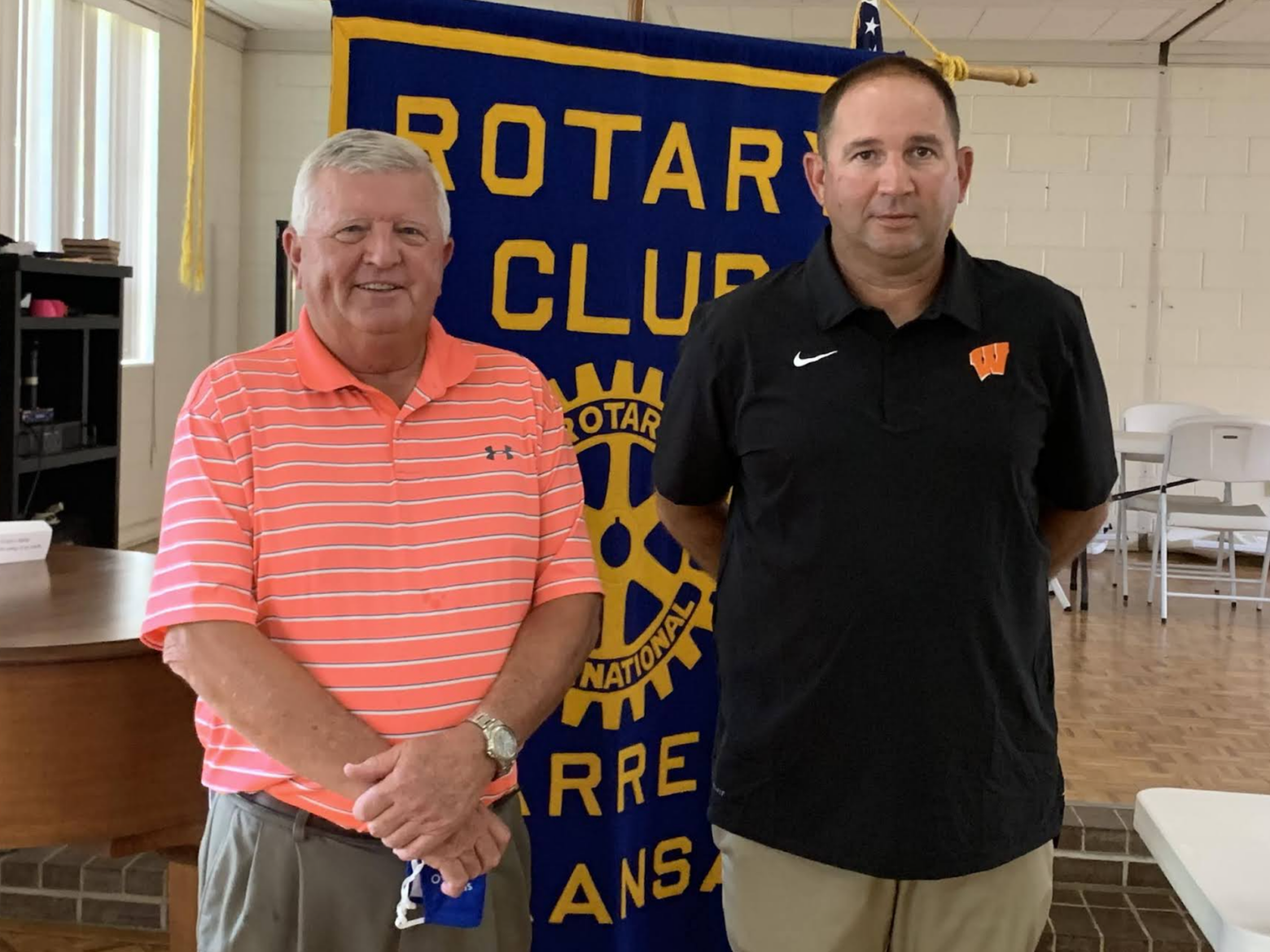 Warren Head Football Coach Bo Hembree was the speaker for the Warren Rotary Club Tuesday, August 24. The Club meets in the fellowship hall of the First United Methodist Church, located on Church Street in Warren. Coach Hembree was the guest of Rotarian Bob Milton. Coach Hembree has spoken to the Rotary Club preceding the start of each season since he has been at Warren over 20 years ago. He was the guest of the late Chuck Milton for several of those years and Mr. Milton’s son Bob has carried on the tradition.

Coach Hembree stated he was excited with the prospects for the 2021 season, although it will be a difficult schedule starting out with a highly ranked 5A team to begin the year, followed by a highly ranked 4A team, a team from Louisiana, and starting the conference season with a highly ranked team. Several class 8-4A opponents will be good and Warren will have to continue to develop and play well every week.

The Lumberjacks have nine starters returning on offense and eight on defense. Coach Hembree says he has a good sophomore class and many of them will provide depth.

Warren is rated number three in class 4A by Hootens, and number four by other publications. They should be fun to watch. Fans are urged to come out and support the young men as they carry forward the tradition of Lumberjack Football.

The first regular season game is set for Friday night, September 3 at White Hall against the highly ranked class 5A Bulldogs. The game will kickoff at 7:00pm.