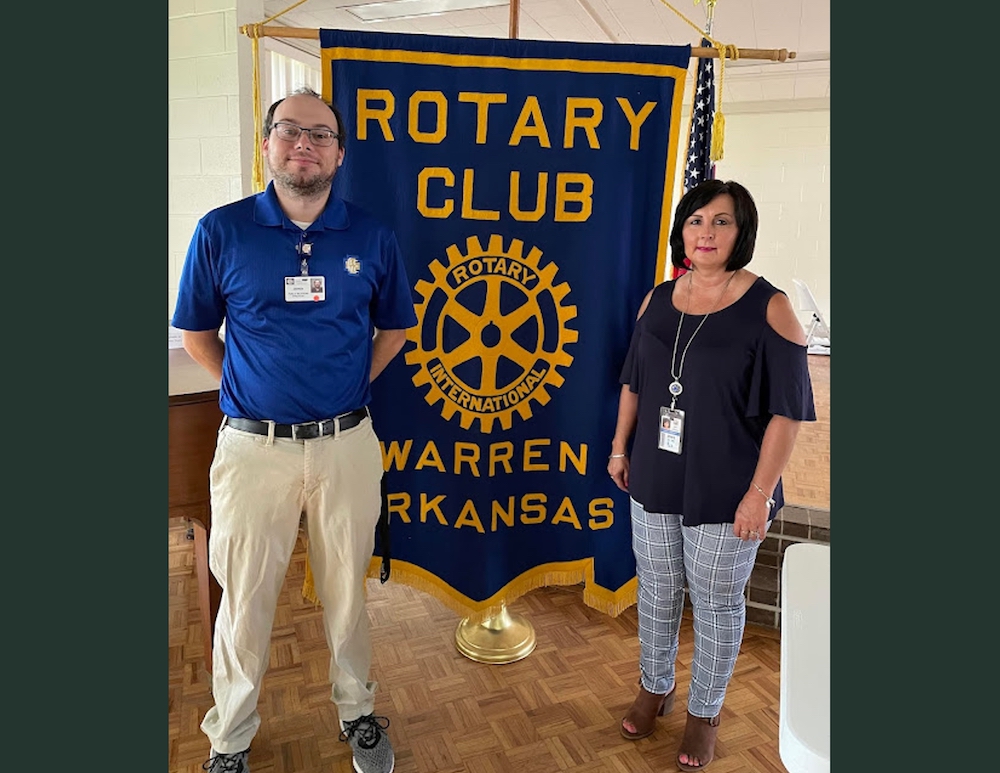 Rotarian Dana Harvey presented the program at the meeting of the Warren Rotary Club on Tuesday, August 17 inside the Fellowship Hall at First United Methodist Church. Harvey’s program was about the Veterans History Project, which aims to collect, preserve, and make accessible the personal accounts of American war veterans so that future generations may hear directly from veterans and better understand the realities of war. Arkansas Senator John Boozman is trying to get more accounts from Arkansas veterans as they only make up a small portion of the collection of the VHP program that began in 2000. Harvey handed out an information pamphlet along with information on how to contact people in Arkansas to get these projects done. She also played one of the videos of an Arkansas veteran, Jesse “Buddy” Trice of Augusta, Arkansas that was filmed a few years ago when he was 100 years old to show the group what the project does.