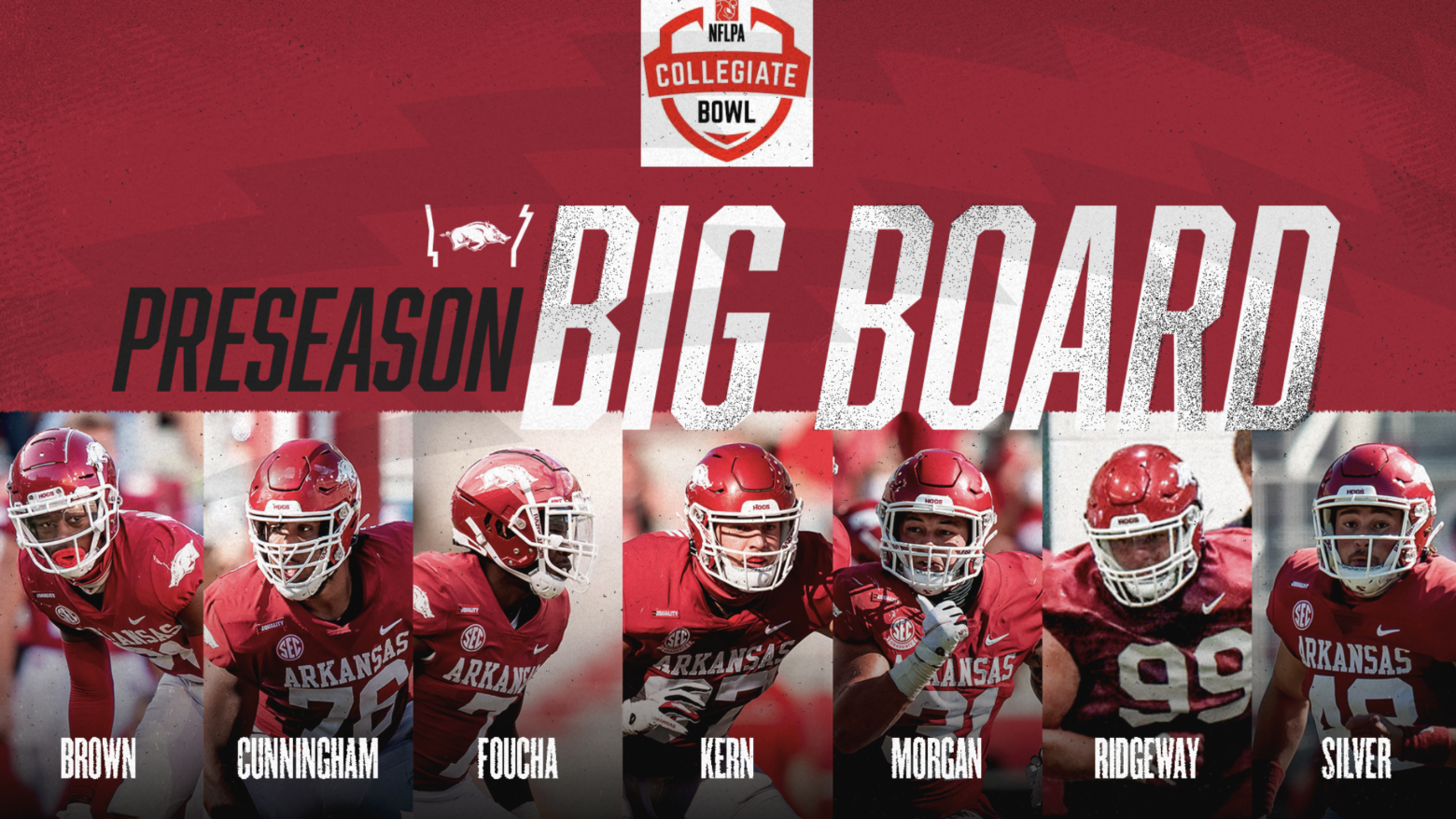 FAYETTEVILLE, Ark. – The NFLPA Collegiate Bowl has its eyes on the Razorbacks.

The 10th-annual NFLPA Collegiate Bowl, one of the premier opportunities for senior football student-athletes to showcase their talents to all 32 NFL teams, is set for Jan. 22, 2022, at the Rose Bowl in Pasadena, Calif., and will be televised live on NFL Network.

11 Razorbacks have participated in the NFLPA Collegiate Bowl since it was founded in 2012. Former running back Rakeem Boyd and defensive back Jerry Jacobs represented Arkansas in the game’s 2021 edition.

Arkansas opens the season at home against former Southwest Conference rival Rice at 1 p.m. Saturday, Sept. 4, on SEC Network+/ESPN+. Season tickets are available now and can be purchased here or by calling the Razorback Ticket Center at (479) 575-5151.