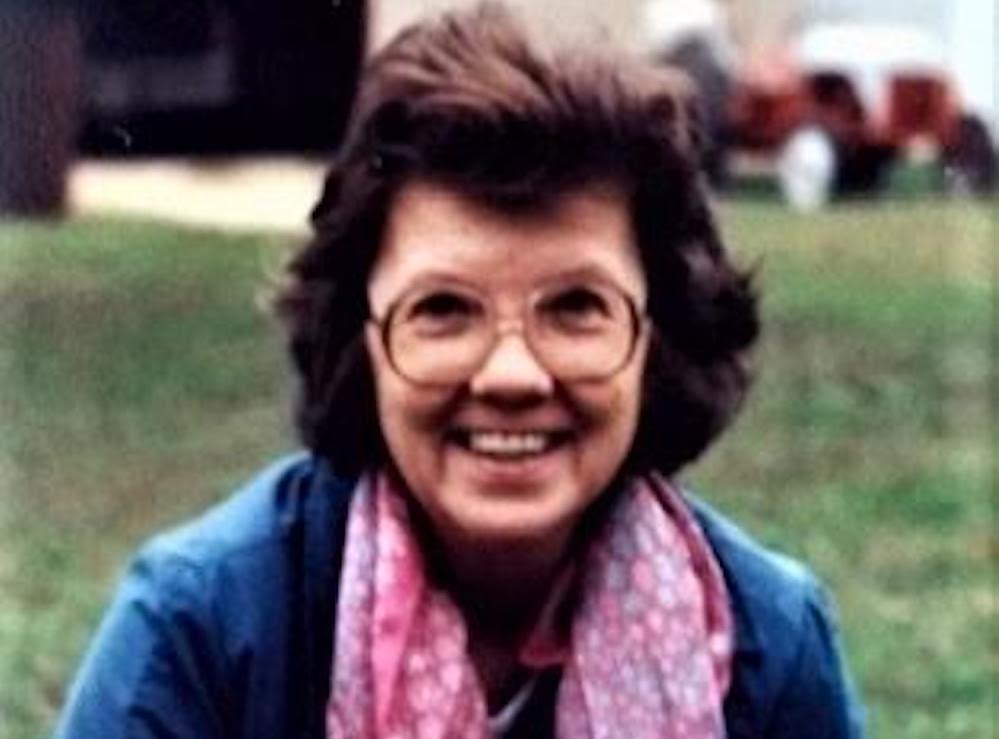 Shirley Castleberry, 84, of Warren, AR. passed away Saturday, August 7, 2021, following a stroke.
A loving wife and mother who always put her family first, she was gifted with both a sharp mind and artistic talent. Had she not met and married the love of her life in her teens, she might have attended Rice University and studied law, which was once her dream. Instead, she married an Arkansas “poor boy” and became his supportive partner of 68 years, birthing two daughters and serving as secretary/bookkeeper for his wrecker service in Pasadena, Texas, while he drove the wrecker and also worked a full-time job at American Can Company in Houston. Before their daughters were born, Shirley worked at the Canal Street Branch of the Houston Public Library, where the avid reader handled hundreds of books she wanted to read but somehow never found the time to do so.

Shirley was born Oct. 5, 1936, the youngest of three daughters of John and Iva Mae Gilbert on a farm outside Larrabee, Iowa. Her father’s death when Shirley was 3 precipitated the family’s move from the farm to the town of Larrabee, then Sioux City, Iowa, and finally, Houston, Texas. The transplanted Yankee would live in Texas for nearly 40 years. In Houston, she met and began dating Walter Jerry Castleberry. Their first date was New Year’s Day 1953; on Friday, Nov. 13, that year, the couple tied the knot in a private home wedding. Seven months later, Shirley graduated from Stephen F. Austin High School in the top five percent of her class, thus fulfilling a promise Jerry had made to her mother.

Approximately 18 months after they wed, Shirley and Jerry purchased a new home in Pasadena, Texas, moving their clothes, a cedar chest and a piano. Almost everything else had to be purchased. The steep debt that accrued from their first foray into home ownership taught them to avoid the use of credit whenever possible. Luckily, frugality was another of Shirley’s many talents. Jerry often said she could “squeeze a nickel until the Indian rides the buffalo.” Their first daughter, Patricia, was born in 1958, their second, Linda, in 1959.
Shirley worked in the home, sewing the family’s clothes and curtains, even upholstering furniture. While she was busy with the usual household duties of cooking and cleaning, phone calls often interrupted her, as the wrecker service received calls at all hours.

But in the spare time that she did find, Shirley enjoyed reading, and crafts such as crocheting, knitting and embroidery. Later, she did decoupage, cake decorating, flower arranging, ceramics, and oil painting. She canned homemade jellies and vegetables brought home from visits to Arkansas. Clothes were hung on the clothesline in the backyard. Throughout, her patience with her daughters was infinite and her love was unconditional.
When the American Can Co., closed in the early 1980s, Shirley’s frugality provided the savings that helped the couple to retire in Arkansas, where they built a new ranch style home on US 63 between Warren and Hermitage. Shirley designed that beautiful home and she would cherish every moment on the farm for the next 40 years, working the crops alongside her husband. Jerry sculpted the land and ponds, creating their farm. While the farm life could be a difficult one, Shirley and Jerry were more than up for the challenge. Their annual sweet potato crop was a local legend. Jerry often teased Shirley with his famous “you need to plant some more corn” line. But each spring, Jerry would be on his tractor, planting more corn. Their welcoming home was a popular destination for out-of-town friends and family as well as local neighbors. The one-time wanna-be-lawyer had found a life richer and more fulfilling than any law career.

A quiet and petite woman, Shirley was often underestimated, whether it was the co-worker who marveled at her staying power while planting potato slips –his comment that she was “as tough as barb wire” earned her the nickname “barb-wire” — or the cocky youths who thought they would easily best her in a game of ping pong, only to discover she had ferocious skills perfected in high school PE classes and never forgotten.

A woman of firm beliefs but an open mind, Shirley had a thirst for learning she never quenched. Until her eyesight failed in her later years, she was a frequent visitor in the public library, reading thousands of books. She read the Bible from cover to cover. Late in life, Shirley spent many hours on the phone each day with her girls, providing wise counsel, laughing and gossiping. Conversations would end with, “There was something else that I wanted to … ah shoot I can’t remember it.” Many times, those words were followed quickly by …”wait a second now I remember!” Trish and Linda will deeply miss those daily visits, especially all the “ah shoots.”

Shirley is survived by her loving husband, Jerry, daughters and sons-in-law, Patricia and John Steve Allen and Linda and Robert Blanchard, four grandsons, and numerous other relatives and friends. She will be deeply missed by all who knew and loved her.