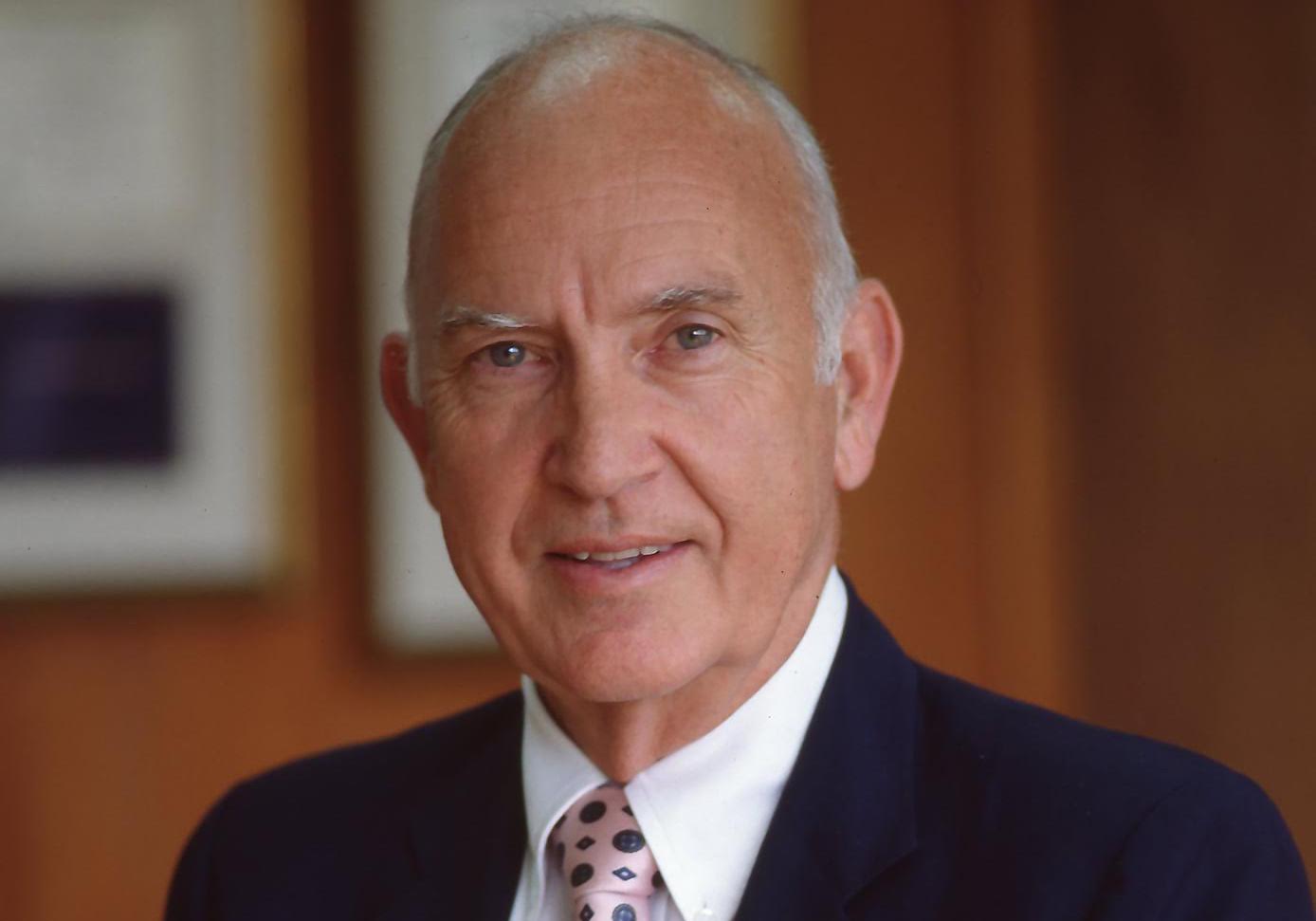 Monticello, Ark. – Dr. Fred J. Taylor, former chancellor of the University of Arkansas at Monticello, passed away August 27, 2021 in Little Rock. Dr. Taylor served as chancellor from 1977 until 2004 and was the longest-serving chief executive in UAM’s history. Before he came to UAM, he worked for the University of Arkansas at Fayetteville and the UA System in various administrative roles.

During his 27 years at the helm of UAM, the university saw enormous growth in enrollment, program offerings, and capital projects. The academic accomplishments of students were always a particular point of pride Taylor. He once said of UAM students, “It’s not where they came from, but what they’ve been able to achieve that validates the role and mission of the university.” His unwavering commitment to providing all students access to higher education remained front and center. He believed that UAM always represented opportunity. Dr. Taylor and his wife Janice were also lifelong advocates of the arts throughout the state and, especially, in southeast Arkansas.

During Dr. Taylor’s tenure, UAM created the first master’s degree and earned specialized accreditation for programs in forestry, teacher education, music, and nursing. Taylor was instrumental in the creation of the UAM Foundation Fund, as well as the completion of many significant capital building projects. These included the Gibson University Center, the Agricultural Research and Extension Center, and the Fred J. Taylor Library and Technology Center. He also facilitated the mergers of Great Rivers Technical Institute and Forest Echoes Technical Institute with UAM to create the UAM College of Technology at McGehee and the UAM College of Technology at Crossett. The result was a comprehensive system of post-secondary education in Southeast Arkansas.

Upon announcing his retirement, Taylor reflected upon his time at UAM. “A university is the most exciting place a person can spend a career and a lifetime,” he said. That excitement was sincere, and lifelong. Dr. and Mrs. Taylor remained connected to the university even after leaving Monticello, through supporting student scholarships at the institution they once called home.

Dr. Taylor’s memorial arrangements will be announced at a later date.