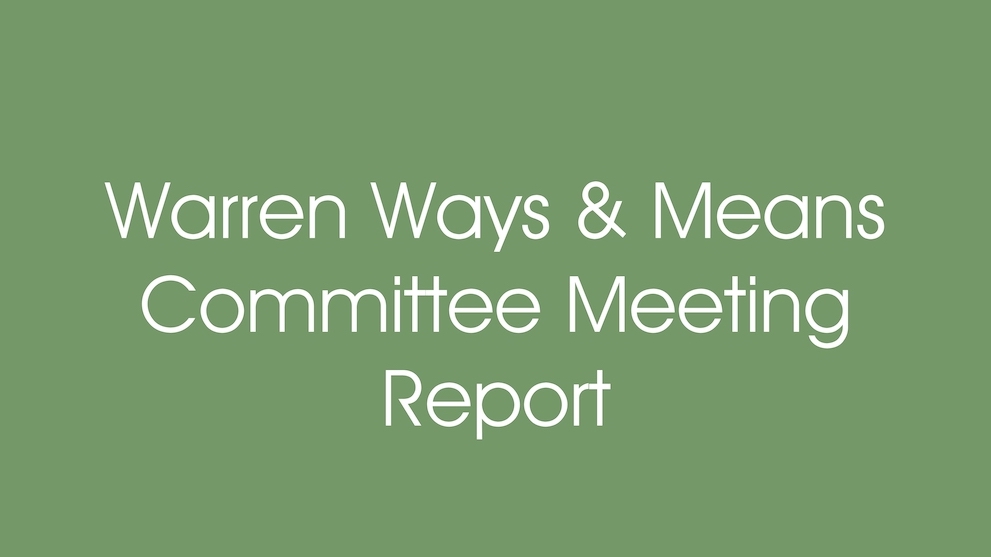 Members of the Warren City Council Ways & Means Committee met Tuesday, July 27 to discuss the recently approved sewer bond issue and to start discussing the use of funding the city has received through the American Rescue Plan. Present were Committee Chairperson Dorothy Henderson, Council Member Emily Moseley and Council Member Memory Burks Frazer, who attended via phone. Also in attendance were Mayor Pennington and two members of her staff along with Water and Sewer Manager Tenay Reep. The meeting was open to the public and the press was represented.

Tenay Reep went over the status of the recently approved sewer upgrade bond issue and modest rate enhancements recommended by the Water and Sewer Commission to sufficiently amortize the bonds. The committee reviewed the information and agreed to present it to the full Council for action.

The Mayor then updated the committee on information she has available concerning the City’s potential use of American Rescue Plan Funding. Warren has received $577,249.22 and expects about that much more. The money is set aside in a special account in order to satisfy all federal regulations. The committee members were given written information on how the money must be spent. The Mayor stated the regulations are not finalized and she continues to research the City’s options with help from the Arkansas Municipal League and the Southeast Arkansas Economic Development District. The City has until 2024 to finalize its plan to spend the money and until 2026 to spend it all. It is hoped the final regulations on spending are available by mid August, 2021.

The committee talked about using the funds for water and sewer, streets, and a variety of other city needs.