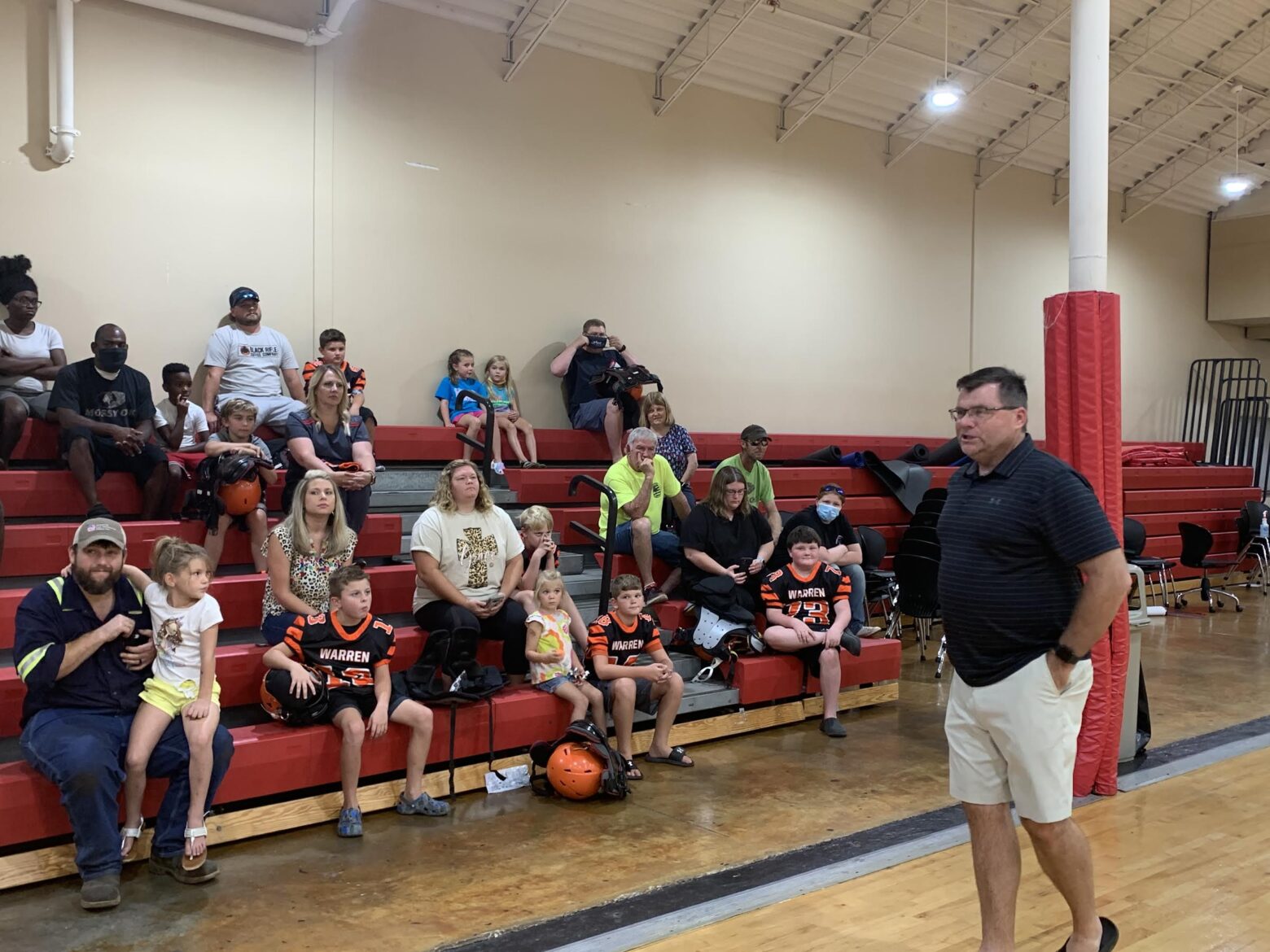 The Donald W. Reynolds YMCA of Warren and Bradley County is set to begin its Pee Wee football season for 2021. COVID wiped out the 2020 season but plans are to proceed with the 2021 season along with several other community programs in Southeast Arkansas.
There will be two leagues. One league is for grades 3 and 4, and the other league is for grades 5 and 6. As of August 10 the third and fourth grade team has 21 players and the fifth and sixth grade squad consist of 23 players. It is a good size program and the kids taking part will be well coached and get to learn the fundamentals of tackle football.

Warren Pee Wee football has a long and rich history. The program is the beginning of Lumberjack football, which starts as the students reach the 7th grade. It is well run based on Christian attitudes and sportsmanship principles that teach the players how to compete and win the right way.

YMCA Director David Richey met with the parents and guardians Tuesday evening and went over the rules and expectations for the upcoming season. Football gear was handed out to the players. The first games are set for August 28. More information will be forthcoming.

Cheerleaders have started practicing for both age groups.