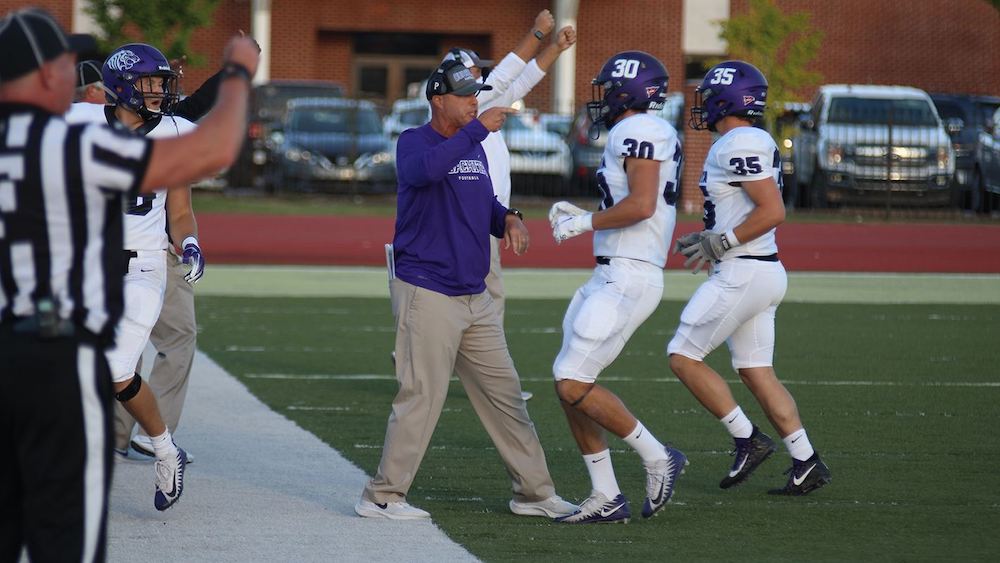 SEARCY, Arkansas – Ouachita Baptist University’s 30-game conference win streak in football came to an end on Saturday with a 38-21 loss on the road against the Harding Bisons.

Ouachita opened the game’s scoring with a touchdown on the opening drive. Grant Allen connected with Tucker Swoboda for a 14-yard touchdown pass to cap a nine-play, 81-yard drive that used 4:09.

The Bisons then scored 24 unanswered throughout the remainder of the first half to take a 24-7 lead into the locker room at the break.

The Tigers forced one of Harding’s two punts in the game on the first drive of the second half, and then marched 55 yards on six plays to cut the deficit to 24-14. The scoring play was a 35-yard touchdown pass from TJ Cole to Hayden Waller, the first career touchdown pass for Cole and the first receiving touchdown for Waller this season.

Harding answered with two scores to go up 38-14 with 6:33 remaining in the fourth quarter.

Kendel Givens punched in his 10th rushing touchdown of the season with 2:14 remaining in the game to cap a nine-play, 68-yard drive that used 4:16. It was the final score of the game, as Harding ran the clock out to seal the victory.

Saturday’s loss was Ouachita’s first conference defeat since October 7, 2017, a 31-28 loss to Harding on Homecoming. The Tigers responded that season with five consecutive victories to win the Great American Conference championship.

Ouachita is back in action next Saturday, October 2 at home against Northwestern Oklahoma State for Homecoming. Kickoff is set for noon at Cliff Harris Stadium.