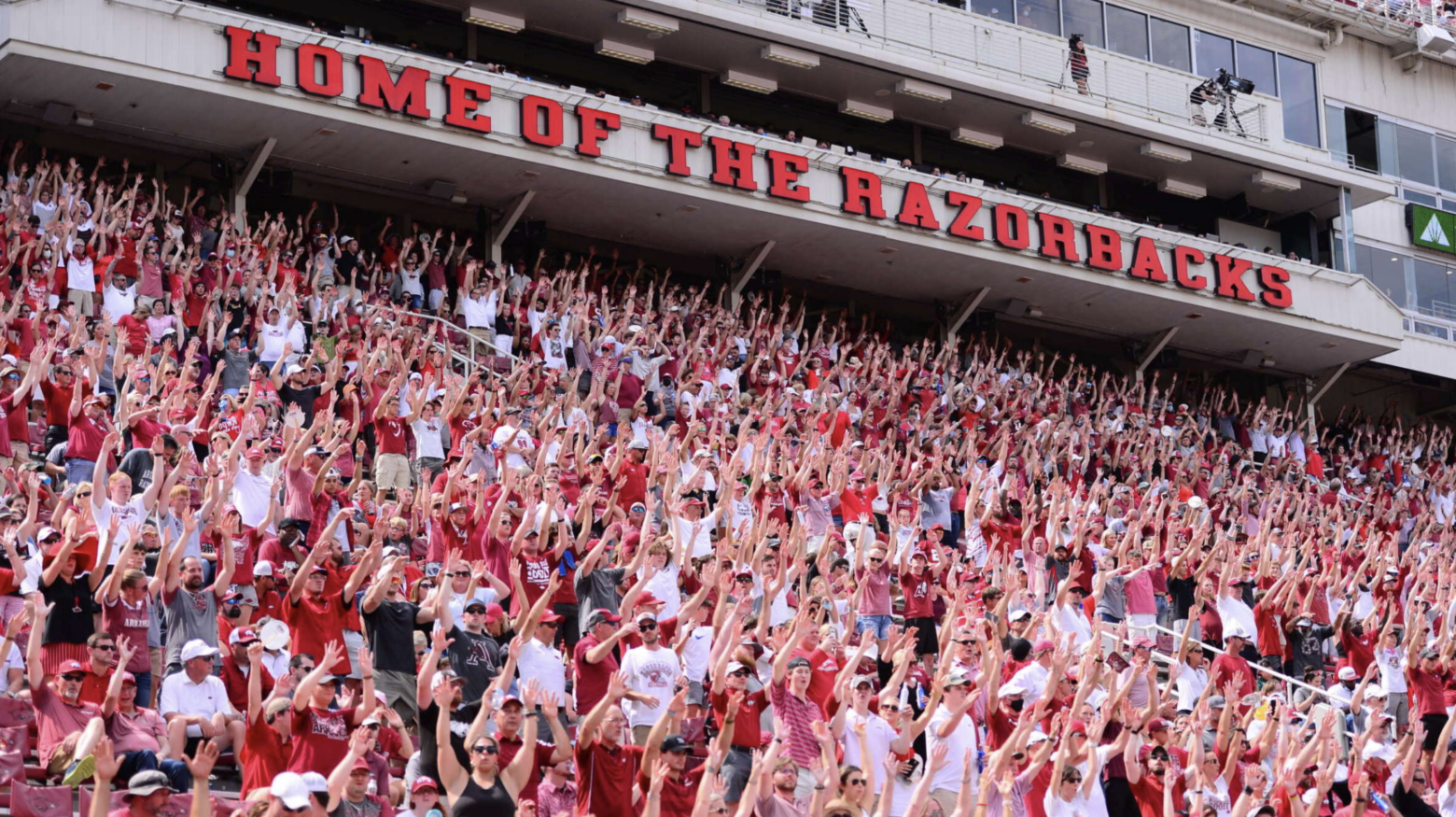 FAYETTEVILLE, Ark. – For the first time since 2017, Donald W. Reynolds Razorback Stadium will be filled to full capacity when the Arkansas Razorbacks host rival Texas on Saturday night in primetime at 6 p.m. on ESPN.

The match-up with the Horns will also feature a stripe out Razorback Stadium with fans being asked to wear red or white to the game depending on the section their seats are located in. Click here for a map with a full breakdown of which colors coincide with which sections in the stadium.

The second year of the Sam Pittman era began with a 38-17 victory over Rice yesterday in front of the largest crowd at DWRRS since 2018 with 64,065 tickets distributed. After hosting Texas on Saturday, the Hogs will have home games remaining against Georgia Southern (Sept. 18), Auburn (Oct. 16), UAPB (Oct. 23 at War Memorial Stadium), Mississippi State (Nov. 6) and Missouri (Nov. 26).