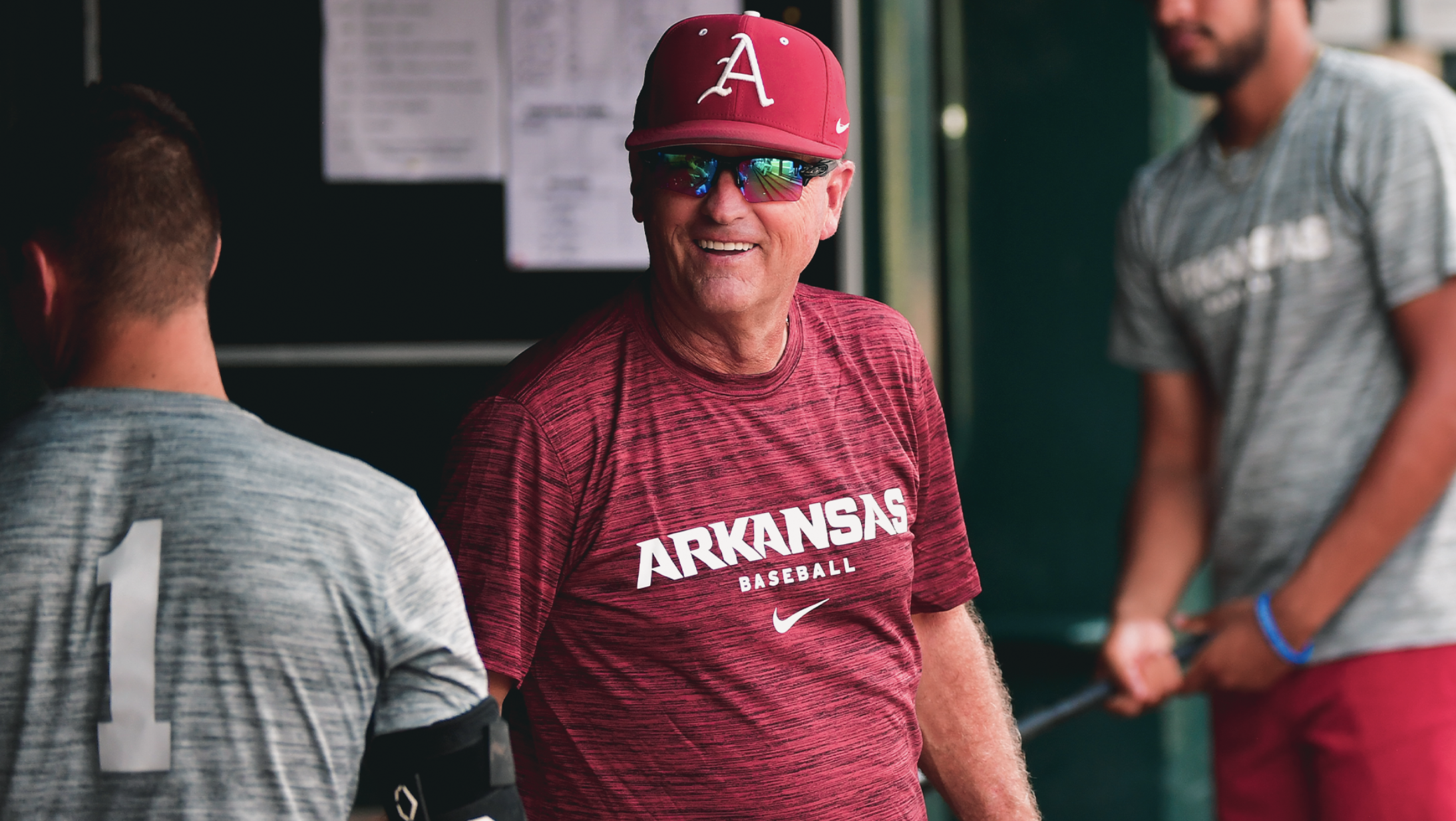 FAYETTEVILLE, Ark. – 54 regular-season games, including 10 conference series and a much-anticipated return to Dickey-Stephens Park, are on the Razorbacks’ 2022 schedule, which was announced Wednesday afternoon.

Arkansas, the defending SEC champion, will open the campaign – the program’s 100th season of competition – inside the friendly confines of Baum-Walker Stadium, hosting Illinois State in a three-game series (Feb. 18-20).

The Hogs’ first of two trips to minor league ballparks during the 2022 campaign comes the following weekend at the Round Rock Classic (Feb. 25-27) in Round Rock, Texas. Arkansas will play Indiana, Stanford and Louisiana at Dell Diamond, home to the Texas Rangers’ Triple-A affiliate Round Rock Express, on FloBaseball.

Most notably, Arkansas will return to Dickey-Stephens Park in North Little Rock, Ark., after a two-year hiatus to square off against UCA (April 26). Prior to the pandemic-affected 2020 and 2021 seasons, the Hogs had played a non-conference game at the home of the Seattle Mariners’ Double-A affiliate Arkansas Travelers every year since 2010.

The SEC Tournament (May 24-29), meanwhile, returns to Hoover Metropolitan Stadium in Hoover, Ala, for the 23rd postseason in a row and the 25th time in history.

All games and times are subject to change for TV designations, which will be announced at a later date.