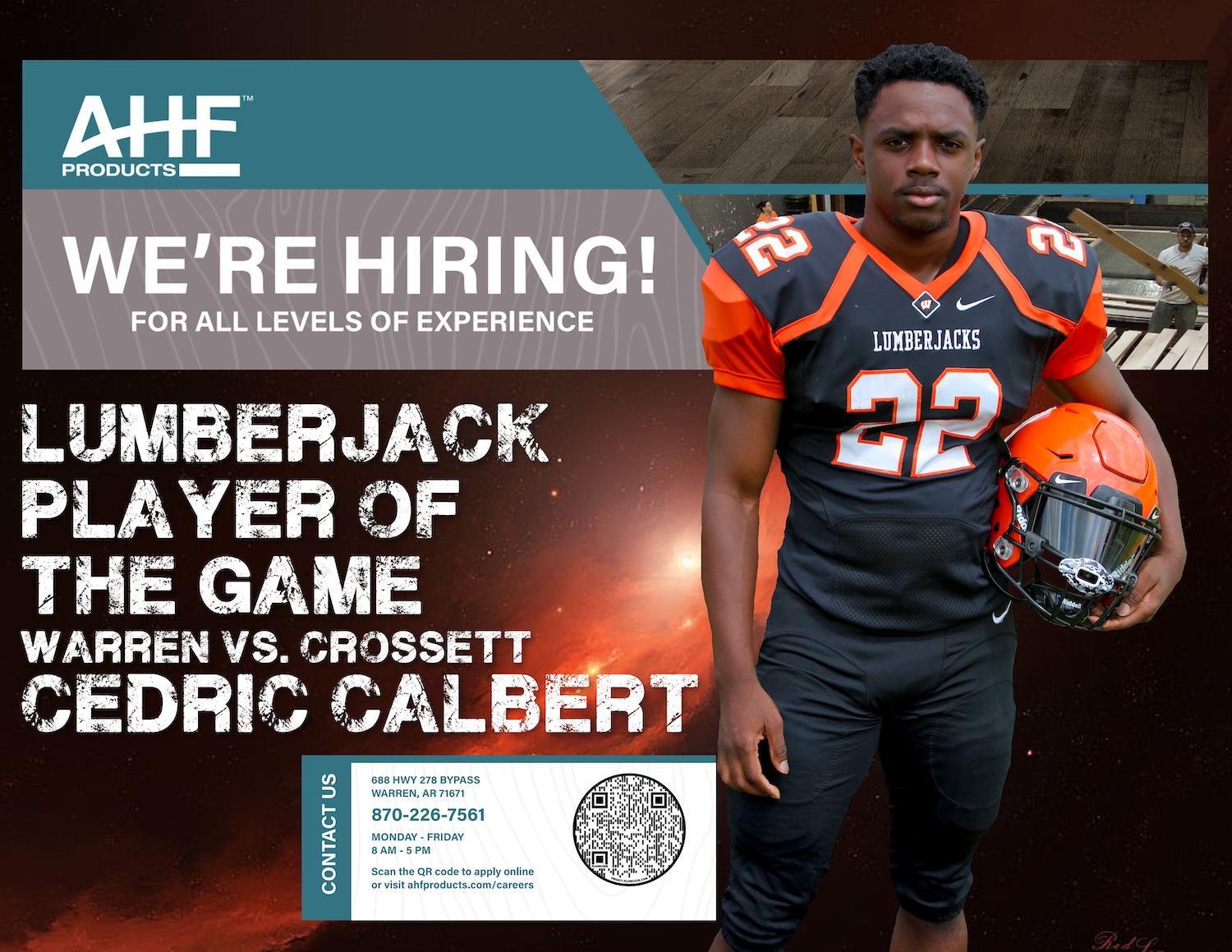 Warren tailback Cedric Calbert has been named the AHF Products Lumberjack Player of the Game after a stellar performance against Crossett Friday night, September 24, 2021.

Calbert led the Lumberjacks in rushing for the game, running the ball 24 times for 165 total yards and a touchdown. His longest run of the night was a 40 yard blast up the middle. Calbert averaged 6.9 yards per carry on the night.