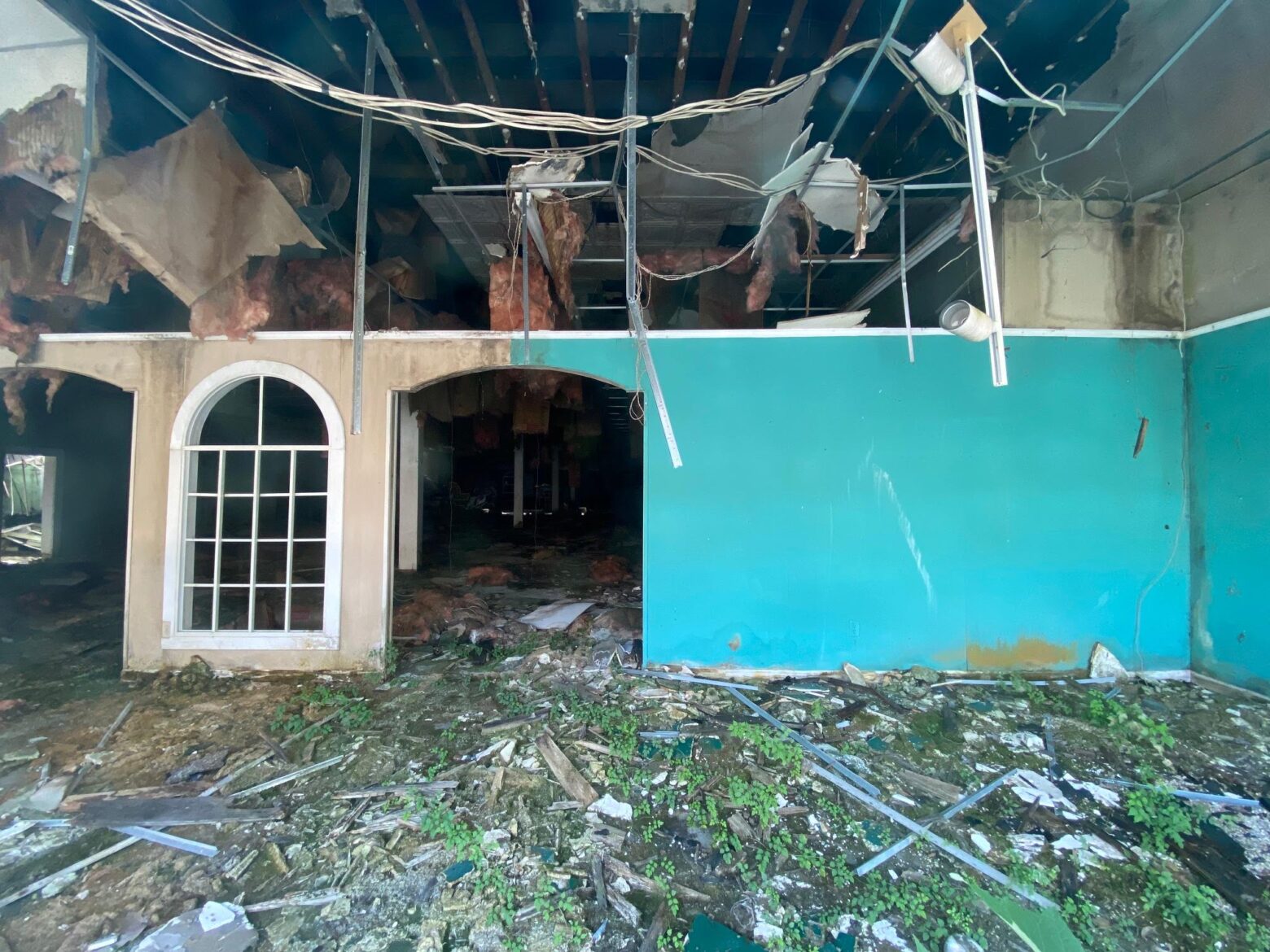 The safety and stability of the old Bryant’s Furniture building on Main Street in Warren was one of the big topics of discussion during the September Warren City Council meeting held Monday evening. Council member Dorothy Henderson raised the issue of the deterioration of the front of the building that has recently begun to show, with an entire panel breaking away exposing rotting wood and the underneath dilapidated exterior.

An historic portion of the Main Street of Warren, over the past decade in particular, the old Bryant’s building has felt the brunt of time.

In the past, the building was home to West’s Department Store, a large general store that sold an array of items, including clothes. West’s closed sometime around the 1970s. After West’s Department Store went out of business, the building became home to what is still considered its namesake, Bryant’s Furniture. Mr. Leland Bryant operated a full-scale furniture retail business from the location for many years. After Mr. Bryant retired and passed on, the building remained empty for some time, before it was eventually donated by the Bryant family to the Bradley County Chamber of Commerce. Intentions were at the time to utilize the building in some way for the benefit of the downtown, but things simply did not work out. The building would later become delinquent. The City of Warren purchased the building years later for the cost of the delinquent taxes, a relatively small amount, with the goal of using the property in some way for either sale to a private company, or for public use.

For quite a while now, it has been clear the building will require removal. Ideas have been batted around for use of the property ranging from tearing the building down to build a downtown parking lot, to perhaps being cleared for the construction of some sort of stage that could be used during events such as the Bradley County Pink Tomato Festival.

No matter the eventual use of the property, the building’s structural soundness and the general appearance to downtown Warren has become a real concern.

As Mayor Denisa Pennington stated during the latest Warren City Council Meeting, an inspector arrived Tuesday morning to analyze the biggest roadblock to the removal of the building, asbestos. Before the building can be demolished, the asbestos must be taken into consideration.

“I’m working with ADEQ on a grant for the inspection and abatement,” Mayor Pennington told the Council. She said there is a process the City has to go through, and the first step is the asbestos inspection.

Council Member Henderson indicated concern over the state of the structure itself, citing the fact that many people park close to the building on the west side of Main Street in order to shop at other stores, as well as the fact that the sidewalk in front of the building is heavily trafficked by walkers.

Mayor Pennington said in response that the asbestos inspection is the first step in the process, and she is trying to make sure the City remains eligible for potential grant funds to eventually remove the structure. “I’m trying to follow the steps, so that if there is any grant money available to us that we can get it,” she said. “If not, then we’ll just have to move forward and do what we’ve got to do.”

The Warren City Council is planning to continue the process of inspecting the building, and then getting prices on the cost of removal.

Photos: The deterioration of the old Bryant’s Building on Main Street in Warren. Photos by Saline River Chronicle