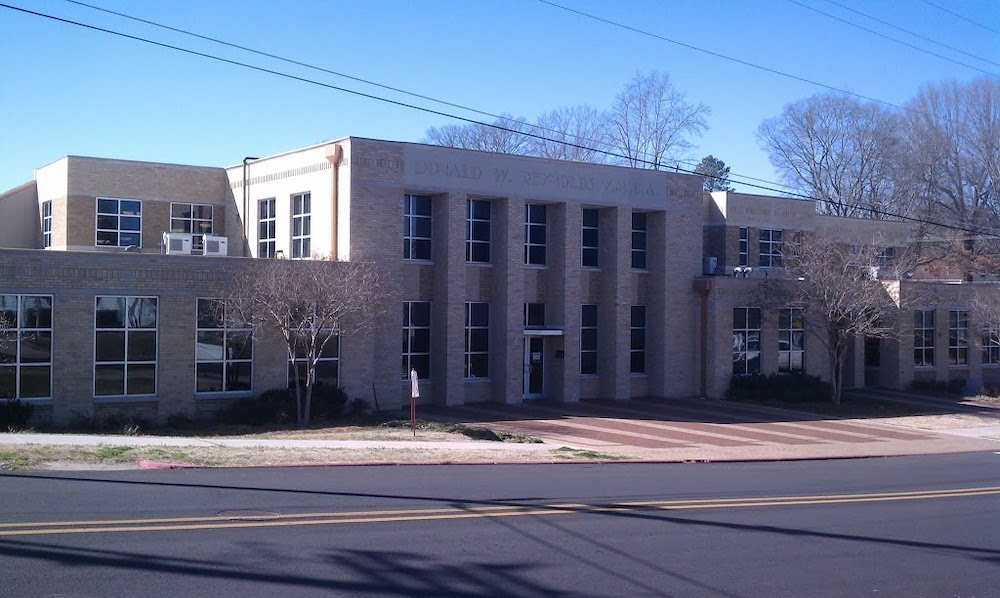 A group of board members, staff, and the public gathered in the lobby of the Donald W. Reynolds YMCA of Warren and Bradley County, Tuesday, September 28 to celebrate and mark the 101 anniversary of the Y, located on Main Street in Warren. There were pictures and various paraphernalia denoting the history of the Y in Warren, along with food and a lot of fellowship. All the while, there were kids and adults taking part in the many Y programs. KWRF Radio was live on the air doing interviews and helping promote the Y, its history, and its present.

According to the Executive Director of the Y, the organization currently has about 1200 members and serves a number of others who pay to participate in particular programs. The Y works three full-time employees, five part-time and another four seasonal, primarily during the summer. More than 50 volunteers help with programs including youth sports and fitness programs. David Richey is the Executive Director of the organization which is governed by a Board of Directors. The Donald W. Reynolds YMCA of Warren and Bradley County is a non-profit entity and is part of the national YMCA. Warren is one of the smallest communities in America to have a full service YMCA located within its jurisdiction.

Historically, the Y in Warren was founded and organized by the “Council of Twenty-Two”, a group of Warren citizens and business people whose mission was to promote community welfare, particularly to benefit youth. The Y has always served all ages and continues to do so. The Council consisted of the following: Louis Ederington, Bryan Martin, Lee Martin, H. C. Milner, Owen O. Axley, Rev. W. F. Rogers, Rev. S. W. Brown, Rev. W. A. Steele, Rev. G. L. Bowles, M.L. Thrailkill, Roy Adams, Fred L Purcell, J. W. Feaster, C. C. Cuthbertson, J. C. Hobbs, W. B. Massey, W. E. Moseley, J. C. Jolly, J. C. Scobey, Carl Hollis, and D. A. Bradham. Many of these names will be recognized as well-known families who make up a lot of the history of Warren. In many cases their descendants also contributed to the community of Warren and Bradley County.

The original Y building burned and a new one was constructed. That effort was led by some of the same families, but joined by more business and community leaders. In later years, a grant of several million dollars was secured for the Y from thevDonald W. Reynolds Foundation to make major improvements and upgrades to the facility, expand the building, construct a new pool, and improve the Little League Baseball field. The grant required a substantial fundraising campaign to match the grant. Led by John B. Frazer, Jr and others, the Y raised over a million dollars to meet the need. At the time the YMCA was under the leadership of Executive Director David King.

Many of those who grew up in Warren and used the YMCA as a place for sports, swimming, and generally a place to spend time with friends and take part in all kinds of activities contributed.

The Y in Warren is a modern and safe building that serves the entire community well. An annual fund drive continues to be held each year to help operate the organization and keep memberships within reason. Membership assistance is provided for the low income who cannot afford to take part. The Y and its programs are truly available to everyone in the community and surrounding region.

Most young people who grow up in Warren have utilized the Y and it is a place of historical significance to Warren and Bradley County. It continues to serve all the people of our community. It is a blessing.

Additionally, there exists a YMCA Foundation, which raises money and invests it to generate funds to help and supplement the Y. A separate board oversees the Foundation and contributes annually to the Y Board of Directors.