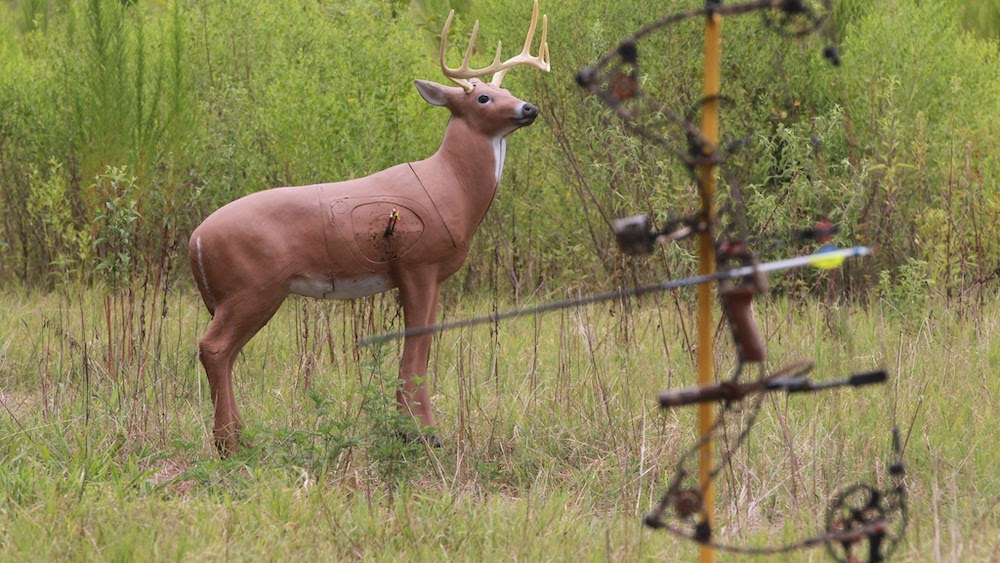 MAYFLOWER — The Arkansas Bowhunters Association will host its annual Fall State Championship and Bowhunter Bonanza at the Arkansas Game and Fish Commission’s Camp Robinson Special Use Area in Mayflower Sept. 18-19. Anyone interested in 3D archery and joining a group of avid archers is welcome to attend.

Participating in a 3-D archery tournament may offer the finishing touch to your practice before heading to the woods on Sept. 25 for the statewide opening day of archery season. In addition to shooting at life-sized, realistic targets, a competitive shoot can add that little bit of edge a bowhunter will feel when they draw on the real thing.

The ABA partners with the AGFC to promote and coordinate urban bowhunts throughout Arkansas, and many of its volunteers teach Bowhunting Education for participants of those hunts to ensure safe, ethical harvest of deer in areas where human/deer conflicts occur.

According to Carrie Crawford, the association’s central Arkansas field governor and master instructor for the International Bowhunting Education Program, 14 divisions are available for people to shoot.

“Everyone from young children to seniors has a division to shoot in,” Crawford said. “We also separate divisions by the type of bow you shoot. Compound bows, recurve bows and longbows all have their own divisions to compete in.”

Special youth competitions include three age ranges (up to 8 years old, ages 9-12, and ages 13-15). All youths 12 and under have no entry fee to participate.

Crawford said each participant will get to shoot two rounds of 20 targets Saturday and Sunday to determine rankings. If someone doesn’t want to shoot both days, they can just shoot one round or even shoot both rounds in one day, but only those who shoot two rounds will be ineligible for Sunday’s final shoot and awards.

The ABA’s special Bowhunter Bonanza will be held in addition to the tournament, with 10 targets set at unknown distances for people to shoot. Each participant must wear at least one article of camouflage clothing (hat, shirt or pants) and will be entered into a drawing for a hunter’s prize package. Traditional (longbows and recurve bows) and modern (compound bows) will each have their own prize package awarded. Door prizes also will be given away for participants on Sunday.

“We’ll finish with a shootout in each division at 2 p.m. on Sunday, and then award prizes,” Crawford said. Combined scores from both days will determine the winner in each division.”

Visit www.arkansasbowhunters.org or call Crawford at 501-733-9126 for more information on the shoot and other archery events the ABA coordinates.