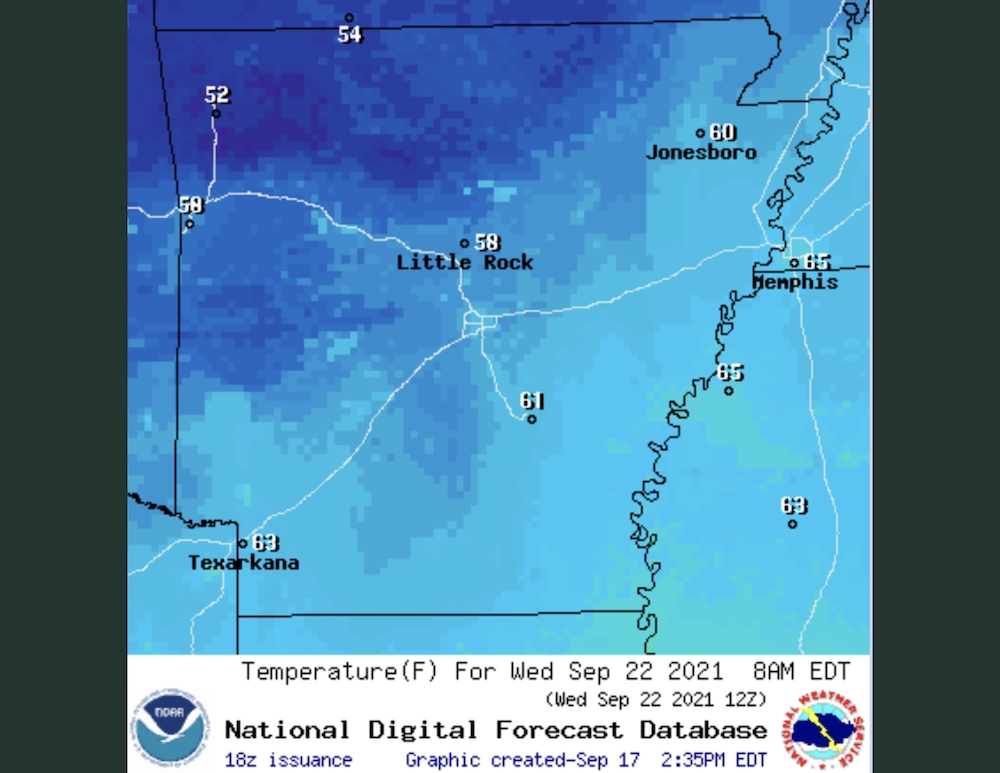 Weather.gov’s forecast shows the potential for cooler air settling into Arkansas early Wednesday morning, with temperatures around 60 degrees. Forecasters are also expecting the humidity that is so prevalent in this part of the State during the summer to disappear around the same time, leaving Arkansas with its first real glimpse of fall.

Some places in the Ozarks in north Arkansas could even dip to 40 degrees.

Thursday morning temperatures in South Arkansas are expected to be even cooler, with air in places like Warren reaching around 56 degrees.

We’ll be monitoring the forecast this weekend and early next we and will have more coverage at that time.