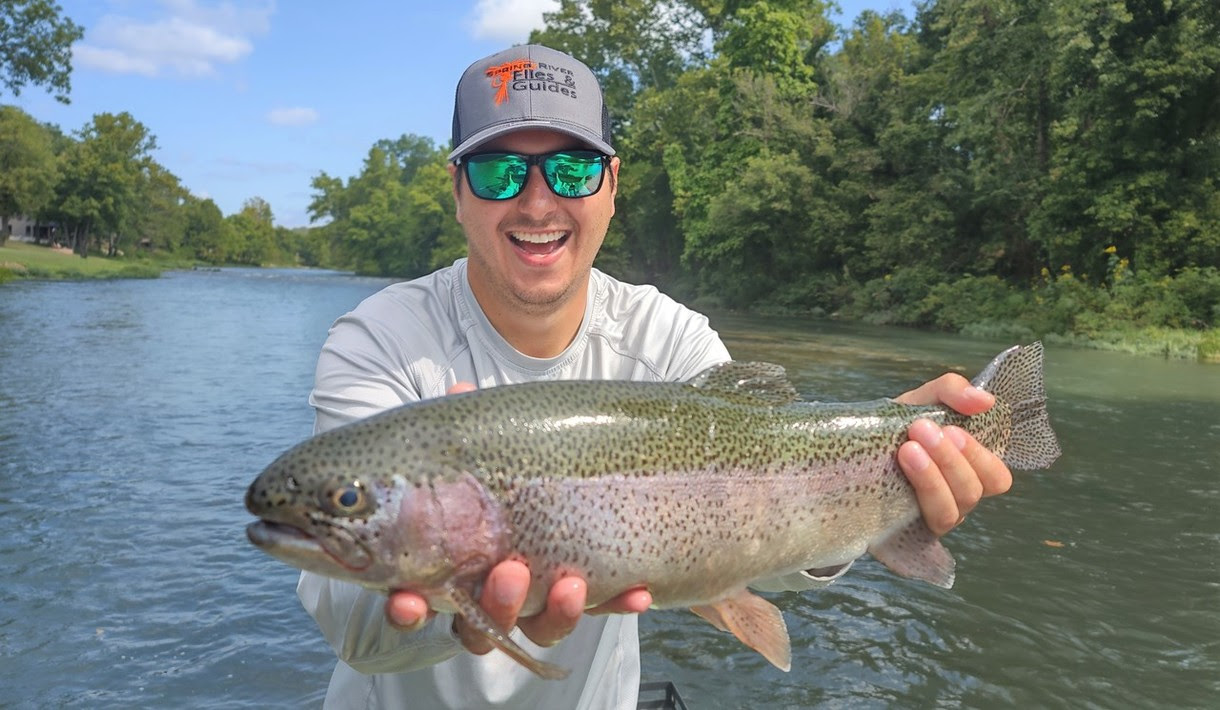 Preston Wedel from Kansas City ventured all the way down to the Spring River in northeast Arkansas for some fishing with guide Mark Crawford, and Preston didn’t leave disappointed. He caught this monster of a rainbow trout, as rainbows have been particularly active of late not just in the cool Spring River, but across north Arkansas at the usual trout fishing spots.

It’s been a big week on the White River for rainbow trout, too, as the river has been kept lower than what anglers and resort owners had seen in recent weeks. Generation for power isn’t needed as much with the nice air temperature drop, and the big lakes like Bull Shoals are now below the normal conservation level. Read some of the good reports from around Cotter in this week’s report, such as from Cotter Trout Dock and Sportsman’s White River Resort. Also, guide John Berry has a nice story about finally enjoying some low water on the White and the Norfork tailwater this past week.

Meanwhile, for folks who can’t get up to north Arkansas, there are plenty of catching opportunities throughout the state with good reports. Check them out by clicking the button below.

This update is provided by the AGFC.