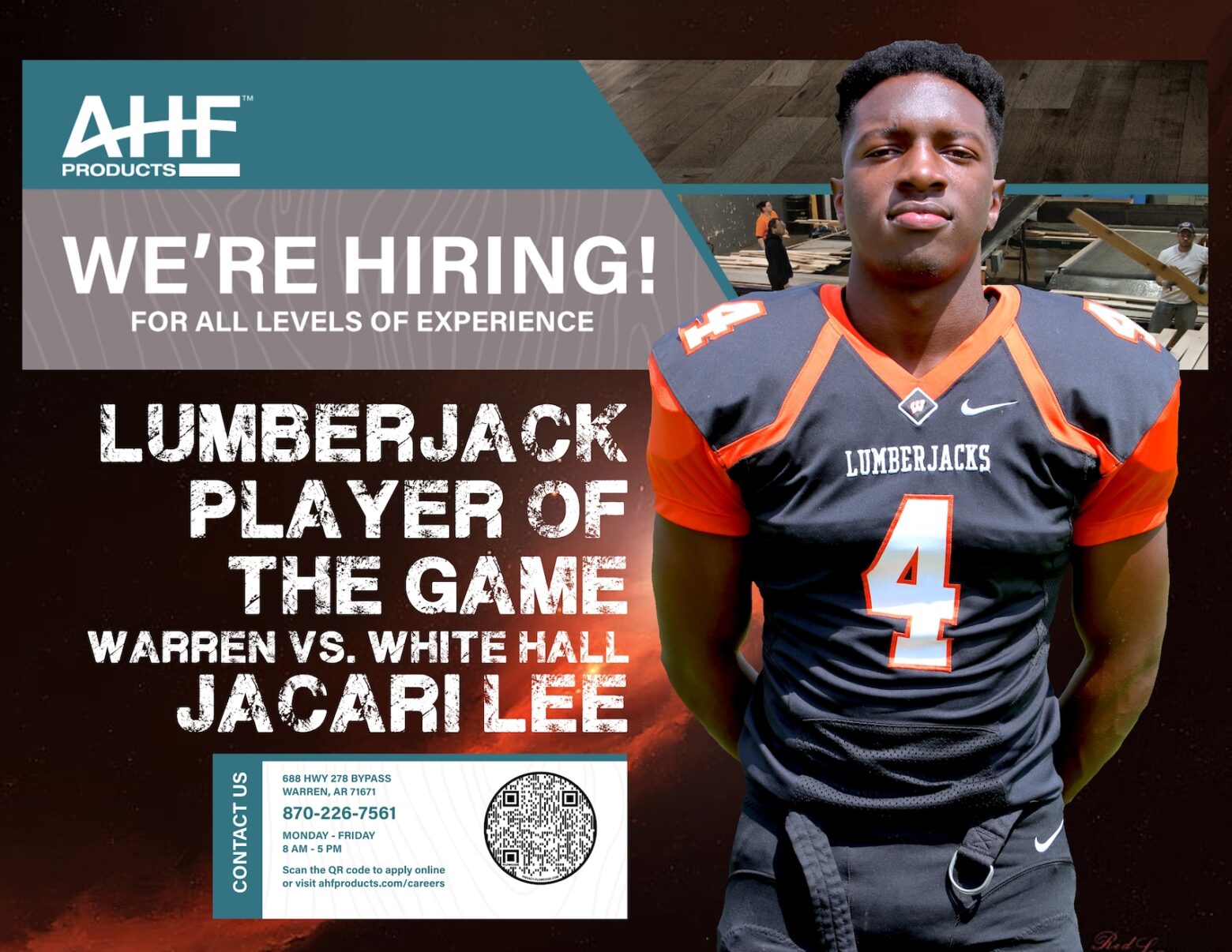 Senior Lumberjack wide receiver and defensive back Jacari Lee has been awarded AHF Products Lumberjack Player of the Game honors for his performance in Warren’s September 3, 2021 contest against White Hall.

Lee was a bright spot within a difficult night for Warren. He led the Jacks in rushing with 29 yards on the night. Perhaps his biggest contribution however came late in the second quarter when he recovered a White Hall fumble and returned it to the Bulldog 12 yard line.

Be sure to drop by Saline River Chronicle next Saturday morning for the naming of week two’s AHF Products Lumberjack Player of the Game after Warren’s game vs. Stuttgart.