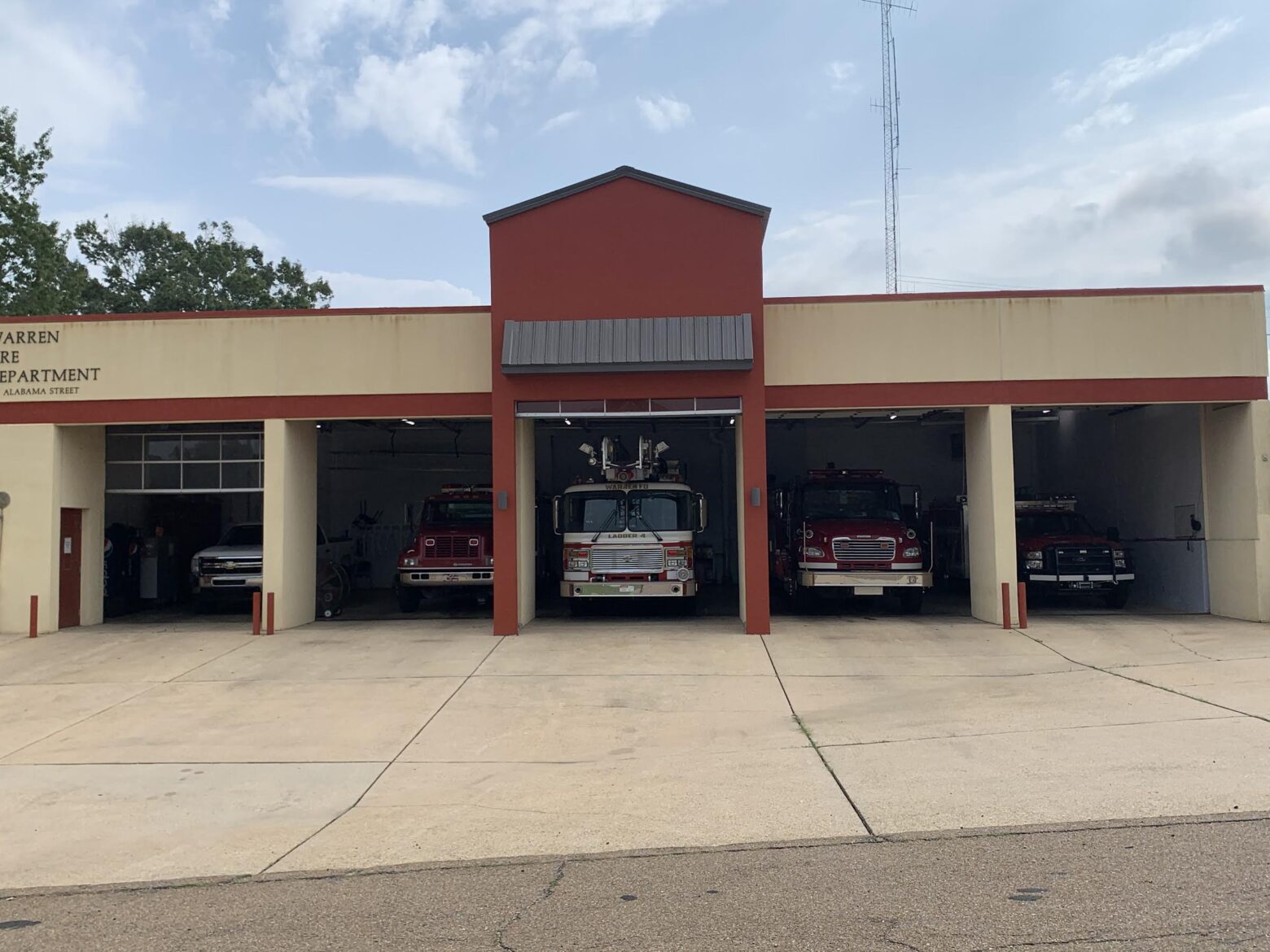 For some time Warren’s Central Fire Station, located in the western portion of the City’s Emergency Services Center, has been under construction for modernization and improvements. Recently, acting Fire Chief Larry Hayes provided Saline River Chronicle with a tour.

He showed the new washing system for firefighter turnout equipment that has been purchased and installed, and the new dryer system for the equipment that was constructed by the firemen. The inside of the fire engine bays have also been painted and reorganized with additional storage space. The building is clean and usable with ample space to work on engines as neeed. An extension of the center bay has been extended to fit the City’s newest ladder engine inside the facility. Improvements have been made to the outside portion of the department as well.

The Acting Chief also showed us the new lunar thermal imagers the City bought to help find people and items inside burning buildings. It is state of the art equipment to locate causes of fires and for the safety of the firefighters. Hayes also stated that all the engine ladders have been tested and re-certified, and the water hoses and engine pumps are scheduled for annual inspection and testing.

Warren’s Central Station, which exits onto Myrtle Street, houses three fire engines, a rescue vehicle, and the fire chief’s truck. A non-staffed fire substation located on N. Etheridge Street houses one fire engine. When required, a volunteer fireman reports to the substation. The following is a list of the engines and emergency vehicles owned and operated by the City of Warren:

Warren has three full time firefighters who work rotating shifts. The City has one full time fire chief, hired by the Civil Service Commission. The Chief reports to the mayor. The fire chief position is currently vacant, with acting Chief Hayes, a full time fireman, carrying out the duties of chief. The department has 28 volunteer firemen who train monthly and respond to fires as called out. Volunteer firefighters receive a stipend for each fire they attend and each training session that they take part in. The City of Warren enjoys a class five rating, which is based
on staff, equipment, and the water system. Class five is an excellent rating.