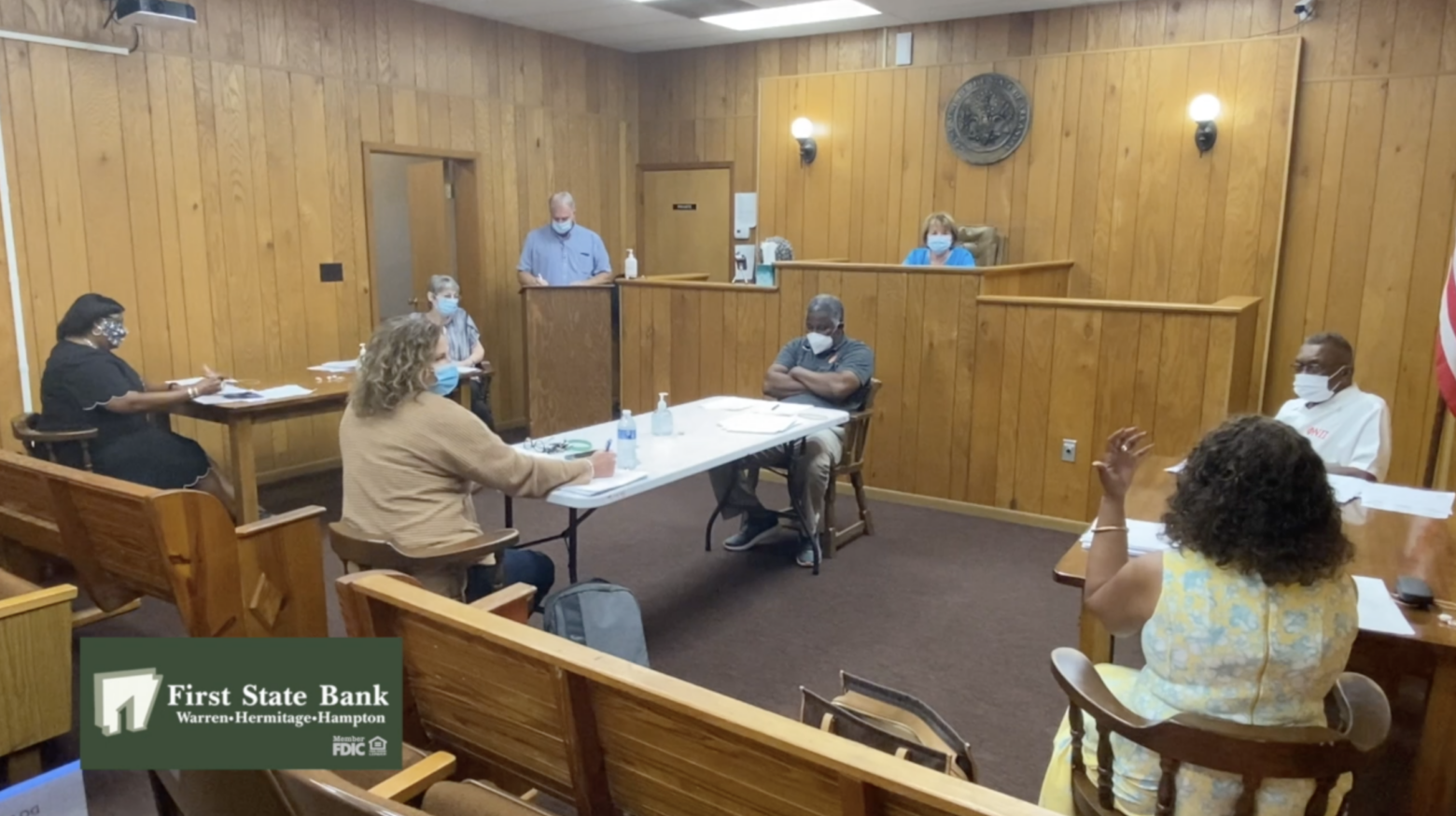 Meeting in regular session Monday evening, September 13, 2021, the Warren City Council conducted numerous items of monthly business including step pay increases for two police officers and a pay increase for one officer upon his promotion to Corporal.

Financial reports were given by City Clerk Helen Boswell and reviewed by the council. The City Clerk reported that city sales tax revenues received in August were $89,579.34, which is a 5% increase ovr 2020. The city’s share of the county sales tax was $63,446.01, which is also an increase over 2020.

Dr. Bob Smalling was reappointed to represent the city on the Board of the Southeast Intermodal Authority for a six year term. The vote to confirm Dr. Smalling was 5-1, with council member Tolefree casting the no vote. The Council then approved street closings for the Fall Festival and the Christmas Parade.

Resolution A-659 was adopted levying the city millage at five mills for the coming year. This is not an increase.

The Council voted to order properties cleaned up at 1403 W.Pine and 308 Watts Street. The site at 1403 is a lot only condemnation and the Watts Street site is a house and lot.

Street Committee Chairperson Moseley recommended the council reject recent street bids due to the high price bid and the fact only one bid was received. The sole bid was $150.00 per ton. The members voted 6-0 to reject the bid and rebid.

Mayor Pennington reported in response to a question that an inspector will look at the Bryant Building on Main Street Tuesday, September 14 to consider asbestos abatement. She also stated she is seeking grant funds to assist in the cost and to tear down the structure.

The Mayor also reported work is ongoing on the new rifle and pistol range. She hopes it will be usable by the first of 2022.

The council voted to pay all August, 2021 bills and set the next council meeting for Tuesday, October 12 at 5:30pm. The meeting is being held on a Tuesday due to Monday October 11 being Columbus Day. The Agenda meeting prior to the regular meeting is set for Thursday, October 7, 2021 at 7:00am. Both meetings are open to the public.