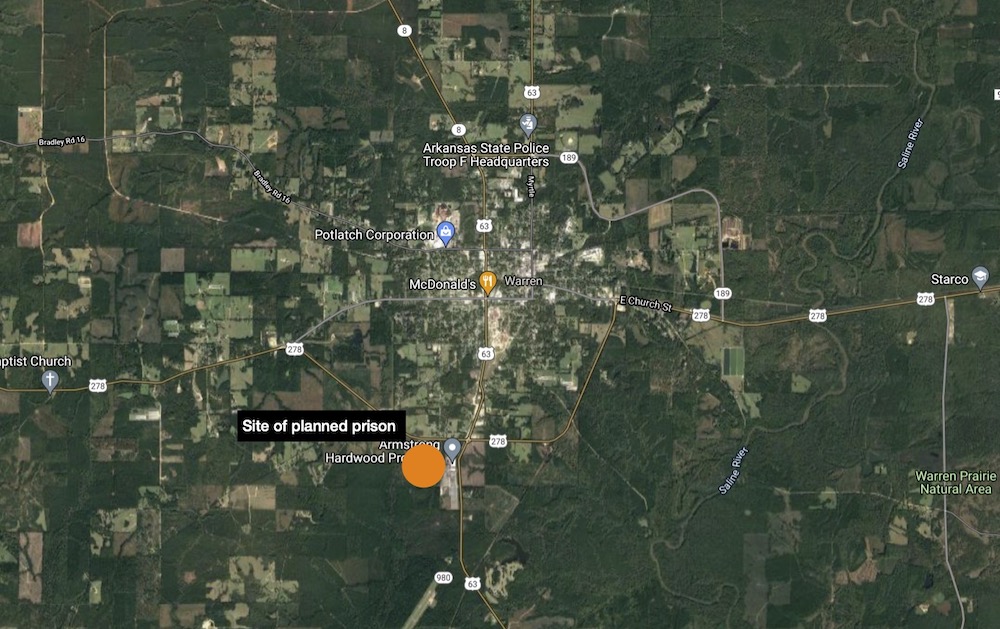 Bradley County Economic Development Corp. board members attempted to clarify some points about the Southeast Arkansas Regional Jail project but took no action regarding it at their monthly meeting Monday.

At the last Quorum Court meeting, Billy McConnell, owner of LaSalle Corrections, said it was not economically feasible for his company to build the jail. He left open the possibility that the county could build the jail itself by issuing revenue bonds for about $35 million, with LaSalle still providing management of a county-owned facility.

State Rep. Jeff Wardlaw, who is also a BCEDC board member, said at the BCEDC meeting, “At this time, we have more skin in this than anyone else. We have a contract that’s not going to be filled.”

He said he had talked with LaSalle representatives and they indicated they were willing to pay back the entire contract and have the land come back to BCEDC.

Previously, BCEDC made a land swap of 20 acres in the Warren Industrial Park to be used for the jail. They also gave LaSalle control of a spec building on the site, which was torn down.

Wardlaw referred to a clause in the contract with LaSalle that said that company would provide jobs for at least 78 employees for 15 years or it would pay back $44,000 per year. The spec building also had a value of $560,000 and the land was valued at $100,000. At least part of those funds would come back to BCEDC under terms of the contract between BCEDC and LaSalle under a “clawback” agreement.

“It would be the first time in my 12 years as an elected official that anyone would pay back the clawback,” Wardlaw said.

“We’re not giving anything away. We have provisions to get reimbursed,” board member John Lipton said.

“The whole of this concept in the first place was to have a lure to bring people to this area,” board Chairman Dr. Bob Smalling said. He said if the jail was built, it would have 120-135 employees with an annual payroll of $5 million. It would house 1,100-1,300 inmates which would be counted in the city’s population, making it eligible for more state and federal funds.

“The big question is will the county be willing to get into bonded indebtedness,” Lipton said.

Wardlaw referred to federal prisoners who might be housed in the jail. “If the bond was covered by a federal contract, the bond rating would actually go up,” he said.

He also emphasized that the original contract indemnified the county from all liability on prisoners outside of the county’s own prisoners.

Smalling noted that infrastructure is in place at the current site.

“All of this was entered into with good faith and good effort,” Lipton said.

“We didn’t just negotiate with the company; we negotiated upward,” Wardlaw said.

“I don’t think we need to do anything with the contract with LaSalle at this time,” he said.