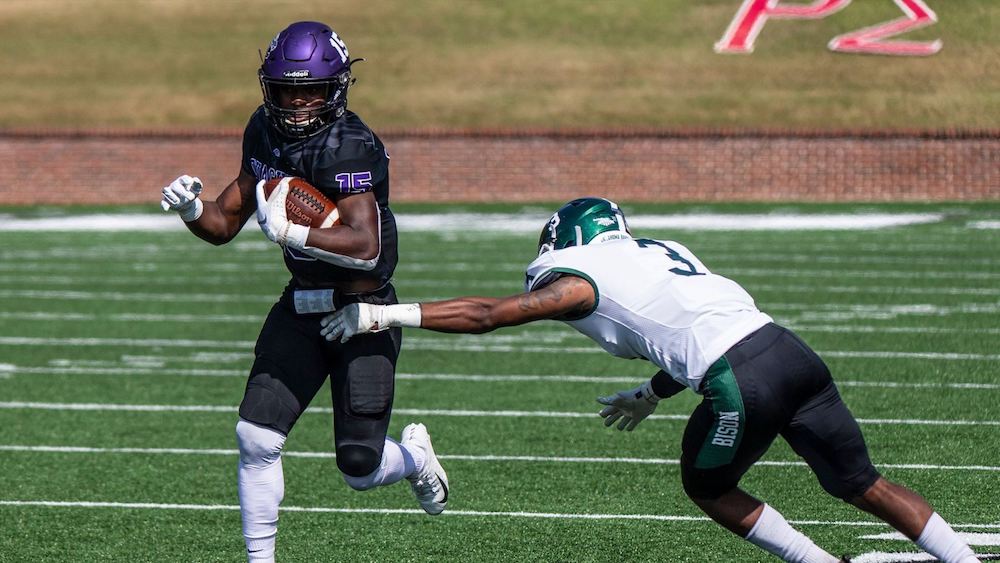 In the first game at Cliff Harris Stadium since November 23, 2019, Ouachita Baptist outlasted Oklahoma Baptist by a score of 38-31. After Kendel Givens’ third touchdown run of the game put the Tigers up by seven late in the fourth quarter, the Great American Conference’s leading passing attack from 2019 took over with 3:11 left to move the ball 75 yards. The Bison drove to the Ouachita 24, but Andrew Hayes intercepted a Preston Haire pass with 39 seconds remaining to secure the victory.

Covid freshman Xaylon Falls wasted no time making an impact. The Camden, Arkansas, native returned the game’s opening kickoff 93 yards to pay dirt to give the Tigers an early lead. Falls’ touchdown return was the Tigers’ first kickoff returned for a touchdown since Ke’Vontae Pope took one to the house on September 1, 2016 against East Central.

Junior running back TJ Cole set a career high with his 151 yards rushing Thursday night. He averaged 7.2 yards on his 21 carries, including an electrifying game-tying touchdown with 8:09 left to play in the fourth quarter. Cole ran off right tackle for 27 yards, breaking multiple tackles on his way to the house.

Covid freshman running back Kendel Givens was unstoppable in short yardage situations Thursday, punching the ball in for touchdown runs of one, three, and five yards. He also did the job in the open field, racking up 74 yards on the ground, much of which came after first contact.