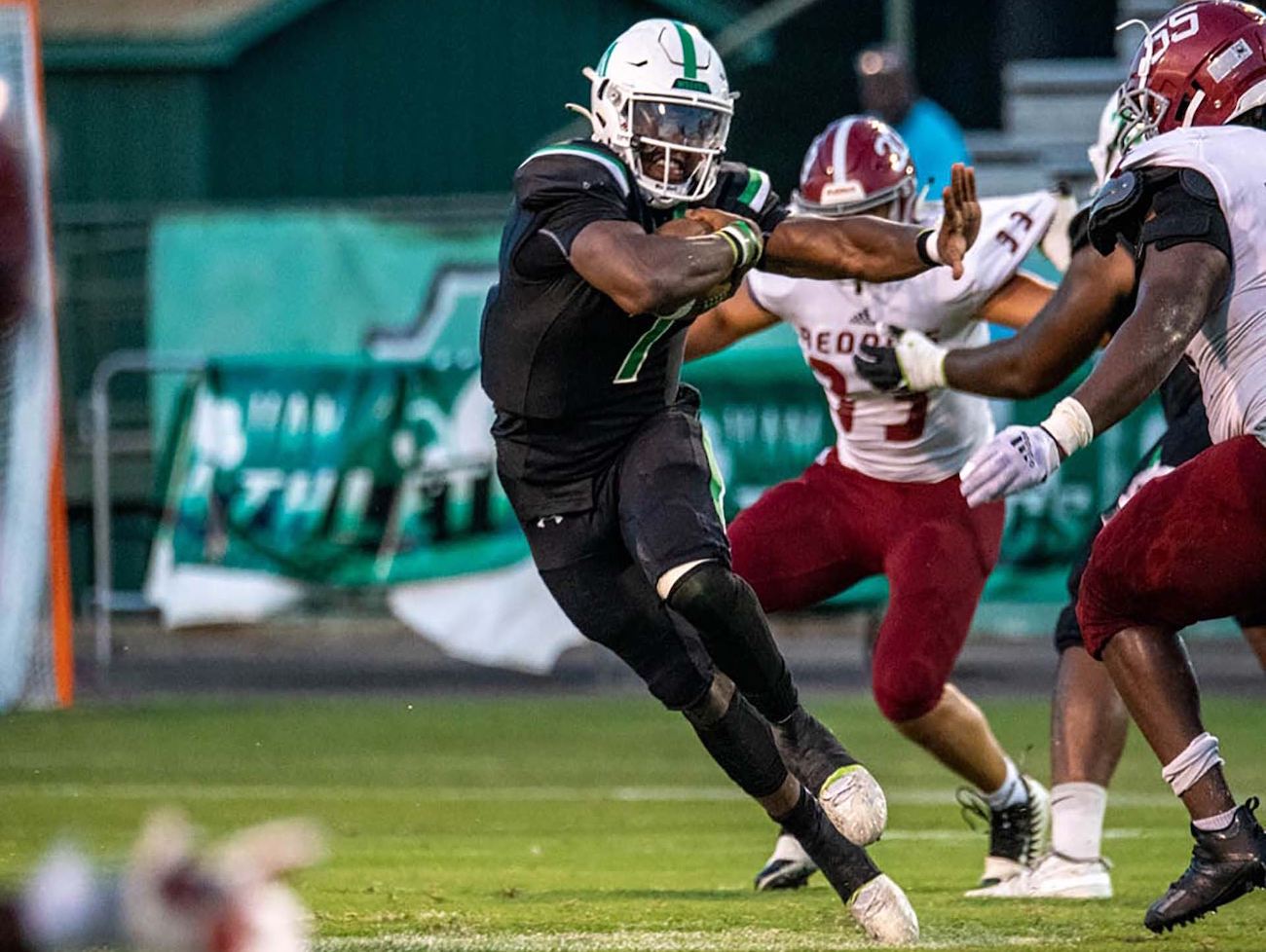 RUSSELLVILLE, Ark. – A fourth quarter interception returned for a touchdown by Gregg Hooks proved to be the difference as the University of Arkansas at Monticello football team held on to win on the road over Arkansas Tech 27-20 Saturday. The Weevils came up with the only turnover in the contest which ultimately ended up being the difference on the scoreboard.

With the win UAM improves to 2-2 on the season while ATU drops to 0-4 overall.

Early in the second quarter the Wonder Boys managed a response with a rushing score of their own tying the game 7-7.

The two teams traded multiple empty possessions in the second quarter, but ATU found a way to take a lead into the locker room at half time knocking through a field goal as time expired leaving UAM trailing 10-7 at the half.

After the Weevil defense forced ATU off the field on the opening drive of the second half, the UAM marched right down the field to retake the lead. Dean and Demilon Brown chewed up yards on the ground on the drive setting up brown for a quarterback keeper around the right side for a 6-yard touchdown run to put UAM up 13-10.

On the very next drive the Wonder Boys were able to reach the red zone before the UAM defense stuffed ATU to force a field goal. ATU put it through the uprights to tie the score again at 13-13.

The ground game was on showcase again in the fourth quarter for the Weevils as they pounded the rock down the field for a 69-yard touchdown drive to retake the lead. Brown capped the scoring drive finding the end zone on a 21-yard rush putting UAM up 20-13.

With ATU driving down the field again threatening to score in the red zone, Gregg Hooks jumped a swing pass for an interception taking it 77 yards the other way for a touchdown extending the lead to 27-13 with under four minutes left.

ATU found the end zone cut it to a one score game with 1:24 left, but the Weevils were able to recover the onside kick allowing the offense to take a knee to preserve the 27-20 victory on the road.

Brown finished the game with 268 yards of total offense completing 15-of-26 for 155 yards and rushing 13 times for 113 yards and two scores.

Accompanying Brown in the rushing attack for the Weevils was Dean who found the end zone once on 18 carries for 62 yards.

Hooks was the highlight for the UAM defense tallying eight total tackles including two tackles for loss to go along with his difference-making 77-yard interception return for a touchdown.

Tahji Gilbert also finished with eight tackles in the contest for the Weevils including one sack.

UAM is back at home to face Southwestern Oklahoma State for a Pink Out game at Willis “Convoy” Leslie Cotton Boll Stadium Saturday, Oct. 2. Kickoff is set for 2 p.m.