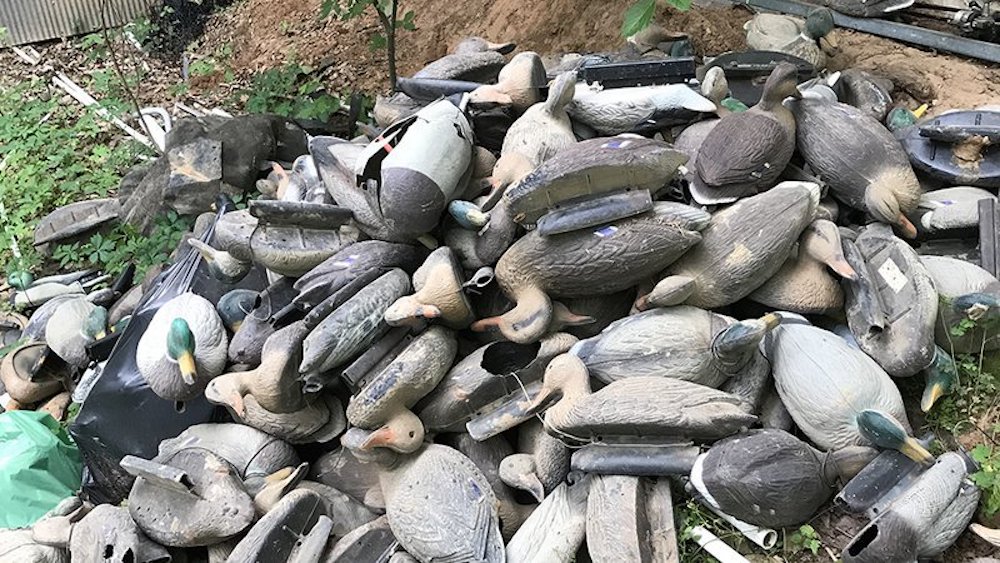 Pine Bluff, Arkansas — With less than a month until Arkansas’s regular duck season, many excited hunters are going through old bags of decoys, looking for a reason to freshen up their spread. Instead of pitching those old, shot or faded decoys into the trash, let the Arkansas Game and Fish Commission rehome them and spark some interest in the next generation of waterfowl enthusiasts.

Eric Maynard, assistant chief of education for the Arkansas Game and Fish Commission, runs the AGFC’s decoy adoption program. Anyone can donate decoys of any kind, and members of the AGFC’s Education Division use them to help youth and other budding outdoors enthusiasts learn more about waterfowl and waterfowl hunting.

“Decoy-painting workshops have always been a hit, and decoy-painting itself has a sort of cult following, even among nonhunters,” Maynard said. “So it’s a great way to draw people into the nature centers to learn more about hunting and fishing and why it’s important to continue these traditions.”

Maynard and other educators always are on the lookout for decoys to use in the classes. He has a few local sources that have provided decoys in the past, says there’s always a need for more.

“Beth and Jerry Earlywind of Stuttgart and Carlos Carter of Lost Island Hunting Club have helped us out a lot in the past, as have many other hunting clubs,” Maynard said. “Buying the latest, greatest decoys is part of some people’s preparation, so we can take those old ones and make some good use out of them.”

It doesn’t matter if the decoy has holes in it and paint flaking off, the AGFC will fix them up before presenting them to the class.

“Many of the decoys we get will rattle or slosh when you shake them,” Maynard laughed, referencing steel shot and water still inside the decoy. “We’ll patch what holes we see and paint the whole thing with primer to give students a blank canvas to work with.”

Anyone interested in donating their old decoys to the AGFC for educational purposes is encouraged to contact Maynard at eric.maynard@agfc.ar.gov, and he can make arrangements to have them picked up.