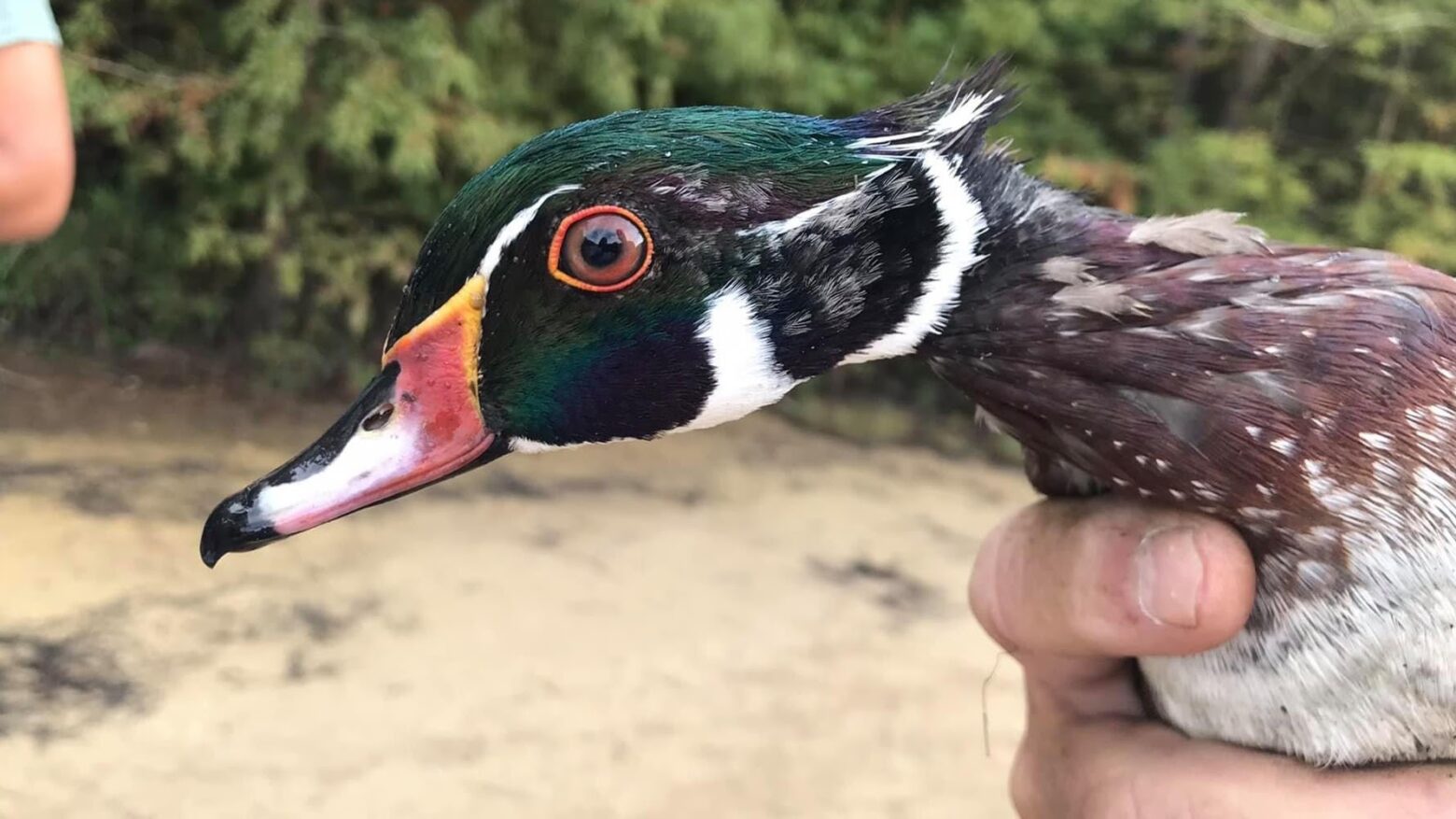 CALION — When you harvest a wood duck wearing a band around its leg and report it, you’re helping biologists gather critical data needed to make waterfowl management decisions in Arkansas.

The Arkansas Game and Fish Commission bands hundreds of wood ducks across the state each year. This year, biologists and other staff trapped 460 wood ducks using swim-in-traps, rocket nets and corral traps. They take them out one by one to determine age and sex and attach a band. If a band is already in place, biologists record the information and the bird is released.

The banding doesn’t just take place in the Arkansas Delta. Banding 100 wood ducks each year near Thatcher Lock and Dam in south-central Arkansas adds to the study of those who live in and migrate through Arkansas. Because of this ongoing banding project, biologists collect and study trending data over time relative to reproductive success, harvest rates, survival rates and migration patterns, which, in turn, helps to assist both hunters and scientists.

AGFC staff also banded 1,796 Canada geese this year, primarily during goose roundups in summer when the geese molted and were incapable of flying for a short period until their flight feathers grew back. The data used in these banding efforts will be used to track harvest rates and population size of temperate-nesting Canada geese in Arkansas.