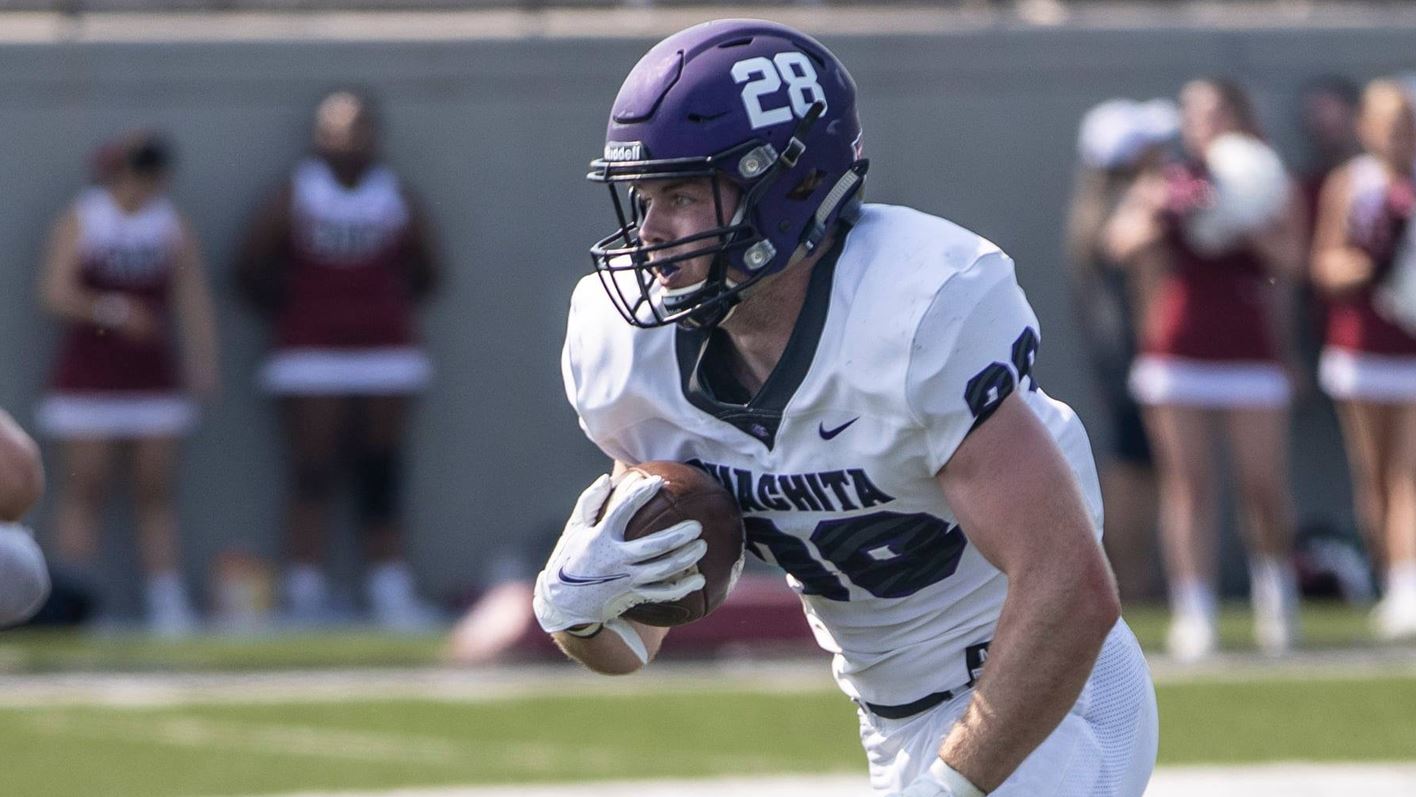 ARKADELPHIA – The 19th-ranked Ouachita Baptist University football team averaged nearly 10 yards per offensive play in route to a 64-17 win over Northwestern Oklahoma State at home on Saturday for Homecoming.

The Tigers (4-1) had only 53 offensive plays in Saturday’s win, but totaled 516 yards of total offense. 442 of those yards came on the ground, while the Tigers completed only four passes for 74 yards.

Four Tiger running backs had at least 60 rushing yards in the win, led by backups. Isaac Edwards led the way with 21 carries for 190 yards and two touchdowns, including a three-yard score midway through the third quarter and a 72-yard touchdown run late in the fourth quarter.

Xaylon Falls had only five carries, but totaled 85 yards, highlighted by a 71-yard touchdown in the final minute of the second quarter. Falls had two other touchdowns in the game, a 93-yard kickoff return for a score late in the first quarter and an eight-yard touchdown run early in the second quarter. The kickoff return matched his 93-yard score on the season-opening kickoff against Oklahoma Baptist.

Kendel Givens tallied his third multi-touchdown game of the year with five carries for 62 yards and two touchdowns. He scored the first two touchdowns of the game, a 42-yarder on the opening possession and an 11-yarder with 5:43 remaining in the first.

TJ Cole, the team’s leading rusher coming into Saturday’s game, finished with nine carries for 80 yards and one touchdown, which was a 25-yard score on the first possession of the second quarter.

NWOSU (0-5) ended the game with 75 plays for 356 yards. The Rangers balanced their attack with 150 rushing yards and 206 passing yards. Ranger quarterback Tanner Clarkson finished with 197 passing yards on
16 completions with two touchdowns to go along with 62 rushing yards on 12 carries.

The Tigers are on the road for the next two weekends. Up next is the longest road trip of the season to face off against Southwestern Oklahoma State on October 9. Kickoff is set for 2 p.m. next Saturday in Weatherford.