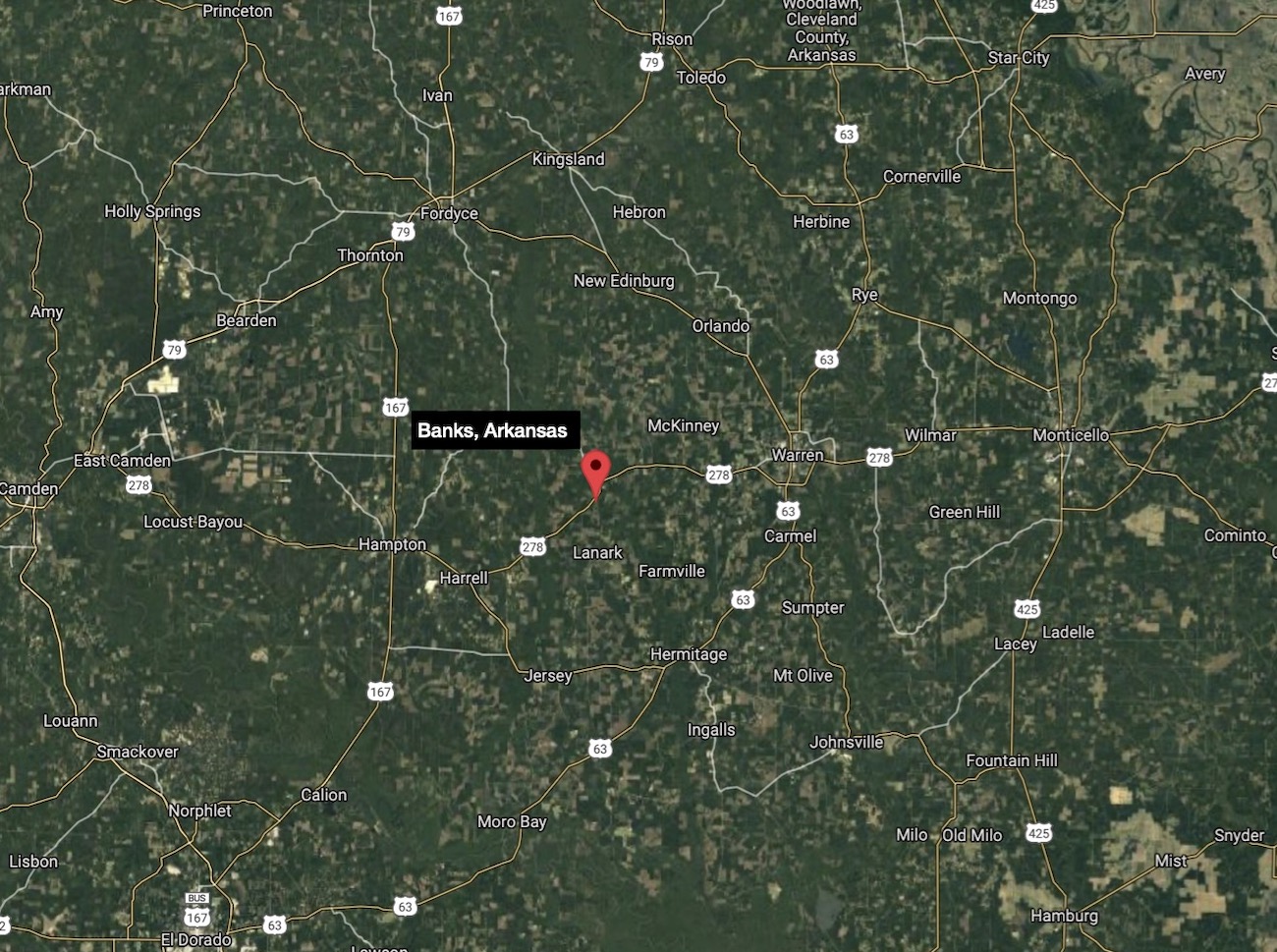 A public meeting was conducted Tuesday evening, September 28, 2021 at Banks Missionary Baptist Church in Banks, Arkansas to provide information about the possible consolidation of the City of Banks Water System users and Southeast Bradley County Water. Present to provide information were Steve Parnell, Chairman of the Southeast Water organization, State Representative Jeff Wardlaw, State Senator Ben Gilmore, Southeast Water Attorney Ricky Roper, a representative of the engineering firm that has designed the proposed new Banks system to connect to Southeast, representatives of agencies involved in providing loans and grants to pay for the new system, as well as the State Health Department. Also present was Banks Mayor Keeton Hudson, Banks City Attorney James Hamilton, and other Banks city officials. A number of Banks’ residents were in attendance. County Judge Klay McKinney was also there. The meeting was publicly advertised.

The issue concerns the physical condition of the Banks Water System and the cost and viability of the City to improve and maintain the system long term. The matter has been under consideration for several years. Steve Parnell called the meeting to order and made brief comments as to the purpose of the meeting. State Representative Wardlaw then went over the history of the proposal that has led to the current discussions. The Representative said he had been contacted several years ago and was asked to help find money to upgrade and, as needed, replace the Banks Water System. According to Representative Wardlaw, the only affordable way to provide safe water for Banks is to totally replace all water lines and connect to the Southeast Water System, and have that system provide water to Banks. The Southeast system would own, manage, and maintain the entire system, including the portion inside the Banks city limits.

Southeast Attorney Ricky Roper spoke and provided answers to several questions that had been previously asked:

Mayor Hudson indicated that Banks is working to secure funding for replacement and repairs to the Banks system and the people of Banks do not wish to be taken over by the Southeast System. He was then told by Representative Wardlaw, funding for Banks itself is highly unlikely, and even if it could be done, the monthly bill would be around $99.00 per month and that does not include upkeep and management. There was a good bit of back and forth over the possibility of Banks securing their own funding due to the fact they only have around 105 customers.

Under questioning by Mayor Hudson, the Health Department official indicated that the City had tried to be responsive to Health Department regulations, and at the current time, the water was safe. Mayor Hudson stated all leaks are currently repaired. Kathy Hall, a resident of Banks and former City official stated the system was very old and if anything major broke or failed to comply with regulations, the system would be shut down because Banks could not pay for repairs or upgrades.

In a very brief statement, Banks’s Attorney, James Hamilton, stated bigger is not always better, as the discussion revolved around the point that the more customers within a system, the lower the price on each customer.

Documents were handed out, including a resolution approved by the Banks City Council dated May 25, 2018 agreeing to assist Southeast in applying for funding to merge the systems. Also provided were minutes of the Banks City Council meeting of May 13, 2021, stating the merger would not be good for Banks and that the City declines the proposal.

The issue appears to be the ability of Banks to secure funding to rebuild their own system and the cost of such action if even possible.