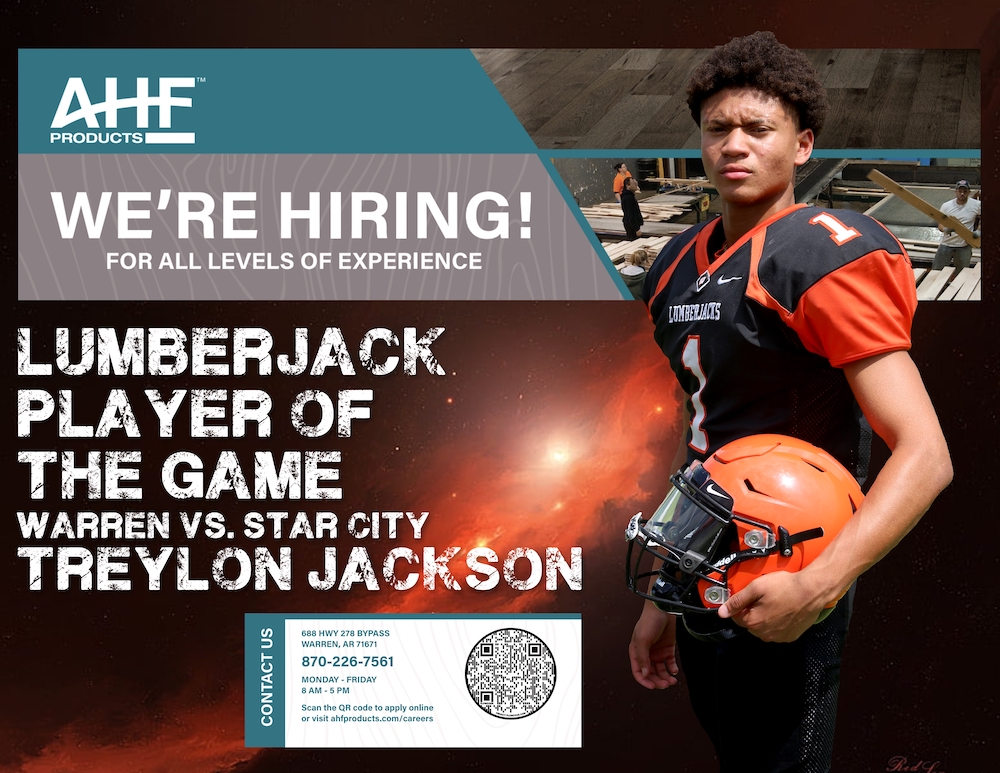 Warren tailback and defensive back Treylon Jackson was named the AHF Products Lumberjack Player of the Game after his outstanding performance in Warren’s 40-15 win over the Star City Bulldogs Friday night, October 1, 2021. Jackson not only played an solid game defensively, but he came in after an injury to Cedric Calbert at running back, carrying the ball 13 times, gaining 136 yards and scoring a touchdown.