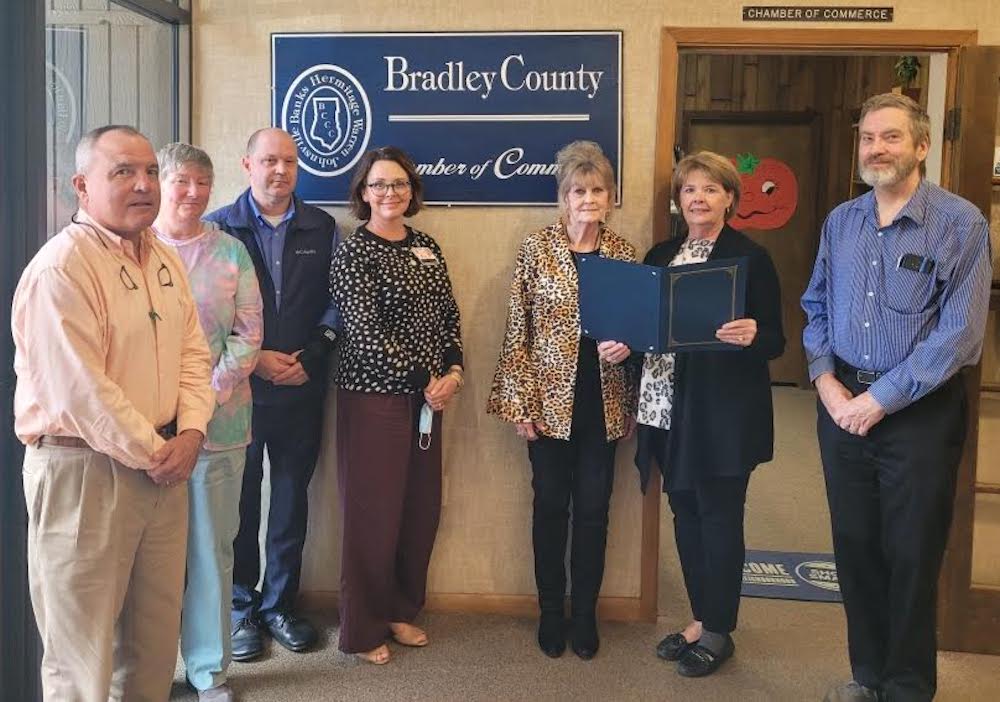 Bradley County Chamber of Commerce board of directors met Monday at Bradley County Economic Development Corp. and discussed preparations for its upcoming year.

The board meets on the second Monday of each month but met late this month due to the Columbus Day holiday. Five new board members are elected each year for a three-year term with new officers chosen each year, although those procedures were delayed last year due to COVID-19 protocols. James Wells is the current board chairman.

The annual meeting will be held Nov. 8 at a place and time to be determined. New board members and officers will be elected and installed at that time, with the terms to begin in January.

Besides Wells, other board members present for Monday’s meeting were Terri White, Tim Kessler, Ron St. John, Brooke Hatch and board Treasurer Jane Harris. Mayor Denisa Pennington attended as an ex-officio board member.