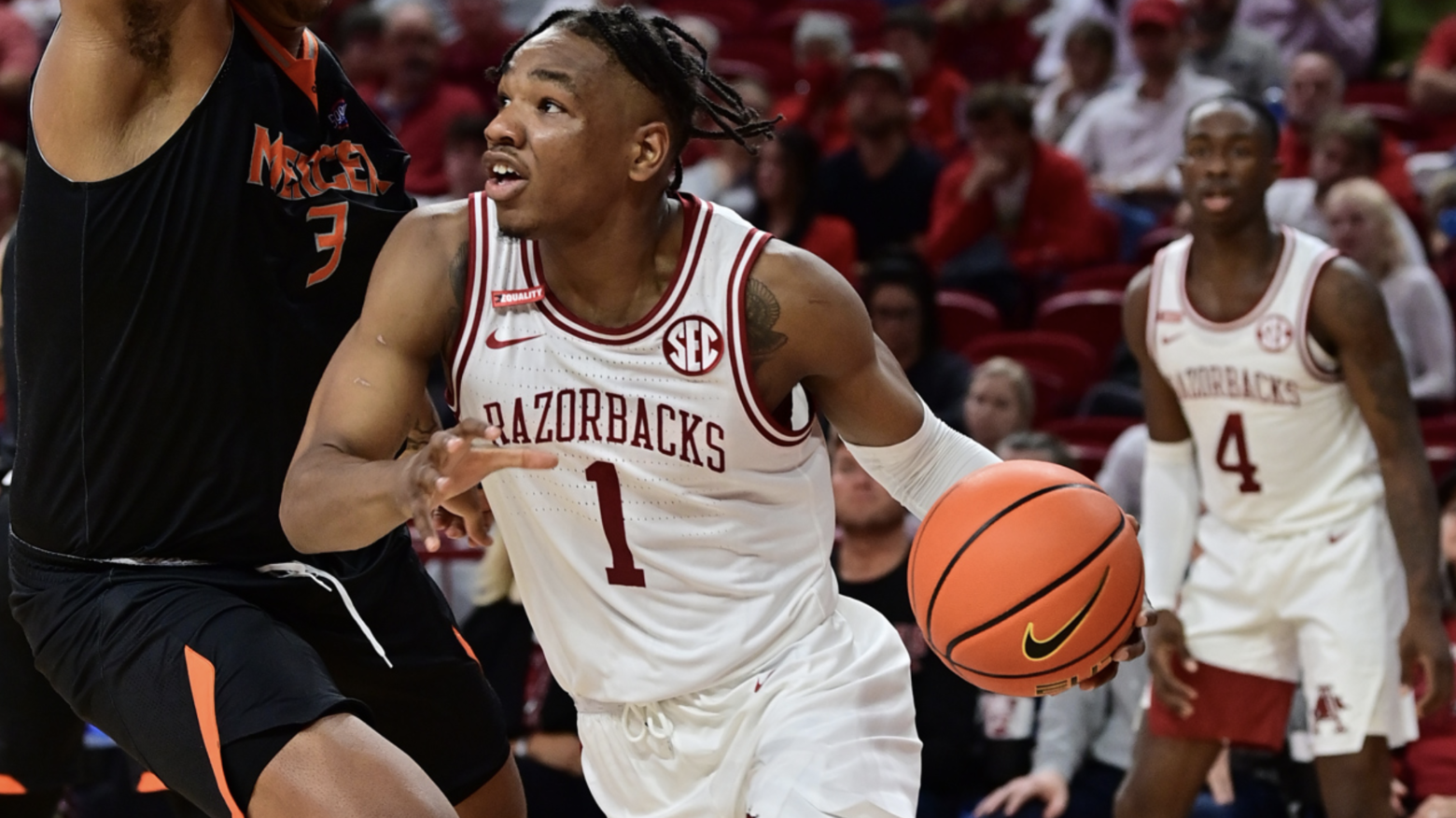 The 15th-ranked Razorbacks forced seven turnovers during the span and held Mercer to 1-of-7 shooting. The Hogs scored the first six points of the second half to start the momentum and Arkansas would ed up out-scoring the Bears 46-25 in the second half to secure the win.

Arkansas was led by JD Notae, who scored 30 points – his best production as a Razorback – and had a career-high seven steals, including six in the second half. Au’Diese Toney recorded his fourth career double-double with 18 points and 11 rebounds, including five offensive boards. Chris Lykes produced 16 points off the bench, going 7-of-8 from the free throw line. Jaylin Williams also played a key role in the win with eight rebounds and a team-high, as well as career-high, five assists.

Arkansas will return to Bud Walton Arena to host Gardner-Webb on Saturday (Nov. 13). Tipoff is set for 2 pm and the game will be broadcast on SEC Network Plus.

JD Notae’s 30 points are his career-best while at Arkansas and mark his third game with at least 30 points for his collegiate career. His five triples also tie a career high.

Notae’s career-high seven steals rank eighth (tied) for most steals in a game by a Razorback. The last Razorback with at least seven steals was when Ronnie Brewer had seven vs UL Monroe on Dec. 31, 2004.

Jaylin Williams had a career-high five assists and took a charge. He led the team by taking 16 charges last season.
While Davonte Davis did not take a shot on offense, head coach Eric Musselman praised his defensive effort on the Bears’ best player, Netfali Alvarez, holding him to 4-of-13 shooting (0-of-6 from 3-point range) ad just eight points.