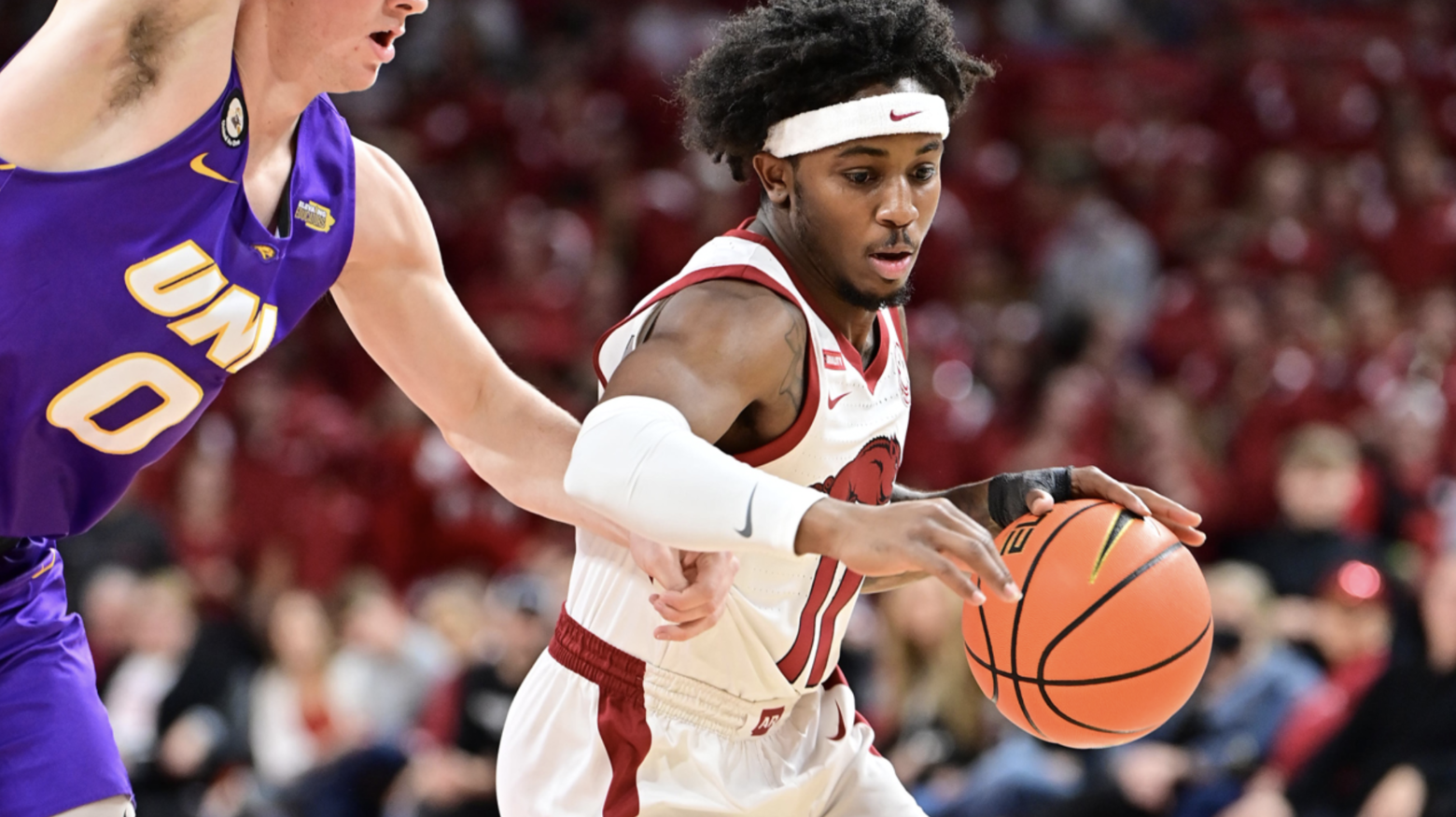 FAYETTEVILLE – Jaylin Williams had two blocked shots and two baskets to spur an 18-3 run inside the final 4:10 to lead #15/16 Arkansas to a 93-80 victory over Northern Iowa Wednesday night at Bud Walton Arena.

Several Razorbacks had standout performances in the win.

Northern Iowa stayed close as the Panthers drained 17-of-37 (45.9 percent) from 3-point range. However, the Razorbacks dished out 21 assists and only committed five turnovers to secure the win.

Arkansas had four runs of at least 7-0 in the game but UNI answered with runs of their own three times. The last Razorback run was extended to a 13-0 run that lead the decisive 18-3 spurt.

The last run started with the game tied at 75 with 4:10 to play. Arkansas scored to take a two-point lead only to see the Panthers’ AJ Green sank a 3-pointer to lead by one, 78-77 with 3:13 left. From that point, Williams had a put-back, Toney hit a 3-pointer and Williams made a layup. Lykes hit four free throws and Notae two to cap the 13-0 run and put the Hogs up 90-79. The 3:29 minute UNI drought ended with a made free throw by Noah Carter with 41 seconds left.