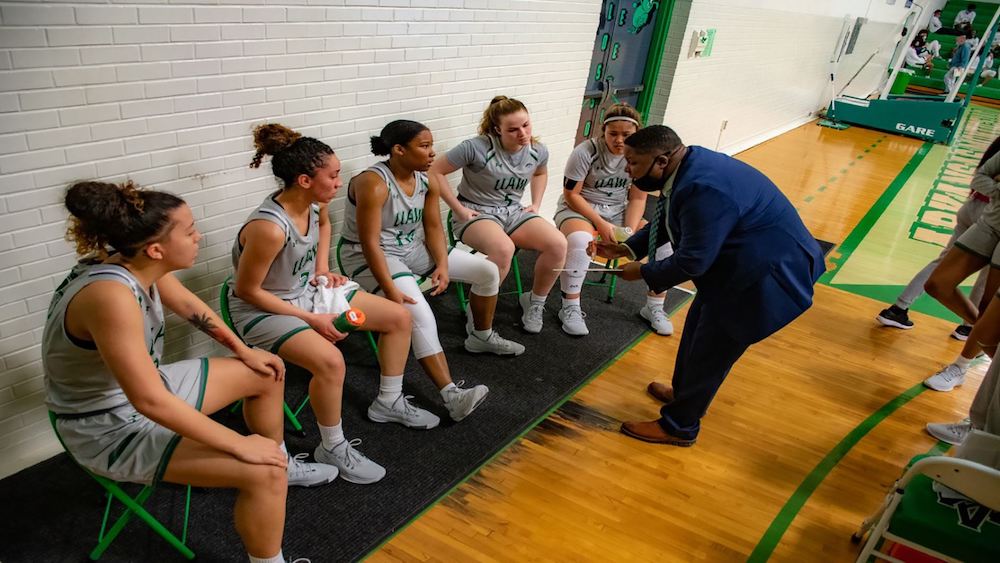 Jefferson City, Missouri – The University of Arkansas at Monticello women’s basketball team falls in their first contest of the year Friday 85-72 to Upper Iowa University.

The first quarter was a back-and-forth affair with both teams trading buckets, but the Blossoms trailed 25-21 at the end of the quarter after the Peacocks scored in the final seconds.

The Blossoms came into the final quarter looking like a completely different team. They would outscore the Peacocks 32-13 as the clock finished out the game. Even with UAM’s best effort to fight back, they were unable to take back the lead the UIU had built throughout the first 3 periods. UAM finished out the match with a final score of 85-72.

Taylor Flores finished as the leading scorer for the Blossoms tallying 26 points in the game.

UAM will be back in action Saturday evening for a 5:30 p.m. contest against Lincoln University of Missouri. They will still be in Jefferson City.