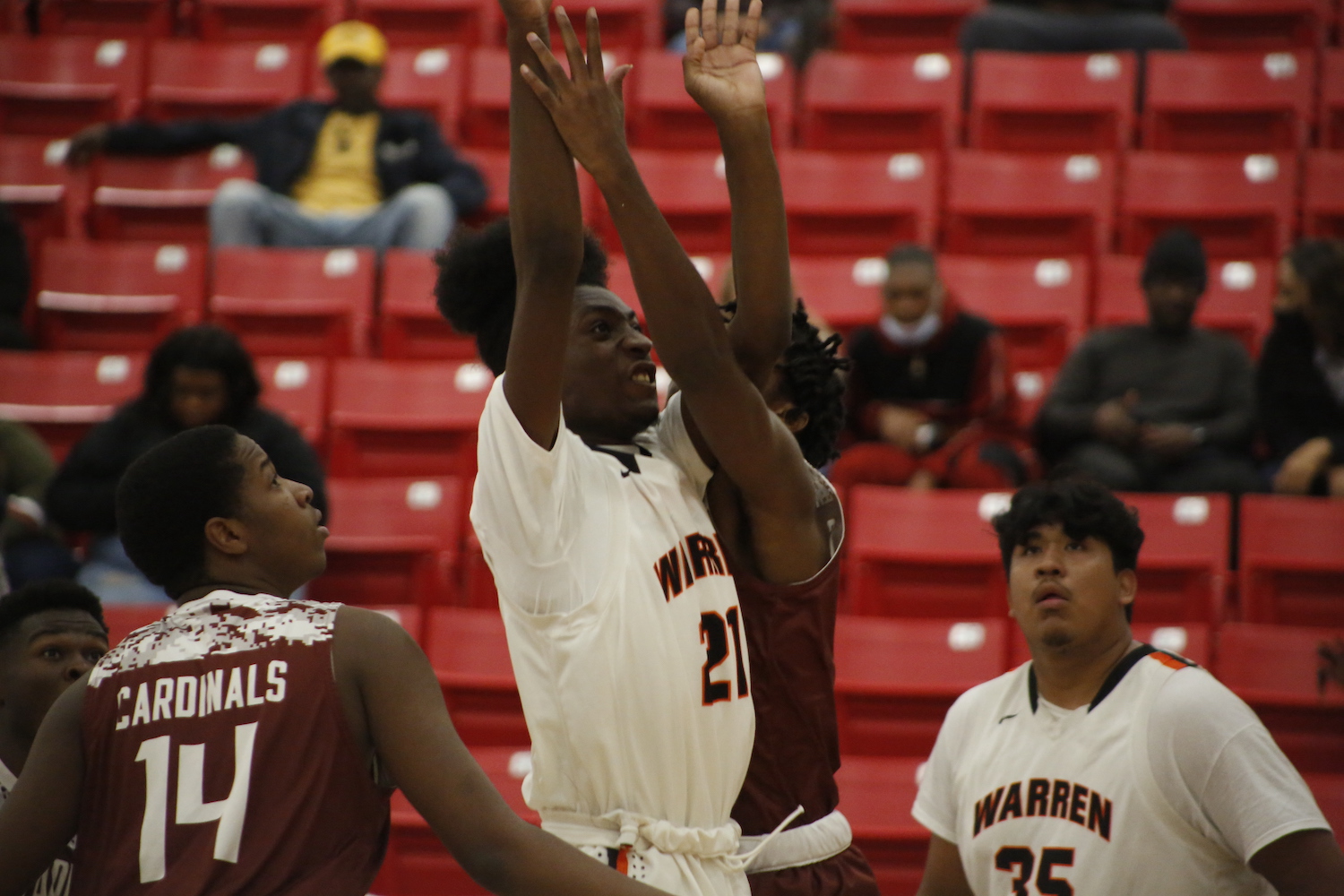 Fordyce, Arkansas – Warren faced an old conference foe Monday night, November 29, 2021 on the basketball court, as the Lumberjacks defeated the Dollarway Cardinals by the final of 44-25 in the first round of the Fordyce High School Basketball Tournament.

The Lumberjacks, still working without a few squad members due to football’s extended playoff run, came out of the block on fire early in the first quarter. Isaac Richey, the senior Jack who leads the team from the point, drained a three in the opening minutes to give the orange and black their first lead of the game. Warren carried an 8-2 lead deep into the first, but Dollarway knocked down a three as the period buzzer went off. The Jacks led 8-5 after the first.

The game remained tight through the second, but Richey continued to fire from distance, and several Jacks found their way to the free-throw line. Warren led 19-11 at the break.

Warren closed Dollarway’s path to a win in the second half, walking away with a 44-25 win over the Cardinals. The win moves the Jacks to 1-2 on the season.

Richey, SouthArk college commit, led Warren with 20 points on the night. He hit four threes in route to Warren’s victory.

Jordyn Ingram also put in an excellent shift. He came in in the second half and really attacked the basket, scoring six in the later stages. Coupled with a free-throw in the second quarter, he followed Richey with seven points.

Other stand outs for Warren were Amario Blueford who hit two threes to help secure the win, and Jayzhon McCoy scoring five.

The win means the Lumberjacks move forward in the winners bracket to the semifinals of the tournament to face a talented Arkadelphia team Wednesday evening, December 1, 2021 at 7:30 p.m.

However, before that semifinal tournament game, the Lumberjacks will host Drew Central tonight, Tuesday, November 30 in Warren. That game will immediately follow the senior Lady Jacks vs. Drew Central which starts at 6:00 p.m.

Top photo: Jayzhon McCoy goes above a Dollarway defender to score a big basket in the fourth quarter.