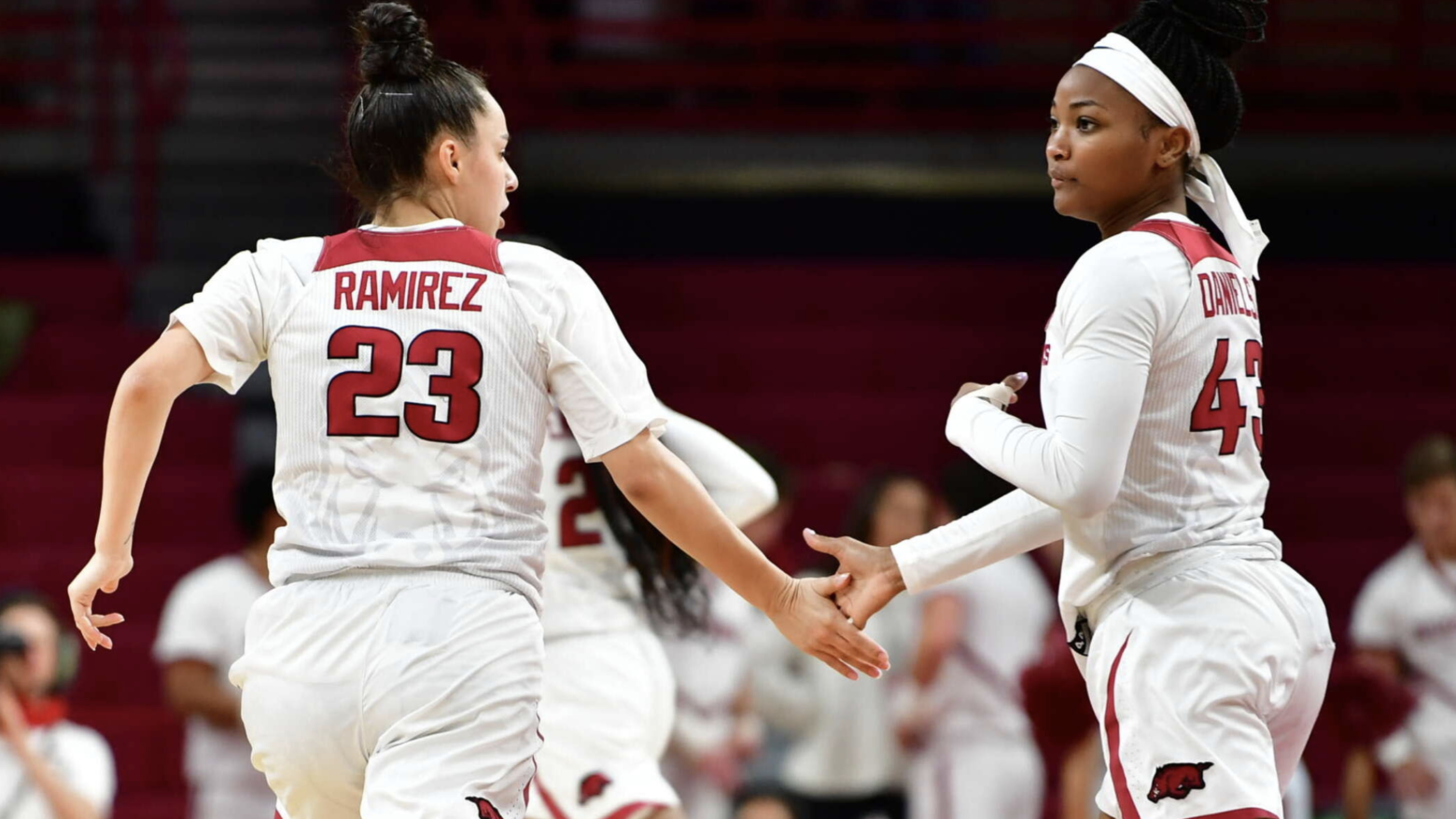 Fayetteville, Arkansas – Arkansas Women’s Basketball (5-1) won its third straight game on Saturday afternoon in Bud Walton Arena, beating Sam Houston (3-3), 92-66. The Hogs were in a close one early, only leading 46-42 at the intermission, but turned on the jets coming out of halftime, winning the next two quarters, 46-24. The Razorbacks’ defense righted the ship in this one, as the Hogs forced 23 turnovers, which resulted in 32 points.

Redshirt senior guard Amber Ramirez shot it well on Saturday, going for 17 points, hitting four of her five threes. She also added four boards and two steals on the day. Freshman Jersey Wolfenbarger played the best game of her young career against the Bearkats, going for 16 points on an efficient 5-8 clip from the field.

Sam Houston threw the first punch in the game, as the Hogs defense couldn’t find stops. The Bearkats would hang 25 points on the Razorbacks in the first period, and the first frame ended in a tie. Though the Hogs tightened up a bit in the second quarter, they still only held a 46-42 advantage at halftime.

After a back-and-forth start to the third frame, the Hogs used a 10-0 run during the middle of the third to finally create some separation. Sophomore guard Rylee Langerman scored four points during the run, and Ramirez capped it with a triple. The Hogs would capitalize on the space, stretching their lead out to as many as 28.

Arkansas is right back to it on Sunday, closing the weekend with a home matchup against the Belmont Bruins at 7 p.m. The game can be streamed on SEC Network+.