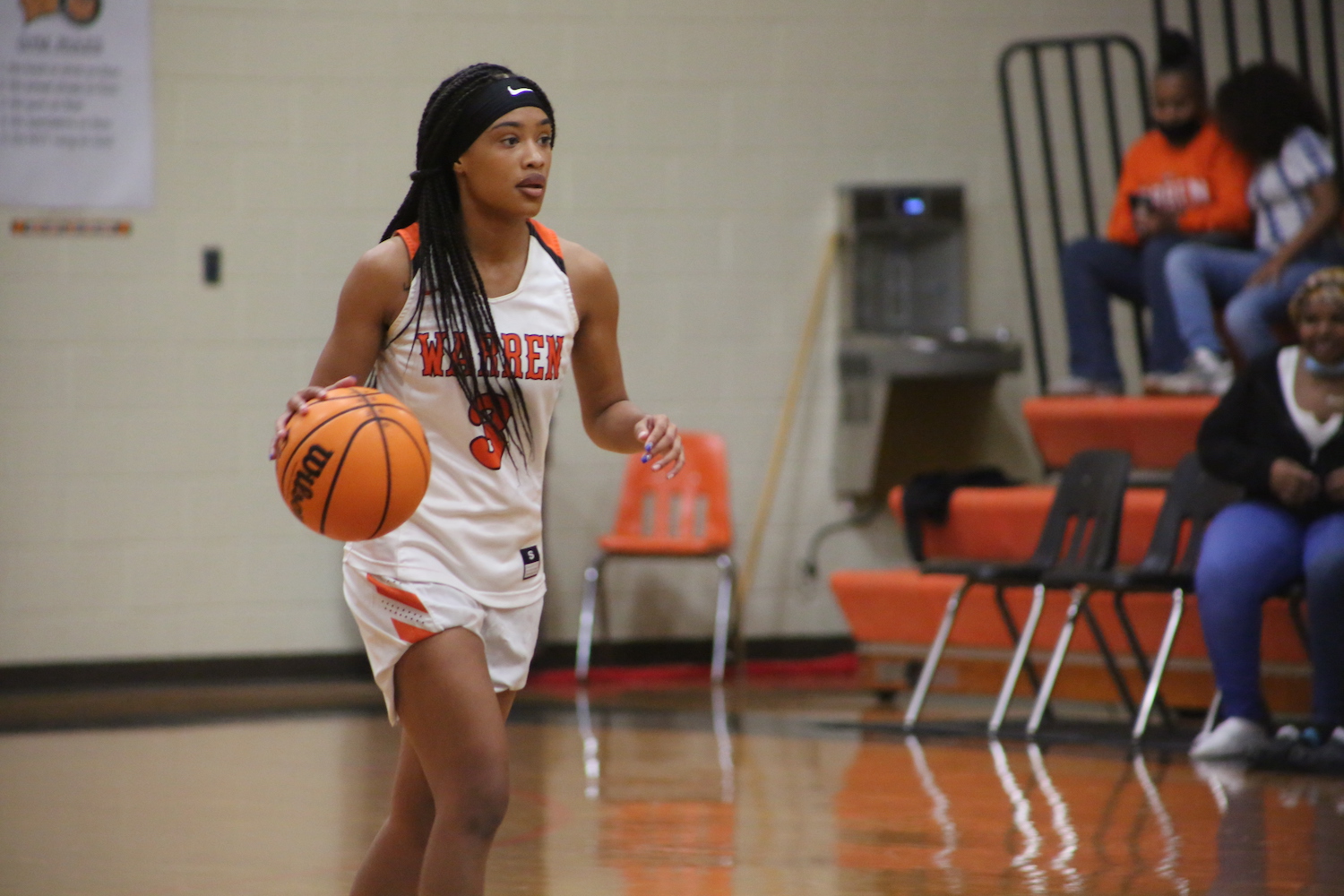 The Lady Jacks got off to a bit of the slow start in the first quarter of action. Senior Keller Bigham was the lone Lady Jack to hit a shot from the field in the opening period, draining a three from distance. Pine Bluff opened a decent lead at 10-4 after the first.

Warren pulled to within two of Pine Bluff prior to the halftime break, down just 16-14. Both Paris Wright and Tyairean Bass got on the scoreboard for the orange and black.

A low scoring third quarter saw Warren down just 21-20 going into the final period of play. The game would be tied at the end of regulation 33-33, Warren having had a lead for a short time in the fourth. Pine Bluff closed the game out however with around 15 seconds remaining in the first overtime. Warren was unable to get a final shot off to tie it up, and Pine Bluff walked away with a 38-35 win over the Lady Jacks.

Bigham led the jacks with 17 points on the night. She went eight of nine from the free-throw line. Tyairean Bass followed Bigham with 10 points on the board, with one three pointer. She shot three for four from the line. Paris Wright was credited with 5 points, Makiya Payne with 2, and Tessa Andrus with 1.

The Lady Jacks are now 0-1 on the season. They are set to host Rison in Warren Monday, November 15.