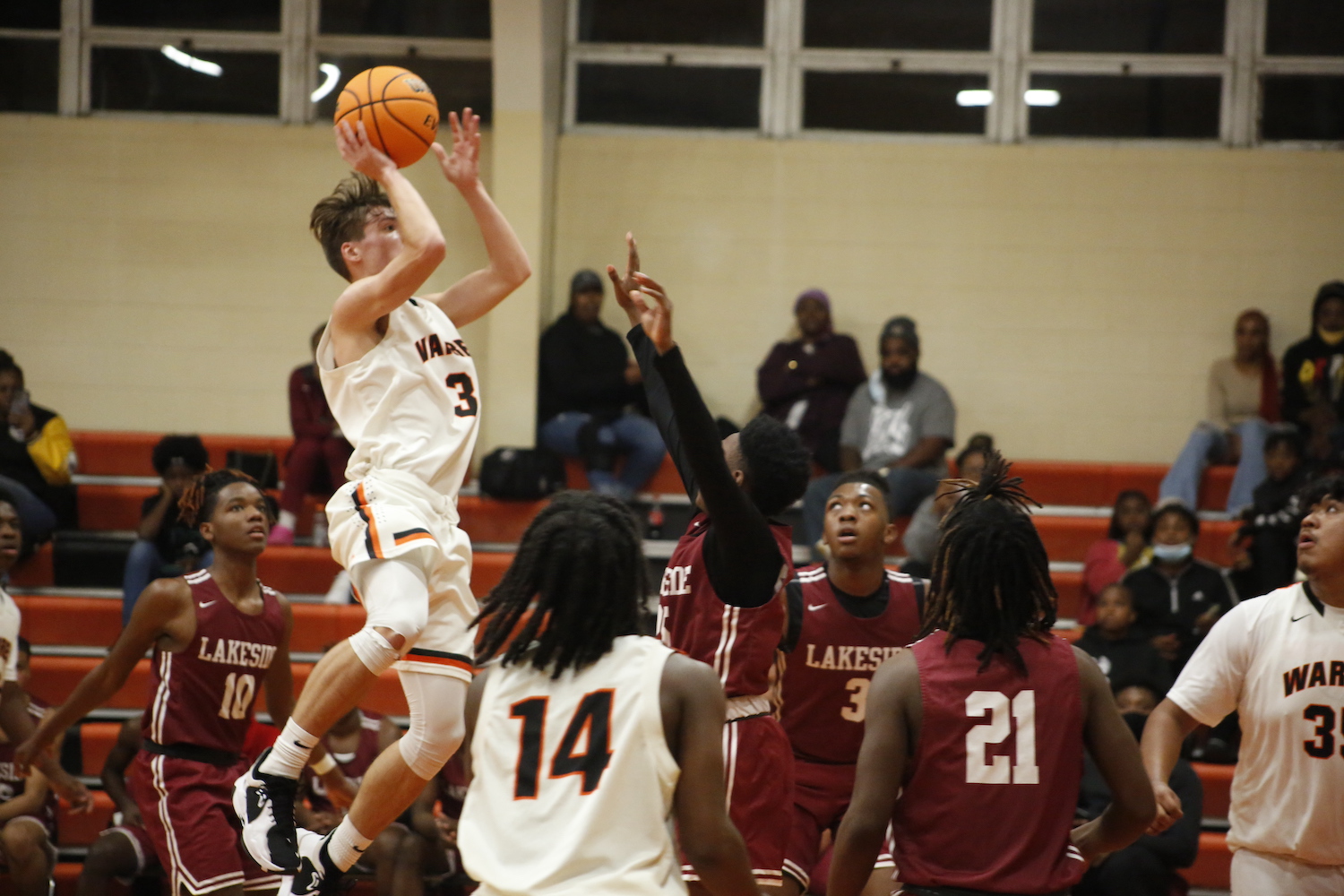 Lakeside seemed to turn on the afterburners in the second period. They extended their lead to 32-9 by the halftime break. Isaac Richey was the lone man on the scoreboard in the second quarter with five points.

The Jacks did get clicking a bit more in the second half, with four different players finding the bottom of the net. A late fourth quarter push was still not enough to secure the comeback, as Lakeside pulled away for the 58-33 win.

Senior Isaac Richey led Warren with 15 points. He hit four threes and went one for two from the free-throw line.

Just behind Richey on the scoresheet was Jayden Ridgell. He collected 12 points, all of which came from three-point range.

With this loss the Lumberjacks move to 1-3 on the year, but they are back in action Wednesday night at 7:30 p.m. to take on Arkadelphia in the Fordyce High Basketball Tournament semifinal.