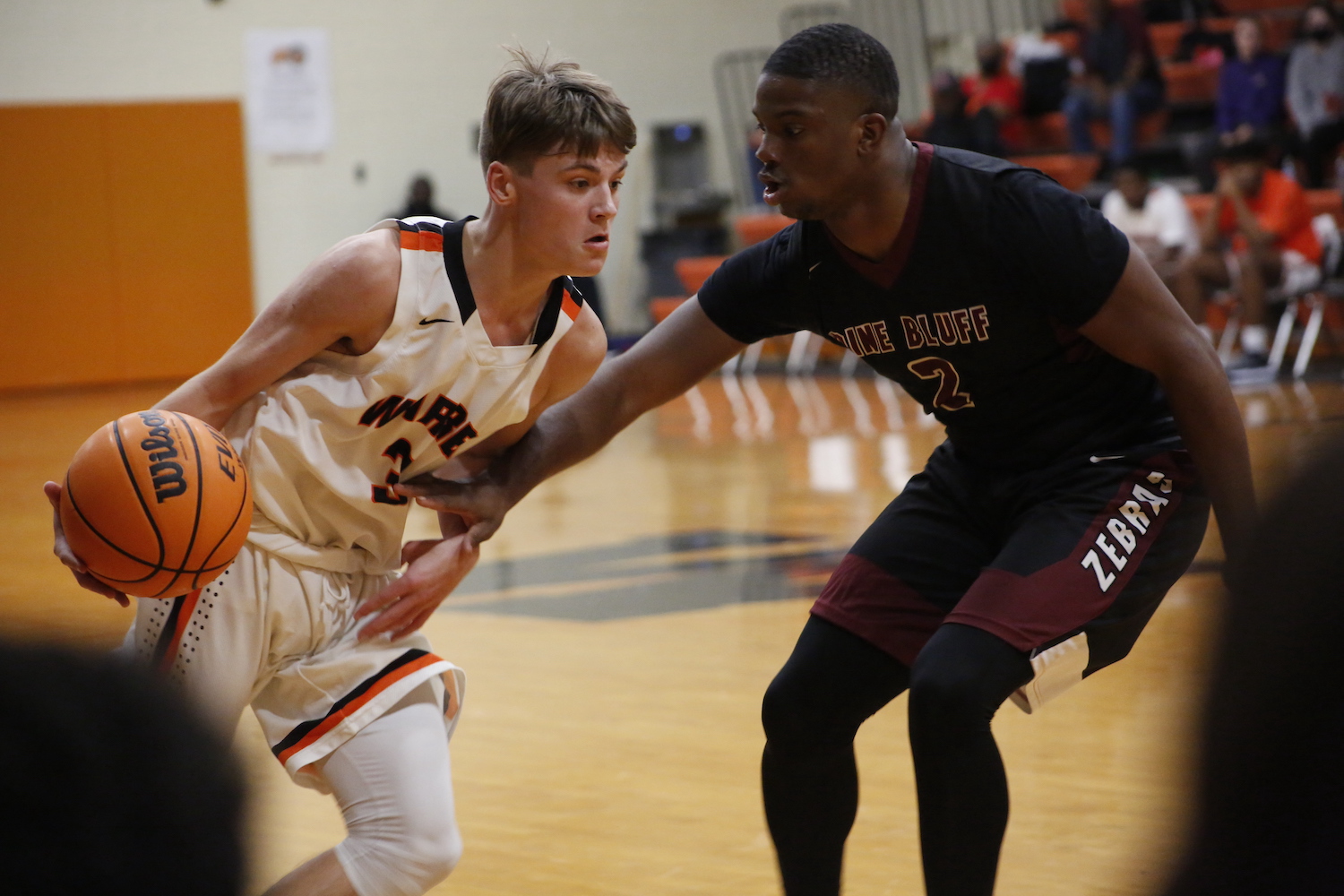 Warren, Arkansas – The Warren Lumberjacks dropped their season opener at home to Pine Bluff High Thursday, November 11, 2021 by the final of 64-19.

Warren was cold from the field for most of the evening. Pine Bluff peeled off a 17-2 lead through the first quarter. Benjamin Escamilla picked up the only points for the Jacks in the first period.

Pine Bluff was in full control by the halftime break, and they created even more distance in the second half.

Warren was led in points by Jayden Ridgell who scored 8, including two threes. Isaac Richey had 5 points on the night for the Jacks. Escamilla had 4 and Marterrious Kinney had 1.