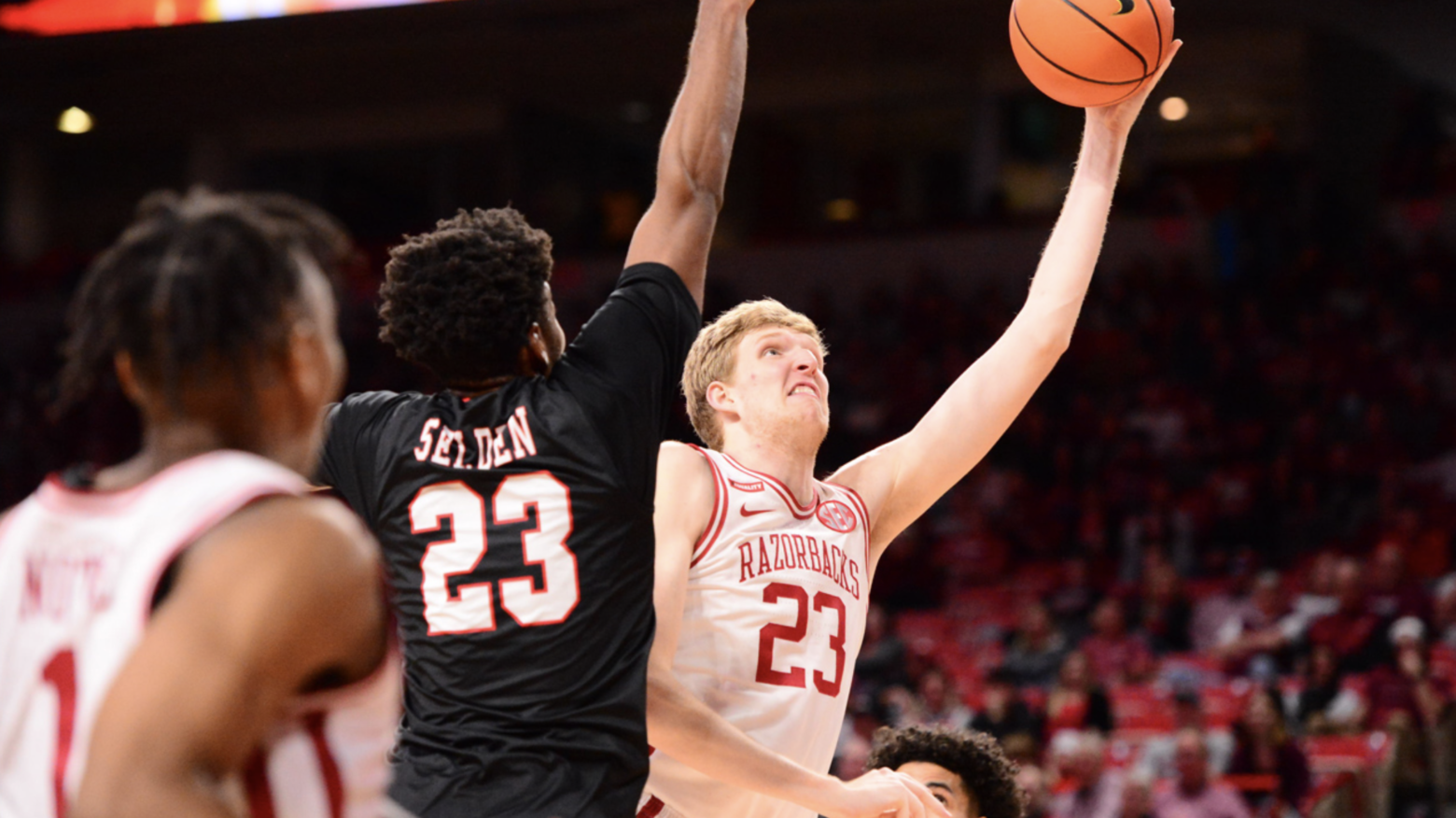 The Razorbacks, troubled with a poor assist-to-turnover ratio through the two exhibitions and season opener, flipped the script versus the Runnin’ Bulldogs with 23 assists and just nine turnovers. The 23 assists were the second-best total by Arkansas in the Musselman era.

Davonte Davis and Jaylin Williams each tied their career high in helpers, Davis with six and Williams with five. In fact, Williams has dished out five assists in each of the first two games for the Hogs.

The game was tied at 15-15 with eight minutes to play before Gardner Webb scored six straight for a 21-15 lead. Arkansas answered with a 7-0 spurt which turned into a 14-0 run and the Razorbacks never looked back. Davis scored five during the run while Vanover and Notae each scored four.

Gardner-Webb was 10-of-18 from 3-point range in the second half to cut its deficit down to 17 at the final buzzer.

The Runnin’ Bulldogs were led by Julien Soumaoro (20 points) thanks to making 4-of-5 from 3-point range in the second half. Kareem Reid and Lance Terry each scored 16.

Up next, Arkansas will host Northern Iowa on Wednesday (Nov. 17). Tipoff is set for 7 pm and the game will be broadcast on SEC Network Plus.