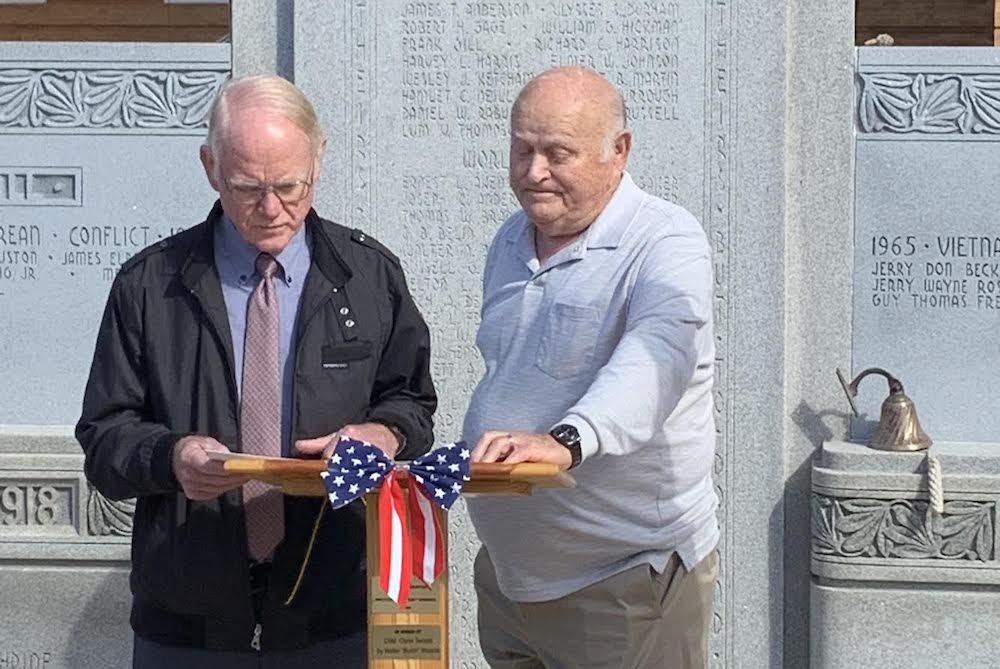 Posting of the Colors was carried out by the JROTC Color Guard. The National Anthem was played by the Warren High School Band, and the Pledge of Allegiance to our flag was led by C/LT Madison Nickolson. The ABC/Preschool sang “We Love Our Flag.” A welcome was given by C/LTC Ashlyn Broughton. Prayer was rendered by C/CPT Felicity Crockett. The preschool kids sang another song and the WHS Band played “Proud to be an American.”

Local Veterans were recognized by 1SG ( Retired ) Greenwood. He thanked all veterans for their service and that of their families. He also expressed appreciation to all Gold Star Families. He thanked all who helped put the program together and stated it was being live streamed by the EAST program.

A speech about Veterans Day was presented by C/LT Mya Casler.

Closing remarks were given by CPT ( Retired ) Brown, a graduate of Warren High School.

Printed on the Program were these words:

When you see someone in a uniform, someone who serves us all, doing military duty, answering their country’s call, Take a moment to thank them for protecting what you hold dear; tell them you are proud of them; Make it very clear. Just tap them on the shoulder, give a smile, and say, “Thanks for what you’re doing to keep us safe in the USA!”