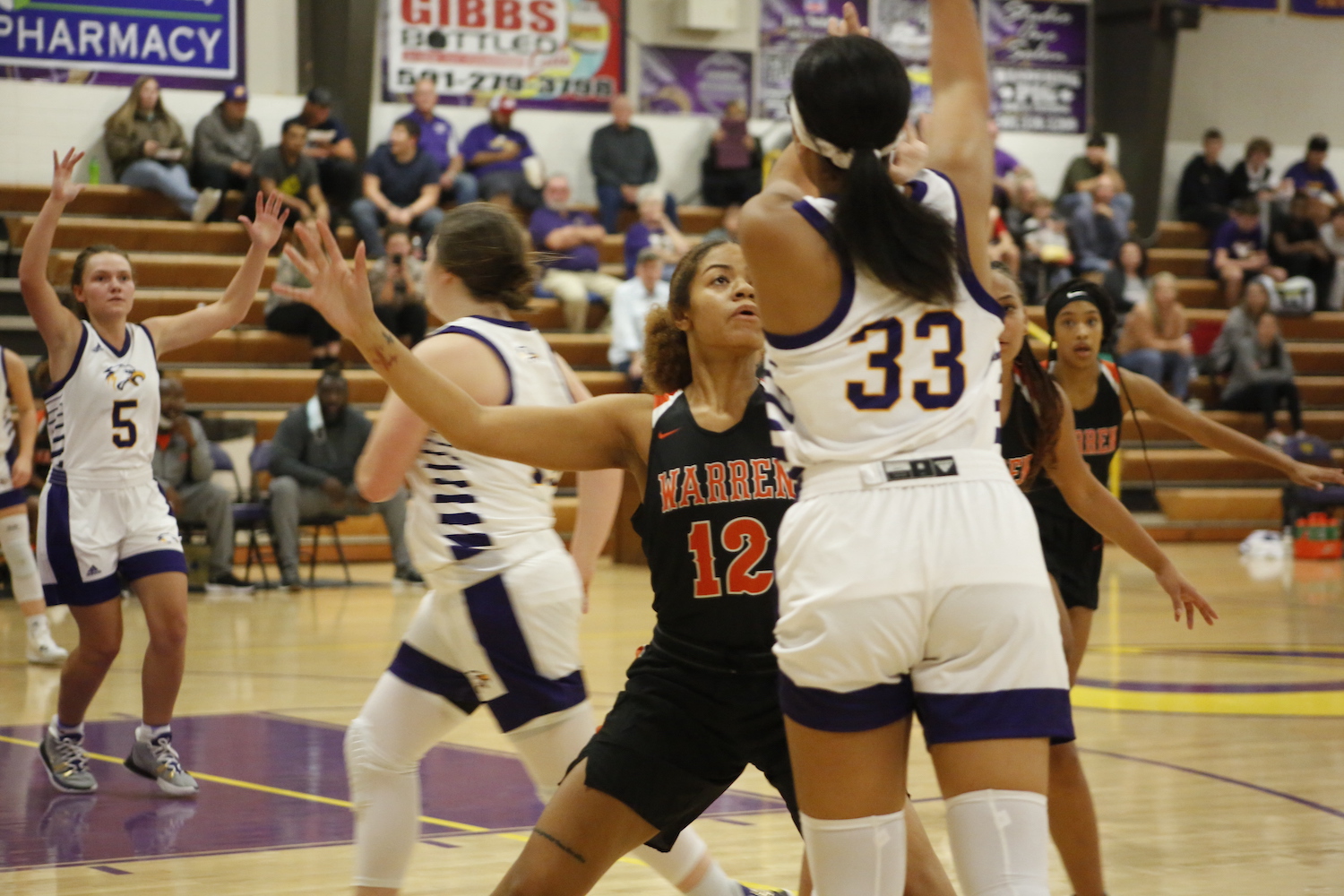 Mayflower, Arkansas – A long road trip to central Arkansas ended in a 65-24 loss for the Warren Lady Jacks Tuesday evening, November 16, 2021 as they fell to the Mayflower Lady Eagles.

Warren struggled early for buckets, but the game remained tight after the first period of play. Mayflower led just 13-8 after the opening quarter. Tyairean Bass and Mahiya Payne each rattled off a three a piece in the early minutes.

The Lady Eagles of Mayflower extended their lead through the second quarter. They were lights out from beyond the arc. Mylesha Yao got on the board for Warren in the second quarter, and Keller Bigham added to her tally with a bucket from inside and a trey. However, Mayflower continued to knock the three ball down, taking a 25-16 lead into the halftime break.

Warren went a bit cold in the third quarter. Bigham was the only contributor for Warren in the period. She would add 5 points, but a hard press from Mayflower’s women saw Warren’s turnover numbers jump. The Lady Eagles took advantage of the errors, extending their lead to 54-21 going into the fourth quarter. They would go on to defeat Warren by the final of 65-24.

The Warren Lady Jacks move to 1-2 on the season with this loss, which also happens to be the first road game of the year.

Keller Bigham was the only Jack to reach double figures on the night. She led Warren with 12 points. Six of her points came from threes. Warren struggled however getting her the ball inside, and her free-throw numbers reflected that fact. Bigham, who came into the game shooting 76.9 percent from the line, didn’t find herself at the free-throw line at all against Mayflower.

Mylesha Yao, Tyairean Bass, and Mahiya Payne each had three points for Warren. Paris Wright made the scoresheet with a bucket, and Michaela Stanley scored 1, going one for one from the free-throw line.

The Lady Jacks are not in action again until after Thanksgiving. They will feature in the Dermott Tournament November 26 through 27. Game start times for the Lady Jacks have yet to be announced, but Saline River Chronicle will have that information when it becomes available.