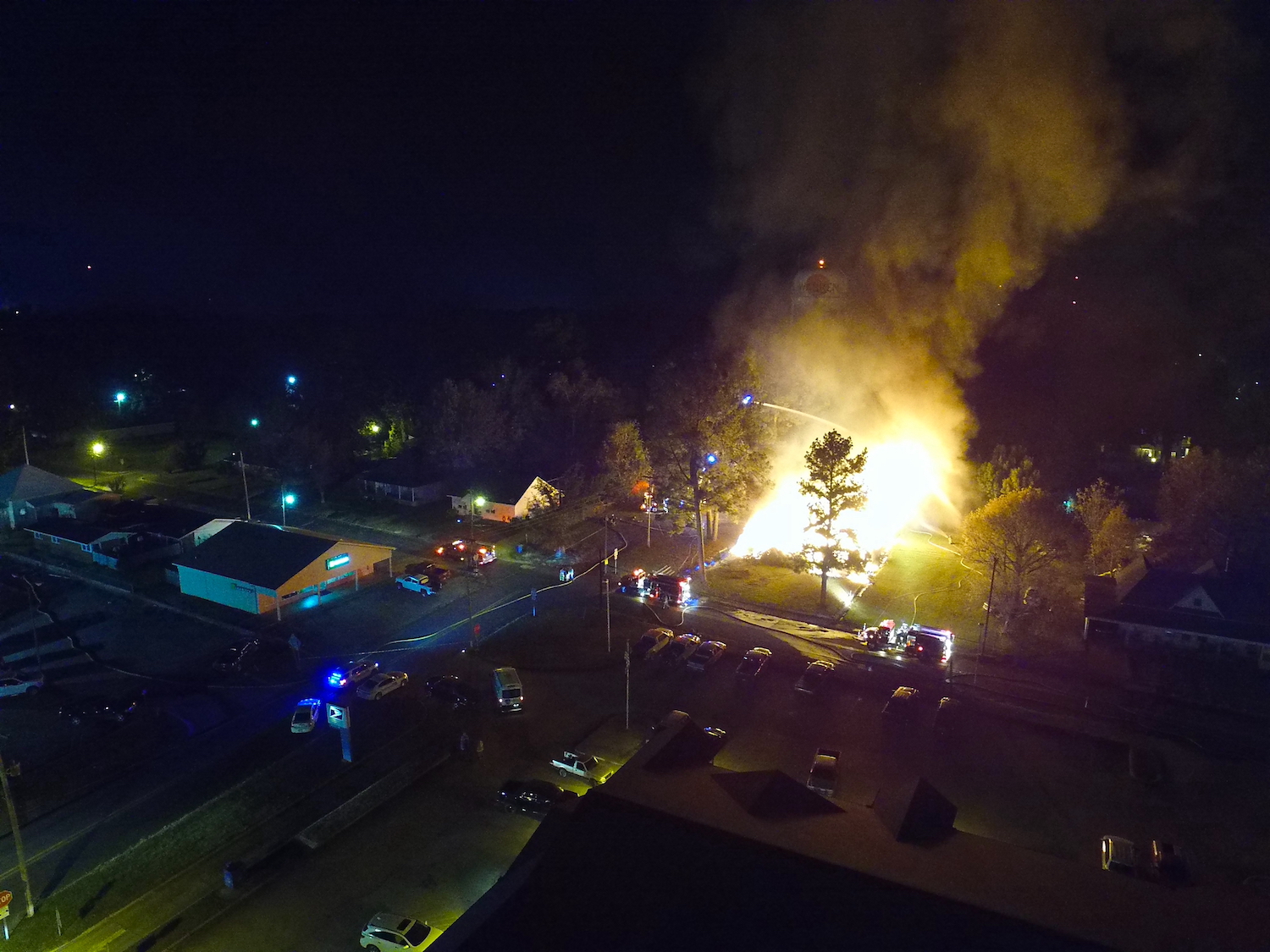 Warren, Arkansas – The Warren Fire Department conducted a controlled structure burn Tuesday evening, November 9, 2021 at an already damaged old home structure at the north end of Main Street in Warren for the purposes of demolition of the damaged house as well as firefighter training.

The old home which had been previously damaged beyond repair in a fire over a year ago was located at the intersection of Bond and Main, just south of Warren’s northern water tower.

Warren Firefighters were on the scene late in the afternoon Tuesday to begin the controlled burn. They took the opportunity to use the burn to train using the Department’s ladder truck, as well as other essential equipment. The exercise is a valuable component of training.

Watch a short video of the controlled burn below. Other photos can be seen below the video.