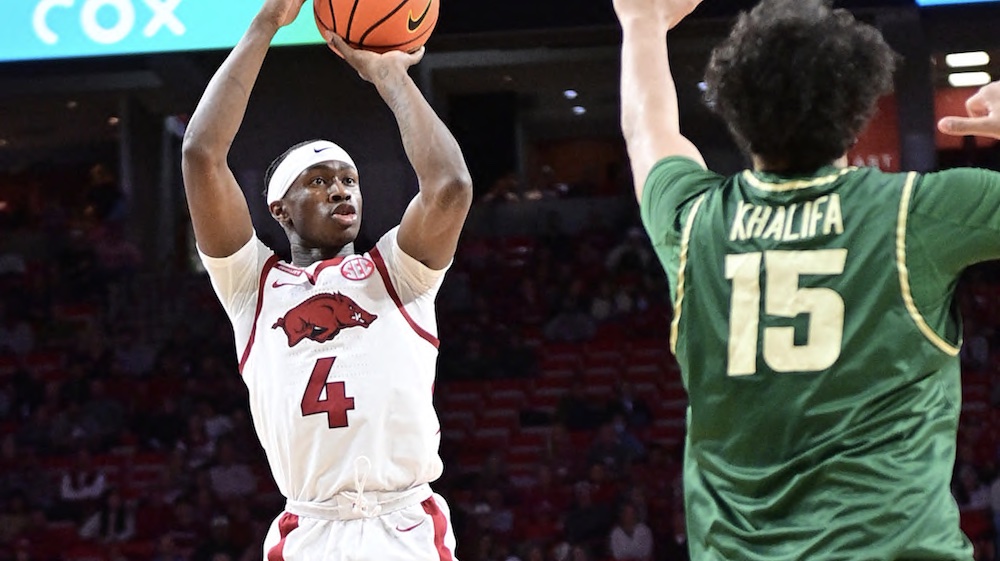 Notae scored 23 points and grabbed 10 rebounds – all on the defensive end – while Williams scored a career-high 15 points on 7-of-9 shooting with eight boards and Davis dished out a career-high eight assists with 18 points – two shy of his career high.

Charlotte made a run at Arkansas after making back-to-back 3-pointers to get to within nine (73-64) and force a Razorback timeout with 5:46 left. Arkansas came out of the break with a 10-0 run and, overall, ended the contest on a 13-2 spurt for the 20-point win.

Charlotte was led by Austin Butler with 14 points and six rebounds.

Arkansas travels to Tulsa, Okla., on Saturday for a neutral-site meeting with border rival Oklahoma. Tipoff in Tulsa’s BOK Center is set for 12:30 pm and the game will be televised on ESPN2.