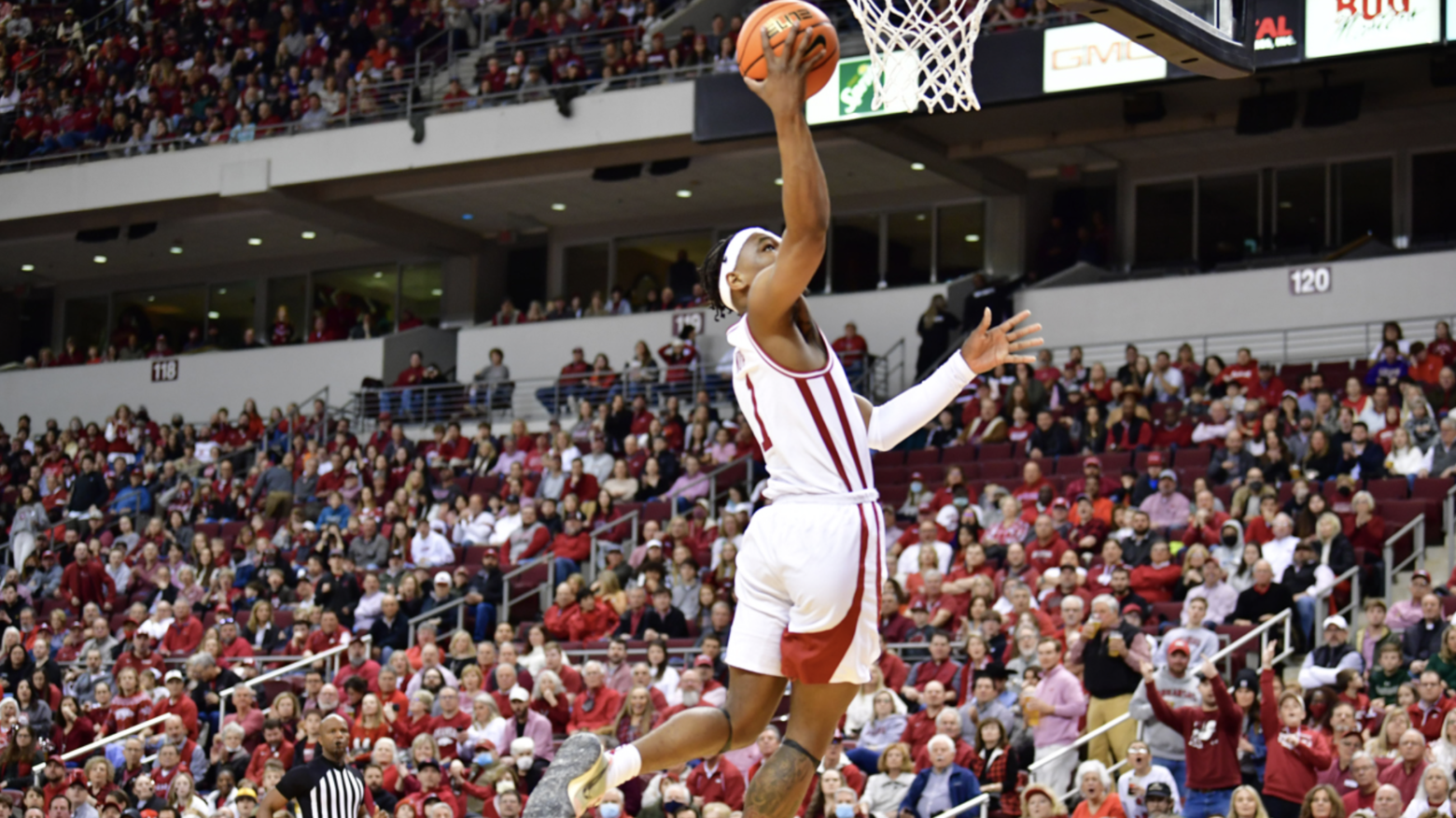 North Little Rock, Arkansas – Arkansas used an 11-0 run midway through the second half to get to within three (64-61) and only trailed by two (66-64) with five minutes left but Hofstra answered with eight straight points to secure an 89-81 victory at Simmons Bank Arena Saturday night.

The Razorbacks drop their second straight and fall to 9-2 overall.

Arkansas was down 14 and ran off eight straight, highlighted by a Jaylin Williams dunk, to force a Hofstra timeout. The Razorbacks then extended the run to 11 after a JD Notae 3-pointer with 6:19 left. Later, Davonte Davis converted an old-fashion, three-point play to make it a two-point contest with 4:53 remaining.

However, four different Hofstra players made unanswered layups on four consecutive possessions to push the lead back to 10 (74-64).

The Razorbacks made five of its 12 3-pointers inside the final minute, but the Pride was 8-of-8 at the line over the same span to hold off the Hogs.

Aaron Estrada (22 points and 10 rebounds) and former Razorback Abayomi Iyiola (18 points and 14 rebounds) each had double-doubles while Jalen Ray finished with 22 points. Estrada added eight assists as the Pride had 17 for the game. Hofstra also out-rebounded the Razorbacks, 40-33.

Arkansas will play its final game prior to the Christmas break on Tuesday (Dec. 21) versus Elon. Tipoff is set for 6 pm at Bud Walton Arena and the game will be televised on SEC Network.