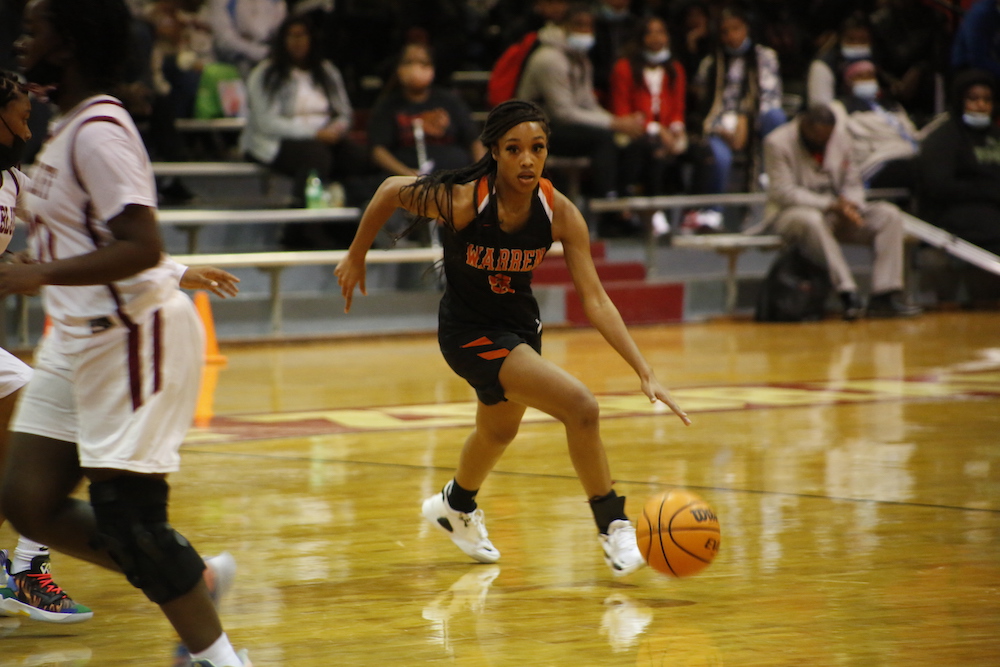 Pine Bluff, Arkansas – A good week got even better for the Warren Lady Jacks as they capped off a successful mid-December stent with a second road win in three days, this time defeating Pine Bluff by the final of 44-37.

The Lady Jacks lost their season opener to Pine Bluff in overtime in Warren in November by the final of 38-35, so this game was one Coach Leon Harris’s girls surely had circled on the schedule since that first week of play.

Warren came into the game hoping to go above .500 on the year, currently sitting at 4-4 after a Tuesday night overtime win over future conference foe McGehee.

The ballgame was tight through the first three quarters. Going into the fourth, Warren led by only two at 34-32. Warren hit 16 of 17 free throws in the third quarter alone to keep in the lead. They went on to win by seven with the final score of 44-37.

Once again, senior Keller Bigham reached double figures and led the Jacks on the scoresheet. She scored 28 on the night. Bigham went 15 of 17 from the free throw line, and hit another big fourth quarter three to help seal the deal. Bigham’s past week scoring total through the last two games is 58.

The win improves the Lady Jacks to 5-4 on the season. They next take part in the Drew Central Holiday Tournament starting December 28.

Top photo: Tyairean Bass(3) drives inside during the first quarter against Pine Bluff.