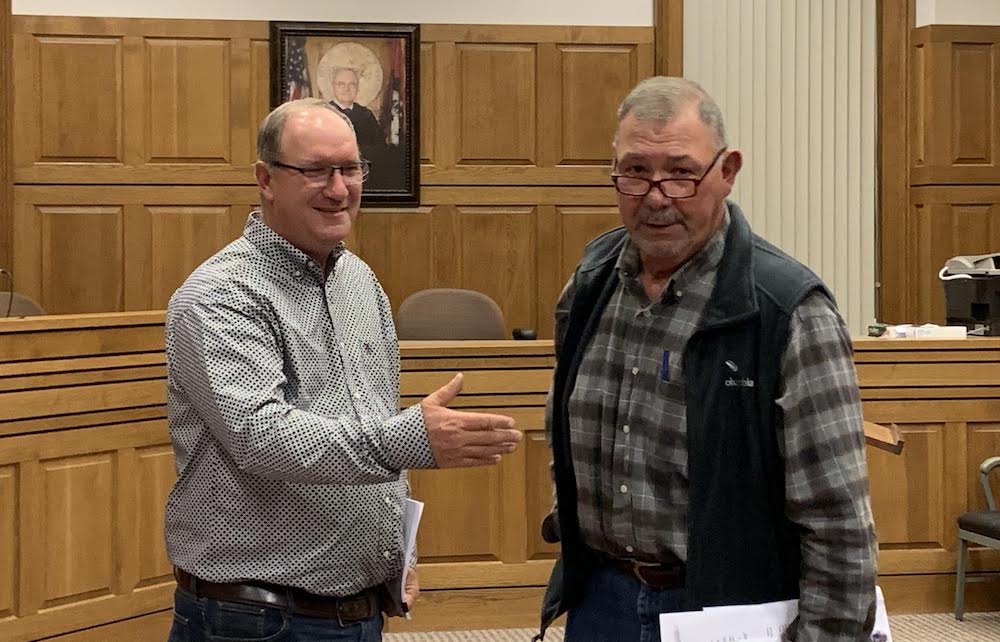 Warren, Arkansas – Meeting in regular session for the December 20, 2021 Quorum Court Meeting, the Justices were provided an update on the status of the prison project that has been pending for several years. Judge Klay McKinney reported that the Court’s Jail Committee has been discussing the latest proposal suggested by LaSalle Corrections to build a large prison with local jail space for Bradley and Drew Counties. This issue has been under consideration for about five years.

To summarize, consider the following:

The original proposal from LaSalle, a private for profit company, included them financing and constructing a large prison to house State of Arkansas inmates and make available a number of cells for use by Bradley and Drew Counties on a fee basis to house county inmates. Each county would pay for a determined number of cells whether they used them or not. The State of Arkansas had agreed to house several hundred state inmates in the prison. Agreements have been signed between Bradley and Drew Counties and LaSalle, and between the counties and the State. Under the terms of the contracts, the counties would contract with LaSalle to house all the inmates, state and local, and the State would in turn contract with the counties for the state inmates. The state would have no legal relationship with LaSalle. This would mean the counties would be the sole contractor with LaSalle. The fact that the State would utilize the counties to contract for state prisoners was a point of controversy, but both counties voted to do so.

The prison was to be built in Bradley or Drew County, and after the contracts were signed, the Bradley County Economic Development Commission asked the City of Warren to give land in the City’s Industrial park to LaSalle to build the prison. The city did so in an effort to secure jobs. The BCEDC then gave a 50,000 square foot spec building, constructed at taxpayers expense, to LaSalle for use as part of the prison complex. The company determined the building was of no use to them and apparently gave it away in return for it being removed and relocated. The building, worth around $450,000.00, has been taken down and removed. There are reported “claw backs” in the contracts to pay back the BCEDC in some fashion if the project does not go through as proposed.

A couple of months ago LaSalle addressed the Bradley County Quorum Court and indicated the contracts as signed were no longer feasible. They stated the company could no longer secure federal prisoners and therefore the project was not affordable. While there was never a prohibition against LaSalle housing federal inmates in the facility, it was not presented as a requirement of the project moving ahead at the signing of the contract.

At the meeting in which LaSalle informed the Court that the contracts as signed are not feasible, the company suggested the County consider taking the following actions:

The County Quorum Court Jail Committee has been studying the suggestion and according to Judge McKinney, has more questions and has made no recommendation.

According to Judge McKinney, the new idea would result in a 600 plus bed prison and would be some 116,000 square feet in size. Again, Bradley County would finance and build the facility. It would cost around $30 million and take another $3 million for startup. It would create some 116 estimated jobs.

Justice Pat Mormon stated that the suggestion from LaSalle is the exact opposite of the original plan. Justice Mormon said he supports private prisons but that he could not see the new plan as workable. During the discussion, Justice Jim Anders stated the Court is still working on the project.

Drew County is also discussing the feasibility of building the prison in their area.

In other business, Judge McKinney introduced new Justice of the Peace Randy York who has been appointed by Governor Hutchinson to fill a vacancy on the Court to represent District 5. He also announced the resignation of Justice Charlotte Denton of District 8. The Governor will be asked to fill the position for the remainder of 2022, which is the conclusion of the term.

Regular reports were presented and the Court approved the 2022 budget. County employees are getting a 3% raise.

In a year end report the Judge stated that in 2021 the County hauled 75,000 yards of gravel and graded the equivalent of 4000 miles of gravel and dirt roads. He also talked about the challenges being faced in the solid waste department.

County Corner Sammie Warren asked the court to keep the assistant corners in mind for future funding and indicated she hopes all of them will complete their training.

During public comments, interim administrator of the Bradley County Medical Center Leslie Huitt and Marilyn Johnson spoke to the Court, indicating they were working hard to improve the Hospital alongside the rest of the staff.