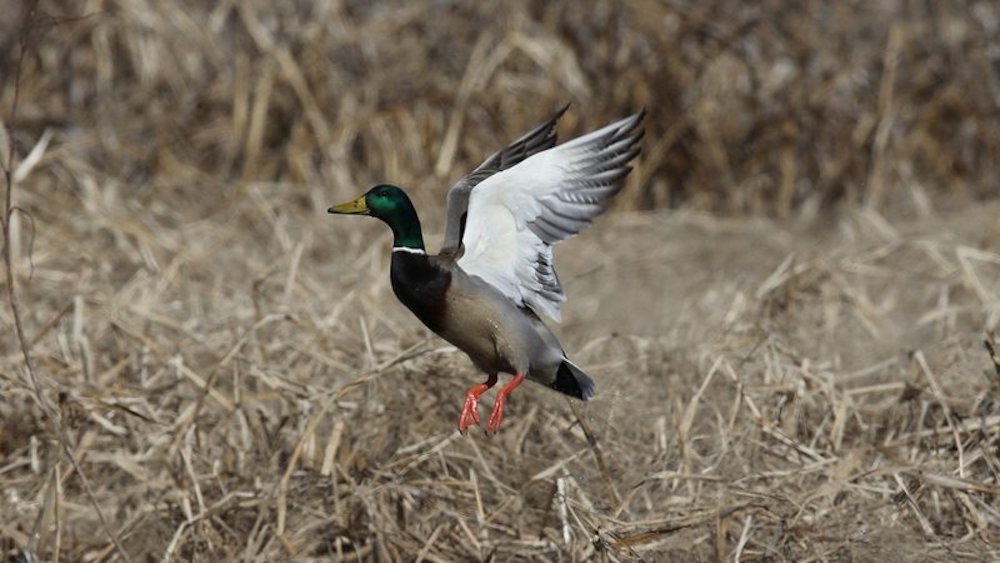 “It’s doing nothing but getting drier on the landscape,” Luke Naylor, the Arkansas Game and Fish Commission waterfowl program coordinator, said Wednesday. “Conditions may be declining, and certainly not getting better in a lot of places. We need a substantial rain soon, but there isn’t one in the forecast.”

By “substantial” rain, Naylor means something more than was left by the storm line that passed quickly through Arkansas Sunday night and early Monday morning. What the state needs, he said, is something in the 4- to 6-inch level of rainfall, “a massive rain that lasts a couple of days and sits over the state. The little half-inch or three-quarters inches of rainfall isn’t going to do anything at this point.”

The AGFC’s waterfowl aerial survey team is in the skies over most of the state this week trying to spot what ducks have encamped in Arkansas. The flying was to be completed Wednesday (Dec. 8), with a report to be released by early next week. “I wouldn’t be shocked if it is one of the lower December counts we’ve had, because habitat availability is so poor,” Naylor said.

Naylor said he hasn’t heard much anecdotally from hunters since the season opened. The first break of the season came Nov. 30, with the only waterfowl hunting over the past two weeks coming on Saturday, Dec. 4, with the youth, veterans and active military special statewide hunt. Otherwise, ducks have been able to rest from pursuit for 11 days before the second split opens Saturday 30 minutes before sunrise.

“Private clubs that are carefully managing hunting pressure and that have some water have some ducks.”

There are also geese available for waterfowlers, but Naylor said he hasn’t heard many reports on that front. “I heard some snow geese flying overhead this morning. I’m sure we have got the typical numbers of snows and specks. They have more options in terms of habitat than what ducks do.”

Missouri’s Department of Conservation, meanwhile, put out its annual pre-Thanksgiving report on ducks, Naylor noted. “They usually have peak numbers then and that was true in this report, they were close to peak numbers with a little lower percentage of mallards. They had average overall duck numbers for that period. I don’t know anything about the hunting success there, but ducks were around. I don’t know if they are as dry as we are.”

Remember that to participate or land a permit for either the AGFC’s managed waterfowl areas that offer permit hunting, or to enter the drawing for an Arkansas WRICE program field for the weekend of Dec. 18-19, you’ll need to apply this week between Thursday at 3 p.m. and Sunday at midnight. Permit hunts are offered on Steve N. Wilson Raft Creek Bottoms WMA, the Red Cut Slough tract at Cypress Bayou WMA (though, without water, those permits are suspended until there is huntable water), the Conway George tract at Sheffield Nelson Dagmar WMA and Freddie Black Choctaw Island West Unit WMA. And AGFC has up to 45 privately owned flooded rice fields available to hunt by permit through its special duck hunting application process. Again, with the dry conditions around the state, some leased fields are still not available, though most owners are attempting to flood their fields this year and many have upgraded their blinds for a better hunting experience. Visit https://www.agfc.com/en/hunting/migratory-birds/waterfowl/special-waterfowl-permit-hunts to learn more about these special duck-hunting opportunities and to apply.

Where pumping is possible, the AGFC is getting more water onto its hunt areas.

“We’re still needing a significant rainfall evenl,” said Eley Talley, assistant regional supervisori in Hope over the southwest region. “We’ve begun putting water in the GTR at Dr. Lester Sitzes Bois D’Arc WMA. It will have some walk-in hunting available. Seeing a few more ducks around on ponds and sloughs so that’s promising.”

Red Cut Slough in Cypress Bayou was dry during the first split of duck season, but now there is huntable water in three of the six units and a little water in a fourth. Hunting on Red Cut Slough is available via online draw. The AGFC’s Jacob Booker said, “We were able to get some from the bayou and some from a new screw gate we added to the reservoir (Unit 6). We were able to take 4 inches out of the reservoir to give us a shot in the arm in Unit 5.”

Also, some pumping has been able to make Dark Corner’s three waterfowl units huntable in east-central Arkansas in the Sheffield Nelson Dagmar WMA. There is a good stand of millet and native vegetation in each unit. Hunting there is first-come, first-served with no permits necessary. There is anywhere from 30% coverage in Unit 2 to nearly total coverage in Unit 3. Also, the Conway George Waterfowl Unit C area is huntable now with 100% coverage. This unit is available to youths over the weekend and to all ages on Wednesdays. The other two Conway George units have been huntable since opening weekend. Pumping continues to bring Steve N. Wilson Raft Creek Bottoms WMA up to good levels in most areas.

Four of the six units a Frog Bayou WMA in western Arkansas now have 100% coverage thanks to pumping. Ed Gordon Point Remove WMA near Morrilton and the Arkansas River, which added a pumping station last year, has some units with ample, huntable water and still others that are dry. Pumping is possible as long as there is enough water in Point Remove Creek.