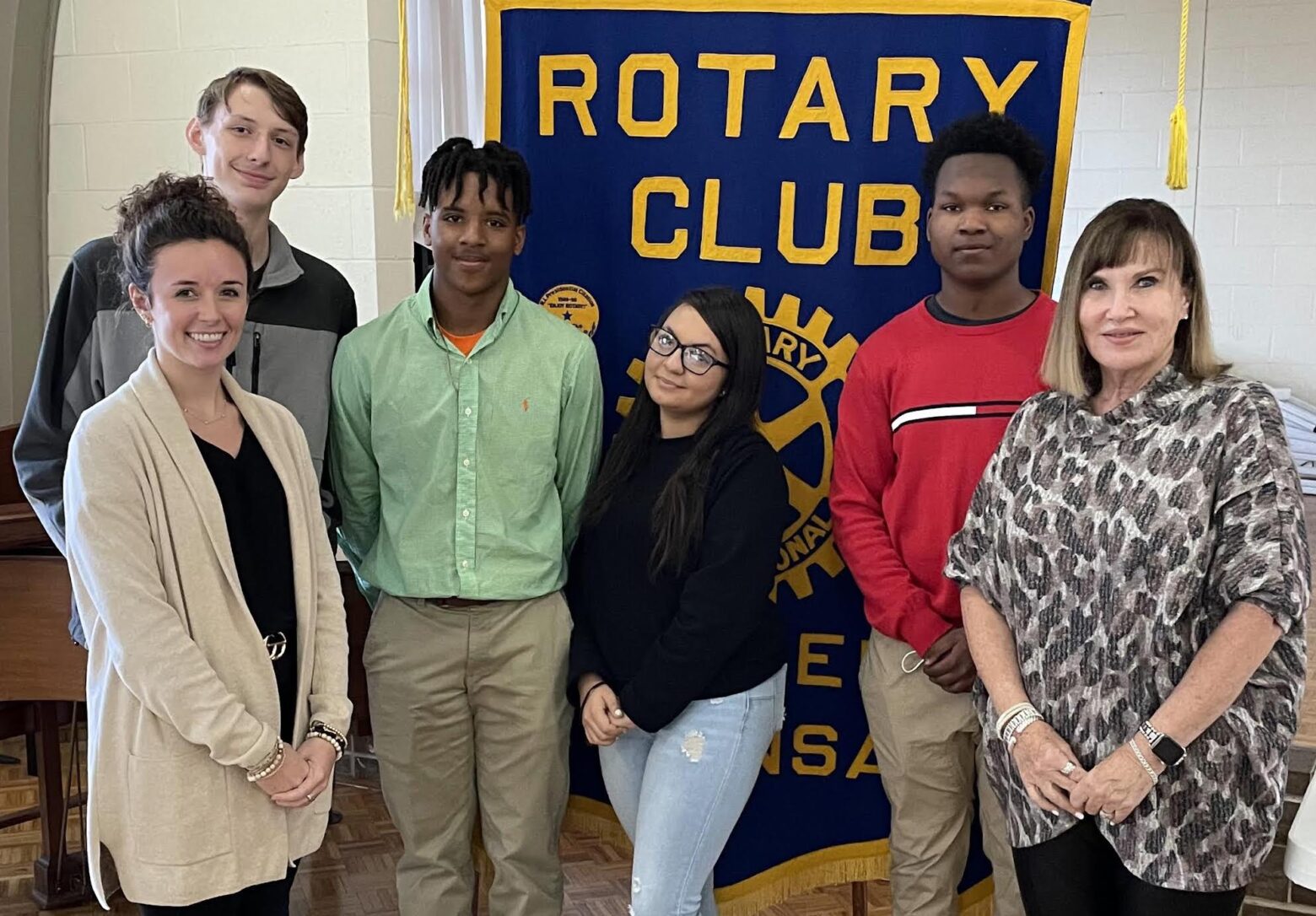 The Warren Rotary Club met in the Fellowship Hall of First United Methodist Church at Noon on Tuesday, Dec. 14 for their last meeting of 2021 with Rotarian Marnette George presenting the program. George’s program was Payton Sledge, who is over the EAST program at Warren High School. Sledge had four of her students join her in the presentation. Ashlyn Broughton spoke about the livestream production that broadcasts football games, basketball games, academic ceremonies, and more for the school district on their YouTube page, while Harley Davis is part of their drone program that has gotten video footage from the sky of Warren facilities and helped work with the construction crew that’s working on the new elementary school and gym. The other two students were Cody Weatherspoon and Xymere Thomas, who are working with the county judge on developing a disc golf facility among other projects around the community.

Additionally, the Warren Rotary Club made a presentation to the Warren Branch Library with a large number of food and hygiene items for the library’s Blessing Box. The items were purchased with grant money from Rotary District 6170. The club spent roughly half of the money before the holidays and will spend the remainder on items for the Blessing Box at a later date.