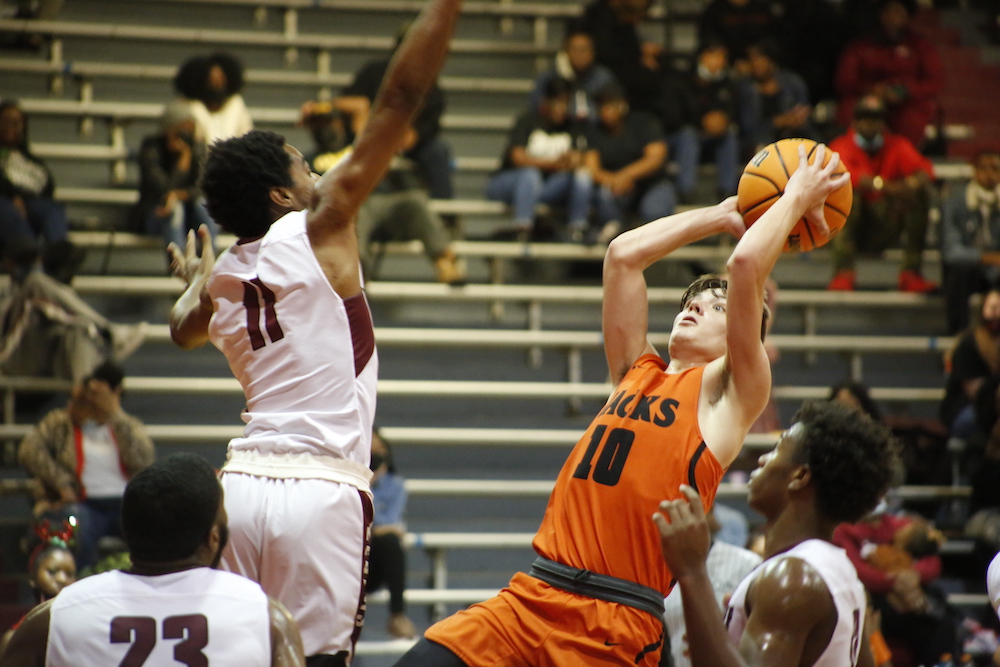 Pine Bluff, Arkansas – Looking to bounce back from a Tuesday loss to McGehee, the Warren Lumberjack basketball team fell to Pine Bluff on the road Thursday evening, December 17, 2021 by the final of 56-24.

Warren struggled in the first half shooting, only putting up six points before the midway point. A better third and fourth quarter performance was not enough to inspire a comeback vs. a physically impressive Pine Bluff Zebra squad.

Warren senior Isaac Richey led the orange and black with nine points on the night. He was followed by Malik Day with six.

The loss brings Warren’s overall record to 1-6 on the year. They now settle in for the holiday break. The Lumberjacks are not in action again until the new year. They next face Camden Fairview January 4 at home in Warren.

Top photo: Isaac Richey(10) takes a fade away shot during the first half.