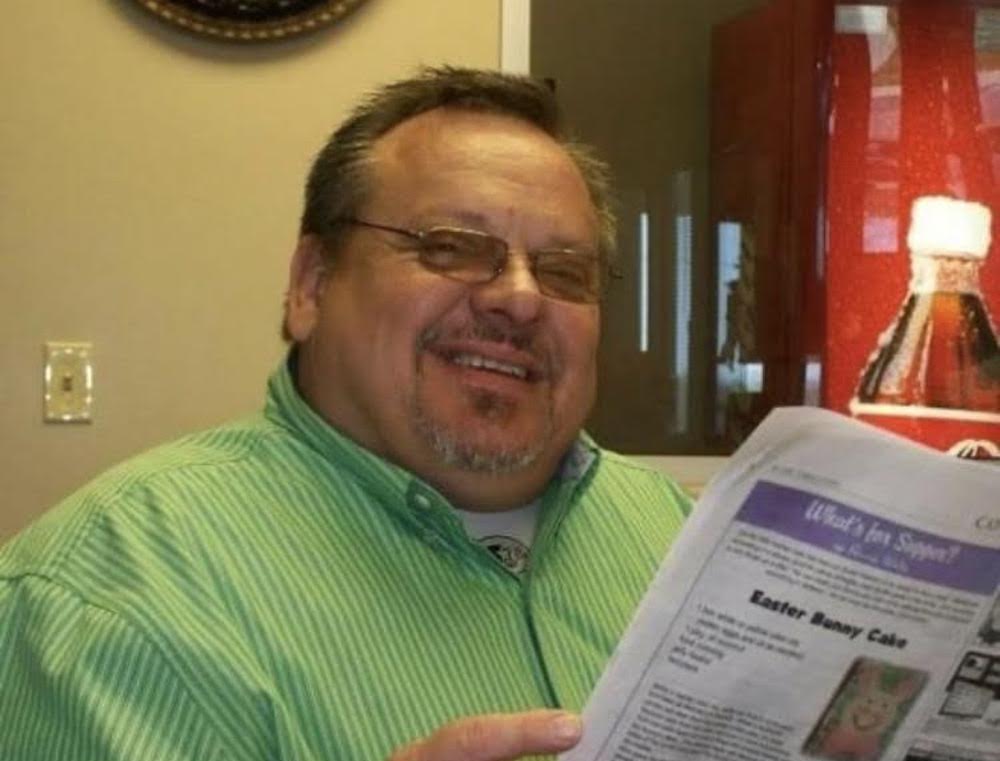 Jim was born in Warren, Arkansas to the late James P. White, Sr. and the late Marion Love Byrd on November 14, 1953. While he grew up as a proud Warren Lumberjack, he quickly became a McGehee Owl when his father purchased the McGehee Times in 1973. The Times joined with the Dermott News in the late 1970s and Jim and his brother Tom worked alongside their father in the family business.

Jim married the love of his life, Arlene Coulter, on November 1, 1980. The two worked together at the Times-News for many years. James, Sr. retired from the newspaper business in 1992, passing the paper along to Jim and Tom. Tom would eventually become the publisher of the Advance Monticellonian, leaving Jim and Arlene to lead the Times-News.

Jim’s dedication to both the City of McGehee and the advancement of justice and equality led him to begin volunteering with the McGehee Police Department in 1996. He retired from the newspaper and officially joined the department full-time on May 12, 1999. White was named Chief of Police on May 1, 2004 by then Mayor Bain Poole. He served as Chief under Poole, Mayor Jack May, and Mayor Jeff Owyoung before retiring in February 2021.

Chief White had the distinguished pleasure of serving with many first responders over the years, and was known for his strong will and dedication to law and order. His gruff exterior was matched only by his quick wit and intense loyalty to his friends and family.

Over the years, Jim volunteered with many organizations including the McGehee Chamber of Commerce, the McGehee Beautification Committee, and was past President of the McGehee Industrial Foundation. Jim enjoyed spending time at JRJ Hunting Camp with his friends and spent many hours lounging with his favorite beagle, the late Earl the Girl Herren.

Besides his parents, Jim is preceded in death by his mother-in-law Louise Coulter, nephew Shane Childress and great-nephew Miles Robbins.

He leaves behind to cherish his memory his beloved wife Arlene and their two cats Bob and Sugar; sister Fran (Roger) Childress of McGehee, brother Tom (Susan) White of Monticello, and sister Ann (Mike) Callison of Benton; sisters-in-law Brenda Denton of McGehee and Phyllis Wall of Monticello. He is also survived by nephews Josh (Brandi) Childress of Little Rock, Scott White of Monticello, Justin (Kacee) Wells and Jacob Wells of Benton, and Edward (Sarah) Holt of Jonesboro; nieces Rachel Freeze of McGehee, Jamie (Ed) OConnor of McGehee, Jessica (Jentry) Tillman of North Little Rock, Ashley Rodgers of Benton, Jace Callison of Benton, Amber (Jeff) Petty of Monticello, and Casey King of Watson. He also leaves behind a host of great-nieces and great-nephews, and many beloved friends whose lives he touched.

Visitation will be held Tuesday, December 28, 2021 from 5p.m.-7p.m. at Griffin-Culpepper Funeral Service in McGehee. Funeral services will be held at 11a.m. Wednesday, December 29, 2021 at First United Methodist Church with Pastor Eddie Allen officiating. Interment will follow at McArthur Cemetery.

In lieu of flowers, donations may be made to Paws and Claws Humane Society of McGehee, P.O. Box 238, McGehee, AR 71654. Arrangements under the direction of Griffin-Culpepper Funeral Service. Online guestbook may be signed at www.griffinculpepper.com.