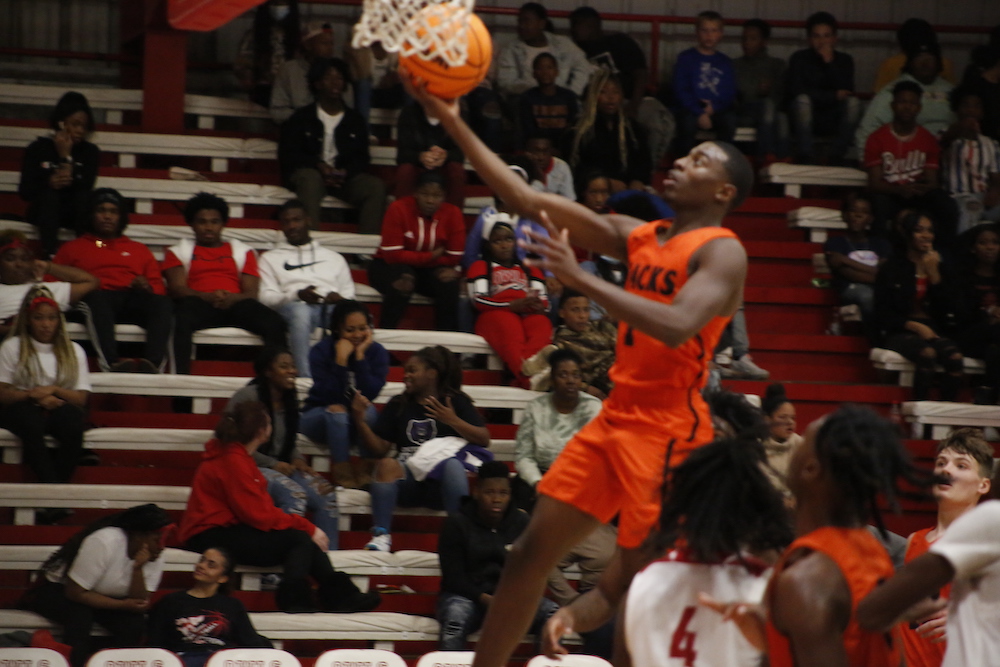 McGehee, Arkansas – The Warren Lumberjack men’s basketball team lost to McGehee on the road Tuesday night, December 14, 2021 by the final of 47-37.

Warren came into the ballgame with an overall record of 1-4, but with a few reenforecements arriving from the end of football season, the Jacks looked to bounce back in search of their second win of the season.

The Lumberjacks came out with a fast paced attack, led by Jalen Lee, a football post-season addition to the squad. Warren carried an 11-7 lead in the second quarter. The Owls of McGehee soared back to life however, taking a 25-17 lead into the midway break. The Jacks went a bit cold in the second half and dropped the game by ten in the end, by the final of 47-37.

Warren will next face Pine Bluff this Thursday evening on the road.

Top photo: Jalen Lee(1) goes up for a layup Tuesday night at McGehee.