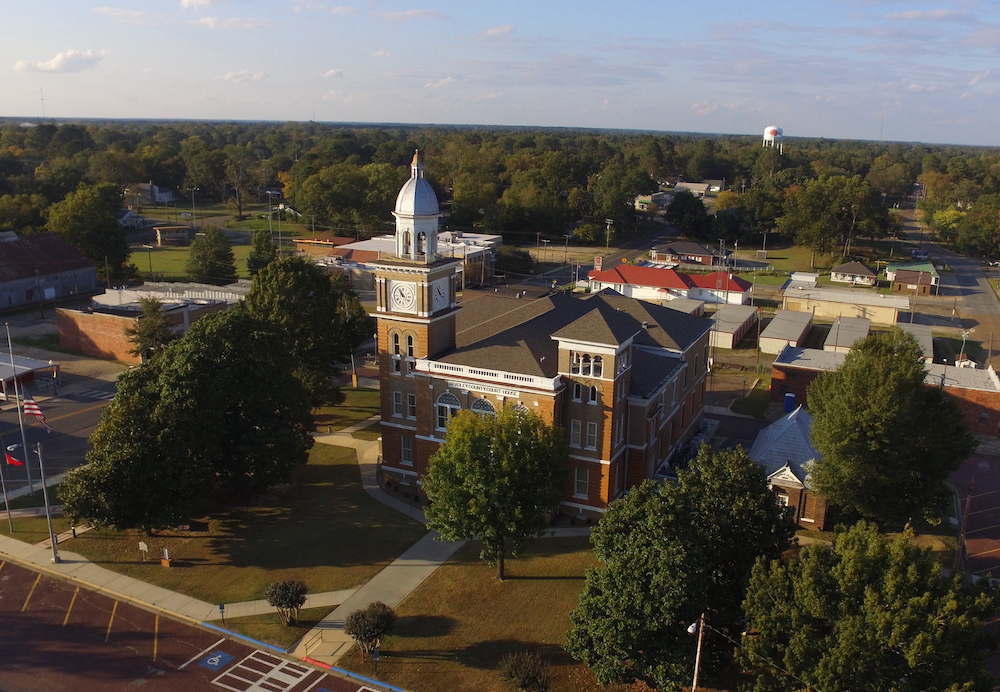 Now this Pastime is not meant to be a history lesson as much as a Happy Birthday greeting.

Getting the technical out of the way, on December 18, 1840, Bradley County was formed from the much larger Union County on pre-drawn, pre-territorial maps. The state of Arkansas was only 4 years old at the time of the creation of Bradley County.

The final result, after 1873, Bradley County retained 654 square miles of the most beautiful timberland, rivers and streams in Arkansas. Bradley County was the 43rd county formed and for many years had the 43 designations on all license plates each year (example 43-2876).

The county was named after the War hero of 1812, Captain Hugh Bradley, who had fought alongside General and Later President Andrew Jackson, in the Battle of New Orleans. Bradley used his military service and its land grant to settle in the area along with Isaac Pennington, who along with Bradley settled in a settlement to become Warren in 1821. Bradley’s home was used as the first court session held in the area. The city was named for his manservant, Warren, a slave, who had accompanied Bradley in his military service.

Pennington, a land surveyor, prior to the county being formed, named a large township after himself which became a portion of Bradley and Cleveland County. Pennington Township in Bradley County is the largest and most populated township in the county.

In 1868, the State of Arkansas’s first Land Commission, Dr. James M. Lewis, sought to publish a report listing all the attributes of each county in Arkansas.

Multiple surveys were sent to local elected officials for fill out and return to Little Rock, two copies of Bradley County’s information are to be found in the 1868 report, one signed by W.W. Hughley, the Circuit Clerk, the other by T. B. White, Bradley County Judge.

Both reports differ slightly, leading one to believe the two men did not compare reports or perhaps never mentioned to the other about the questionnaire.

And so, it begins for me as a Pastime of Bradley County.

Here at this holiday season as we celebrate Thanksgiving, Christmas and ring in a New Year, there will always be differing perceptions of time, place and memories.

For many of us who do not today live in Warren and Bradley County since childhood, it remains and will forever be a magical place.

For those to have continued to live here it is solidly home. Again, a place of not just childhood memories, but of a life well lived. It is a place of all memories, good, bad, indifferent. A place of happiness, anger, pain and sometimes even suffering, death and sadness.

Those who fill the beautiful resting places across the county it is a place of heritage, memories and of time passing all us who walk above where the rest in death’s slumber.

Across the ages, the talk of Bradley County’s industrial attributes has hovered around rich farm lands and large timber holdings of lumber for use far away from the piney woods whence the timber grew. There was always talk about factory work, be it in apparel, home décor, or other industry which has come and gone over the decades. There have been some great successes and again also some great sadness over the plight of businesses here.

The fond and positive writings about the public schools, public services and many notable men and women who made a name not for themselves, fills the history books. Likewise, but in fewer instances, some scallywags, yeggs and notable offenders for the law have lived here as well.

Legacy in mercantile and banking names still persists through multiple generations. The love for a downtown store, a diner or a café, or drive-in restaurant still remains, and almost every one lasts in our memories.

The county is also home to many churches and congregations, more perhaps per capita than another community our size.

A long lasting and iconic county courthouse rises above the surrounding buildings and landscape to remind us of the complex legal wrangling, public trials and even the jurists and prosecutors who stood at the legal bar over the decades.

All such recollections gives us, as natives or residents, an immense pride.

As do the long repaired and signature red brick streets of the county seat in Warren.

As do the volunteer efforts to preserve and keep clean the downtown.

As do the long straight and functional private industry and county roads, subdividing these immense tracks of timber resources.

As do the lost lakes of south Bradley County which yield some of the best fishing found anywhere.

As do the piney woods, home to perhaps the largest whitetail deer populations in the state brought back from the brink of extinction a short seven or eight decades ago. There are hidden glens and pastures filled with browsing wild turkey, bobcat, fox and other fur bearing animals a plenty.

But most of all from all walks of life, the people in Bradley County, both Black, White and Hispanic, who are there everyday making up the magic fabric of the community.

The politicians there now may be or not be well liked, they are only keeping warm that seat of power. It too, shall pass on to others in due time.

The kindest, most caring and selfless people, by a large, inhabit Bradley County.

Sure, there are a couple of old sourpusses and a pair of aginners, I am sure to be found there too.

So, on this day to honor Bradley County as observing another year on the calendar of history, remember this:

There is no other place on this planet that matches its aura and magnetism for those who grew up here – no matter where they roam.